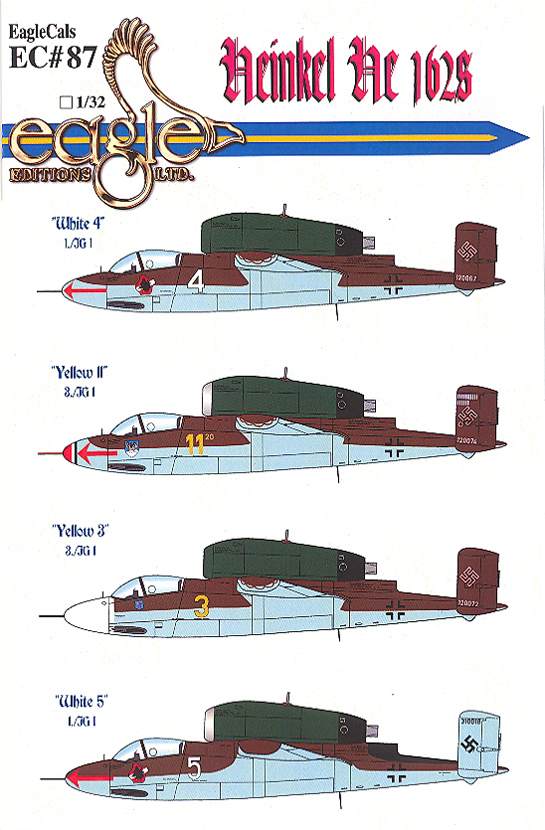 Eagle Editions provides the modeler with eight optional decal schemes for the Heinkel 162 in 1/32nd scale. These decals are to be used with the Revell Germany kit, which was initially released in 2004. The markings are provided spanning two separate sheets. This is a review of the second sheet, whereas EC#86 can be reviewed here.

Next is “Yellow 11”, W.Nr 120074, flown by Oblt. Karl Demuth when he was Staffelkapitan of 3./JG 1. These markings are supplied in the kit, yet they are inaccurate as identified with the instructions from Eagle Editions.

The instructions provide complete painting details incorporating side, upper and lower views. The official color diagram is included, however there are variations between RLM 81/82/83 and RLM 70/71 as stated in the text. For modelers wishing to make there own interpretations, five previously published photos are included. Additional references are identified for those modelers with access to a good reference library. Complete stenciling information is also provided. 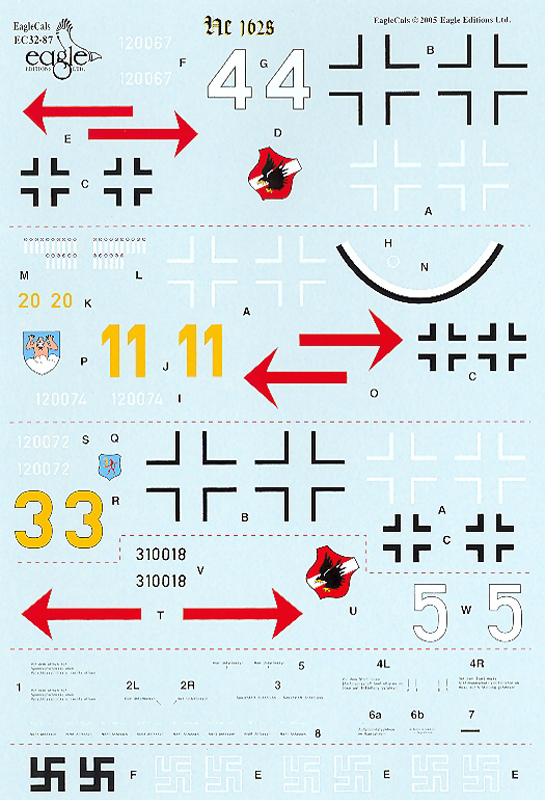 The decals are printed over a single page. Printing looks very good with no visible carrier film and I anticipate little trouble applying them. National insignias are supplied for two aircraft, however adequate stenciling is provided for a single subject. Modelers can find additional stenciling with the kit if needed.

Eagle Editions continues their trend of supplying well-researched markings for the scale model builder. I can recommend these decals without hesitation as they provide viable alternatives to the kit supplied markings.