Every year my hometown holds a charity air show for the United Way and every year this is always a surprise. This year held a very nice surprise indeed.

I had arrived early to beat the crowd that was expected and, while wandering around taking pictures of aircraft on the flight line, I came across an open hanger. When I peered inside, there, sitting alone, was an original Spitfire Mk IX! There is a god! Wasting no time, I got out my camera and started to take as many detail shots as I could get. Eventually, I realized there were two gentlemen watching me. They were very pleased to let me finish, but they also had to ask me to finish up. They were about to take the plane to the flight line, where I would not have access.

It turned out to be one of my better finds. The plane is owned by the Russell Aviation Group at Niagara Falls and they also own a Hurricane and a Messerschmitt Bf 109E. Here is the URL for the group’s website: http://www.ragairshow.com. 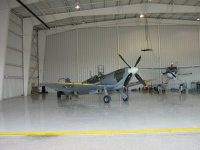 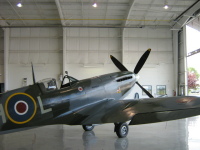 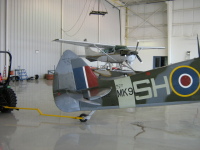 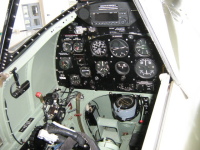 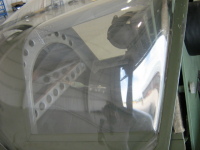 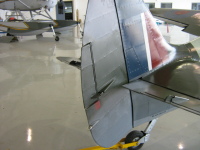 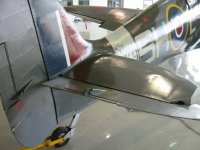 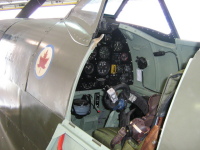 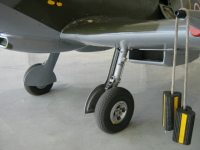 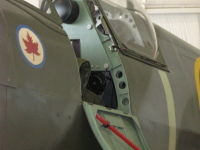 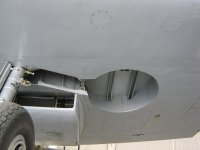 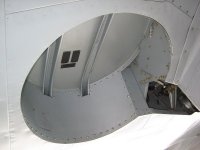 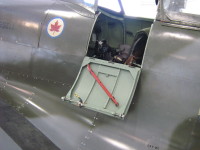 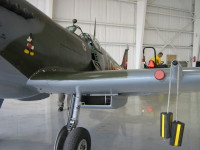 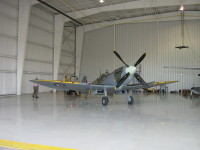 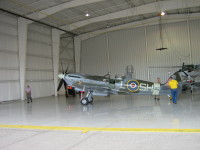 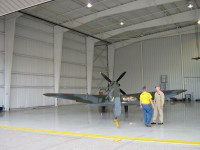 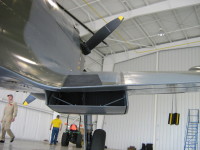 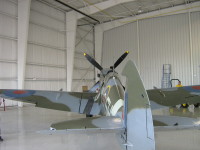 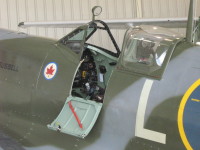 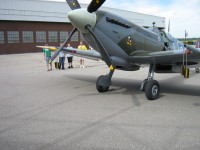 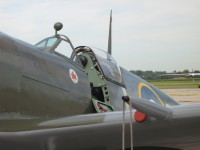 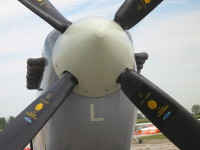 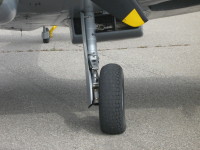 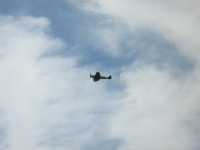 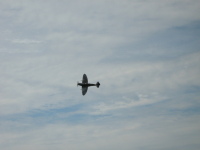 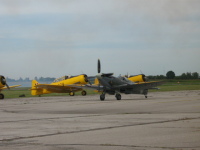 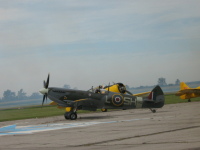