The (Italian) Piaggio engine (IX or X) is a 9-cylinder radial with a rather low power and was used in transports like the Savoia-Marchetti S.M.81 Pipistrello. The engine in the museum is mounted in a black wooden frame. On its left-hand is another radial mounted in a dark yellow frame (it is useful to keep this in mind because it helps to identify the viewing direction).

Photo 1 (above) is a front view of the engine. Photos 2 and 3 (above) show the engine from the right, 2 the top, 3 the bottom. Note the identification plate and stenciled number on the propeller reduction gear. 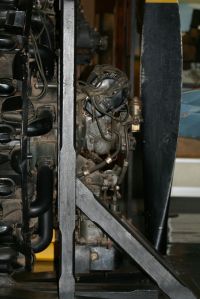 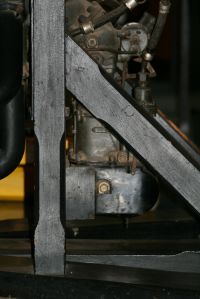 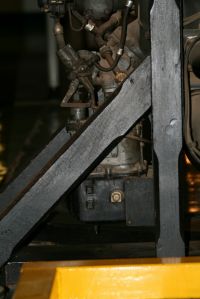 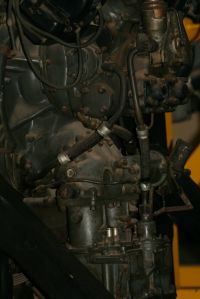 Photo 4 (above) shows the engine from the side. There is a propeller standing behind it but that does not form part of the engine display. The black pipes at the back of the cylinders are the exhausts. At the back/bottom is what is likely the carburettor while the black, more or less oval part at the top with all the cables is one of the magnetos. There is a second one behind it on the other side. Photos 5 and 6 (above) show the bottom with the carburettor in more detail from opposite sides. Photos 7 and 8 (above) show the bottom, more from the back. 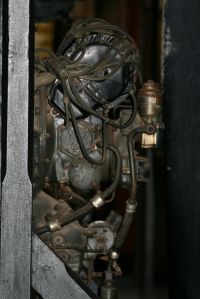 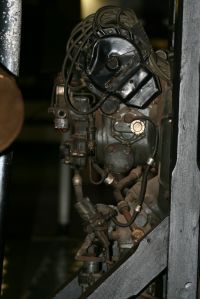