The Focke Wulf Fw190A-6/R-6 was a radar-equipped night fighter. The outboard 20mm cannon are mounted in underwing containers. According to information on Wikipedia this aircraft was operated by 111/NJG11. It was captured intact at the end of the war and sent to Farnborough. After that it was sent to South Africa. According to the same source it has undergone a restoration.

The R-6 (Rüstsatz 6) is a bit puzzling as it usually refers to underwing rocker launchers. If I read Breffort & Jouineau (Histoire & Collections 9, 2007) correctly, the wing ‘antler’ radar antennas are indicative of a FuG 218 III J radar (the R-11 with FuG Neptun J-2 had additional antenna on the fuselage). 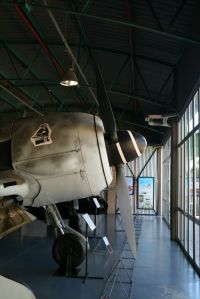 Photos 1 through 6 (above) show the aircraft from various angles.

Photos 7 through 17 (below) shows the main gear wheel bays and undercarriage details. The tubular construction in photo 8 is around the inboard cannon (so the barrel of the cannon is not exposed in the wheel bay. All photos except 16 and 17 are from the front. Photo 14 is (intentionally) at a rather odd angle. Photos 16 and 17 are more from the side and show the back of the engine at the front of the wheel bay. 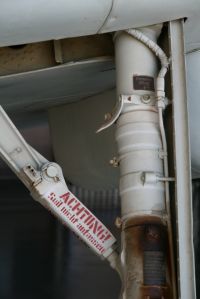 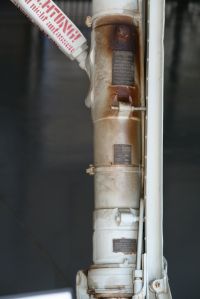 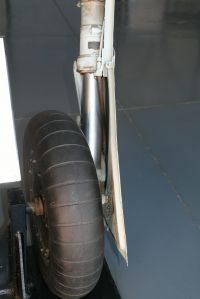 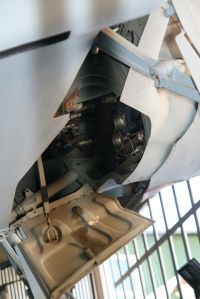 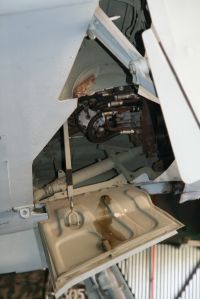 Photos 18 through 20 (below) show the radar antennas on top of the wings. Photo 18 shows the antennas on the port wing as seen from the back. Photos 19 and 20 show the antenna on the starboard wing, from the front and the side.

Photos 21 through 24 (below) show the armament. There is something strange about the inboard cannon. The one in the port wing doesn’t stick out while the one in the starboard wing protrudes beyond the leading edge. I doubt this is original. On all references I have seen the cannon stick out, and in fact quite a bit more than even the starboard here. The outboard cannon in the containers also look to be far too short and possibly the cannon are dummies that were put there at the time of the restoration. Photo 24 shows the ejection chute of the port outboard cannon. 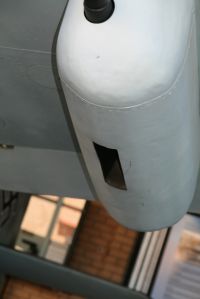 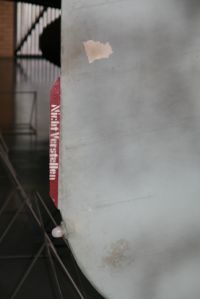 Photos 29 and 30 (below) show the tail. Photo 31 (below) shows the DF loop which is a thin strip of metal, not a wire with circular cross-section.

Finally photos 32 through 35 (below) show what is exposed of the engine.