Photos were taken at the Mosquito Museum, Salisbury Hall (England), in 2011. This Merlin comes from an American photo-reconnaissance Mosquito that crashed into the sea. There are lots of pieces missing but despite the long immersion in sea water, the starboard magneto and starter engine only required cleaning to work. The missing parts provide a good opportunity to observe detail that otherwise is hidden. 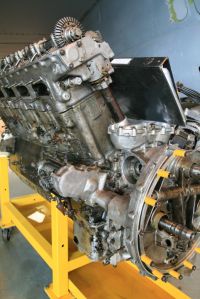 Photo 1 shows the port side of the engine a bit from the back. The back end of the cylinder bank with its cam shaft drive is clearly seen. There is a black folder lying between the cylinder banks.

Photo 2 shows the port side as well. The cooling pipes between cylinders are seen, while the main horizontal distribution pipe is gone. The red-rimmed holes belong to that pipe. Also gone are the spark plugs (holes underneath the exhausts), generator, port magneto (the triangular plate with a hole in its center is where that would have been) and the fuel pump (the round hole further down). The irregularly shaped hole to the right is a smashed-in piece of the supercharger. 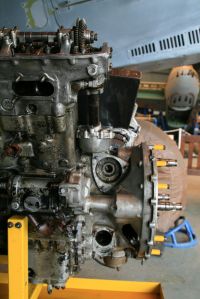 Photo 3 shows the back end from the port side. A large part of the supercharger is gone.

Photo 4 shows a detailed part of the bottom of photo 3. 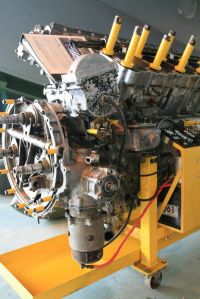 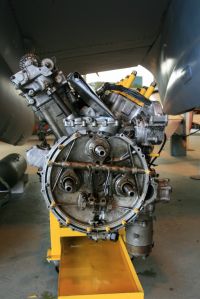 Photo 6 shows a view straight from the back, with internal structure of the supercharger visible. 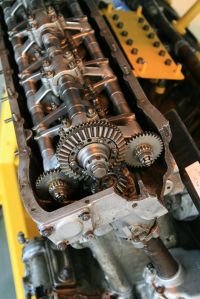 Photo 7 shows the port cam shaft and its drive coming up from below. The yellow panel with black buttons further back is not original.