To say this set from VP is in stark contrast to the previously reviewed products by Jerry Rutman aptly describes what appears to be a lack of regard for accuracy and in some areas sheer imagineering! Again designed to fit the Hasegawa D-9, this set in my estimation really fails to deliver the goods. Where to start? Well…

The cockpit tub whilst fitting the kit well has several detail defects ranging from a strange cannon breech like cover in front of the control column complete with spurious instruments to a radio/ MW50 tank compartment which is devoid of accurate detail. To go into detail this area comprises an extension of the cockpit floor aft of the seat bulkhead (from which the fuel cells are suspended in all Fw190 variants). Verlinden choose to replicate a series of boxes and a framework which is not apparent on any of my references and published engineering drawings. The inclusion of the MW50 tank but without the very obvious support cradle or the bulkhead to which this is mounted alas sealed my disappointment with this expensive collection of resin. 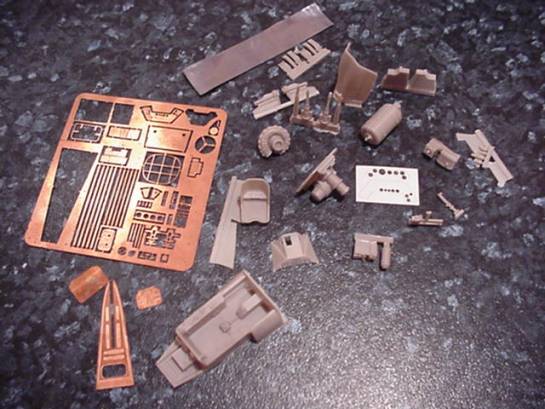 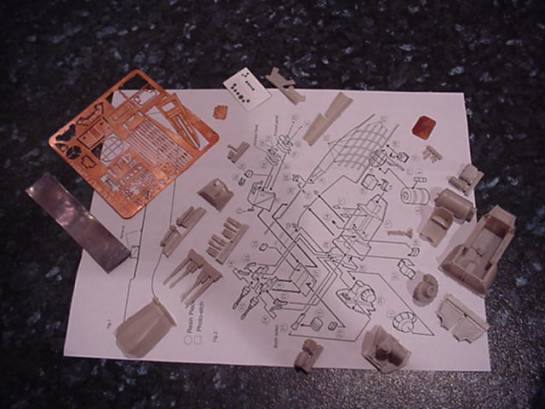 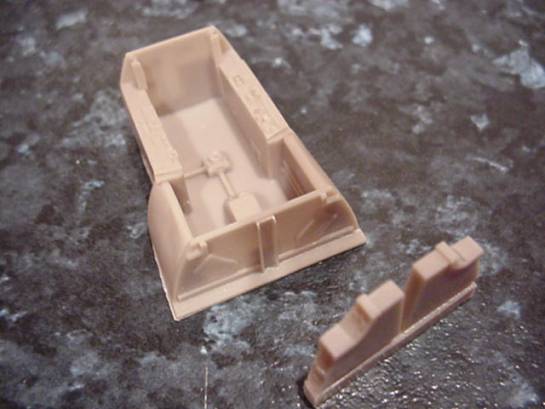 Ok so lets go forward and under the upper cowling a set of MG131 guns complete with electrical firing detail boxes is mounted on an etched brass upper deck plate, which in turn is attached to a new resin windscreen mounting. I don't see the point in the two parts being separate and a one piece gun deck and windscreen coaming would have been easier to cement and make the whole area more stable, but who am I to argue…The MG131s are respectable but suffer from the same problems as the Rutman set with inaccuracies with the perforated barrels. C'mon Verlinden, there are enough 48th scale renditions around of an MG131 to copy, why let down the 32nd guys. 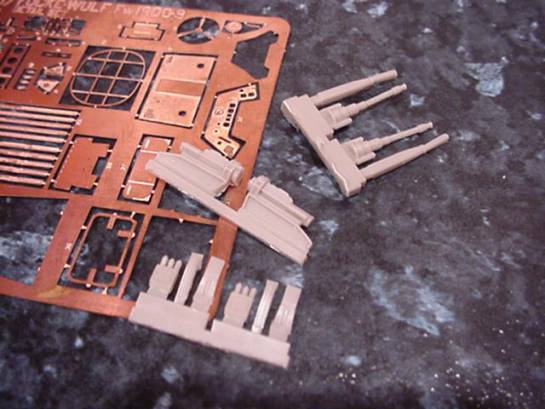 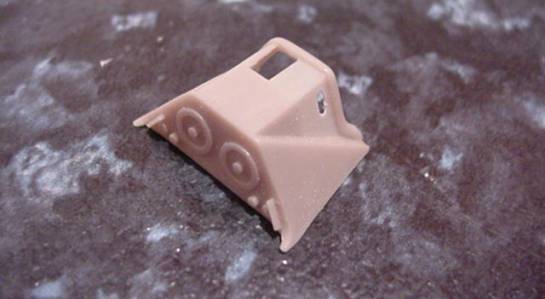 Moving into the cockpit area sees the largest hunk of resin in this set, the cockpit tub. On the plus side it fits the kit well and includes two sidewall inserts. What it doesn't replicate are the canopy rails, which in 32nd are very evident. Come to think of it the tub is inaccurate in basic shape. Let me explain….

The Focke Wulf 190 series airframes from the A-5 onwards are with minor differences all identical in that their fuselage shape from the firewall back to the tail transport joint ( rear fuselage extension on the Dora series) follows a sharply tapering planform.

The cockpit follows this and as is visible in scale drawings and published photos the side consoles taper to the rear . Put simply the cockpit tub is wider at the pedal end than it is at the seat bulkhead. Oh I nearly forgot the seat pan also tapers to follow this shape er… but not according to Verlinden. The bulkhead behind the seat should be open, the armoured seat back acting as protection for the pilot whilst the adjustable seat attaches to rails either side (the gap at the top of the seat is protected by a folded piece of armour plate which extends down behind the seat for about 6 inches). Again Verlinden have chosen to build a solid bulkhead here. You start to wonder just which full size aircraft was used to create this detail set…. 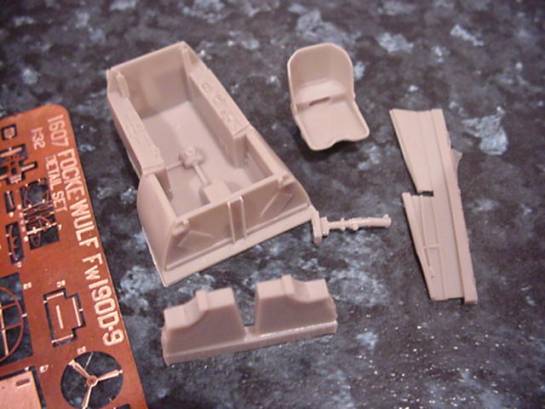 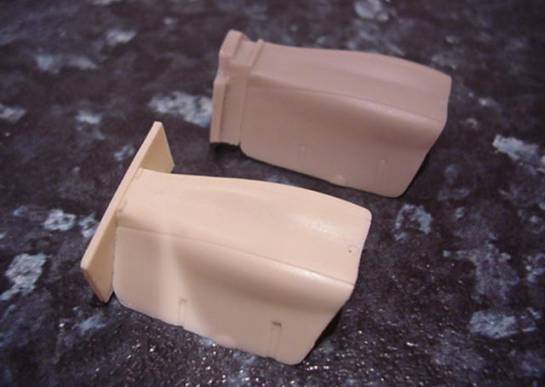 In all honesty I can't recommend this set and anyone wishing to use it as a basis for a superdetailing project has their work cut out modifying the shortcomings, just don't build it as is and expect to win any shows.