Master Details from USA has just announced their newest release in 1/32; a jet pilot figure configured primarily for F-100 and F-5 models.

The pilot is wearing the HGU-2P helmet with the MBU-5P oxygen mask and hose. He is also wearing the BA-22 backpack and parachute.

This guy has identity issues, but that's to be expected if you have four heads! Two of these heads have the oxygen mask in place; one with the visor up and one with visor down. The second pair of heads are sans mask, also with the visor raised or lowered option. The arms can be positioned as well. A decal sheet is included for flight suit patches that cover several F-100 units in both the Air Force and ANG as well as F-5 units in the aggressor role or foreign service. These tiny stickers are bound to be the perfect detail to tie your figure to the aircraft being modeled.

While a review sample was not available for this review, previous exposure to the Master Details from USA products makes me confident that the resin molding should be crisp with minimal clean-up required. 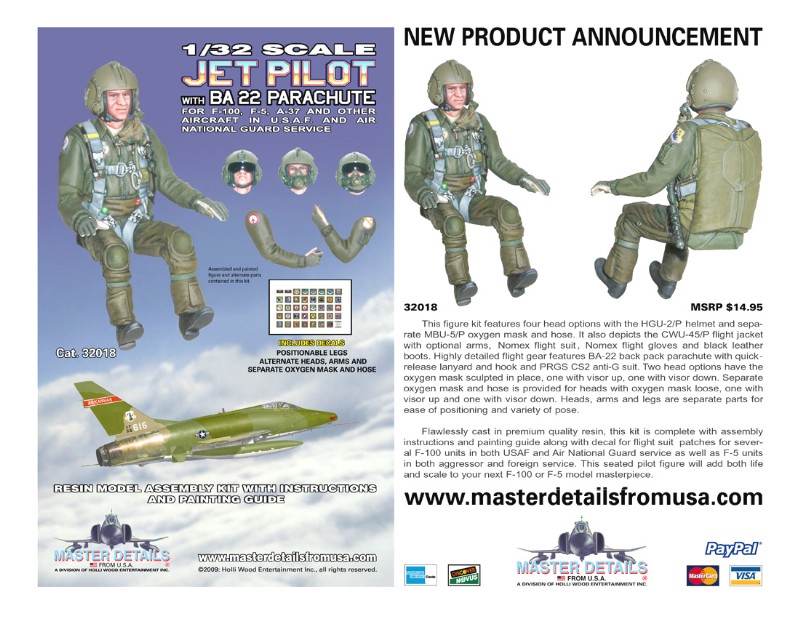