Revell first released their 1/32nd scale F4U-1 Corsair in 1970. It has been released in many different versions including a rare "clipped wing" design with RAF decals. This kit certainly looks like Vought's "bent wing bird", out of the box. Revell correctly duplicated many of the external details, however internally the model suffered from an inaccurate cockpit and open wheel wells void of any details. Today, the model is still widely available.

One of the most frequently asked questions comes from modelers looking for aftermarket resin items for the Revell Corsair. This is a review of the items available from Mike West of Lone Star Models, who supplied the first aftermarket sets. They supply a new cockpit, wheel wells with tires and gear doors, dropped flaps and a Birdcage conversion set. 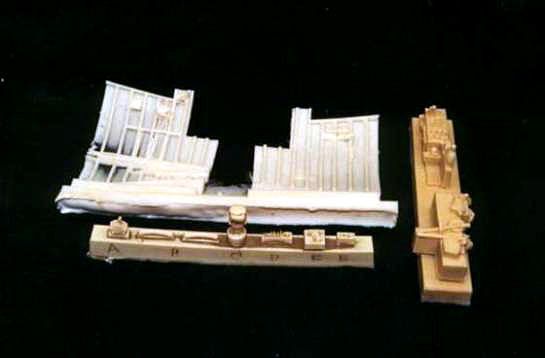 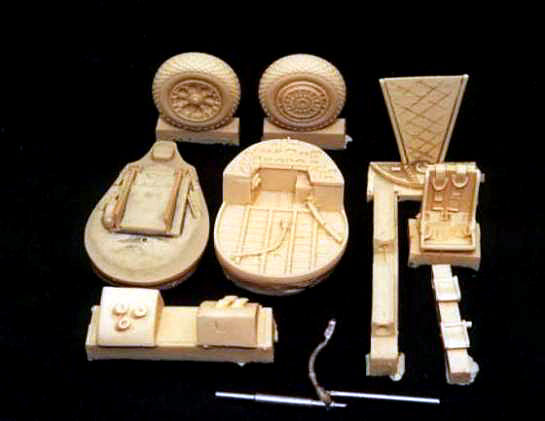 The cockpit supplied by Revell is completely inaccurate. It comes with a solid floor, which was found on later versions. The console detail is poor and the side walls are non-existant. Lone Star has supplied the modeler with a very detailed cockpit. The scan shows the set I received as part of the Birdcage conversion. The instrument panel comes with recessed instrument faces and plenty of detail on the forward bulkhead. The side walls are cast very thin; caution would be in order here. The side consoles closely match the photographs found in Detail and Scale. All the small levers and knobs are nicely cast onto the resin parts. There is nothing for the modeler to add. I did find one of the boxes on the right console to be incompletely cast. A new gunsight, throttle quadrant and other small details have been cast separately. Foot troughs with rudder pedals open the floor to the bottom of the fuselage, alleviating that problem. However, the opening for the window at the bottom of the fuselage is not included. The seat belts are cast directly on to a finely crafted seat. The rear bulkhead is thick and sturdy. There are lots of small details cast on it, including seat supports and an oxygen bottle. A white metal control stick with actuating rods complete the cockpit set. 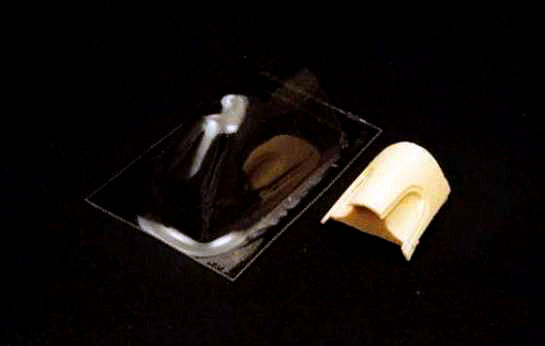 The Birdcage conversion incorporates two different styles of canopies with no molded framing. Note: Only one canopy is shown in the scan. A new resin piece replaces the upper part of the fuselage for the rear window cutouts. No clear plastic is included for these windows.

The clear, pencil sketch instruction sheets are easy for the modeler to follow. There is a complete break down of all the parts and a step by step construction sequence. No painting information is given, so additional reference material will be required. 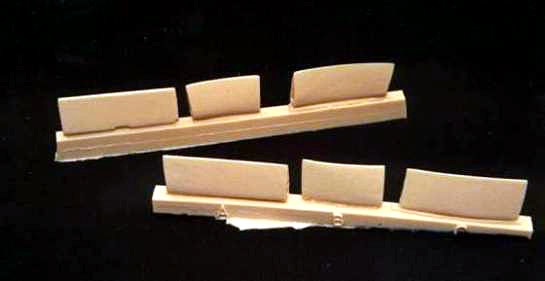 A flap set for the Corsair has also been made available. This allows the modeler to drop the flaps, if so desired. Instructions are included. It is a simple matter to cut away the flaps on the wings and replace them with the resin items. Be aware, when cutting out the spring loaded fairings ahead of the flaps, Revell has mismatched the raised surface detail on the underside of the wings. The fairings ahead of the dropped flaps are different sizes on each side of the model; there is no mention of this in the instructions. 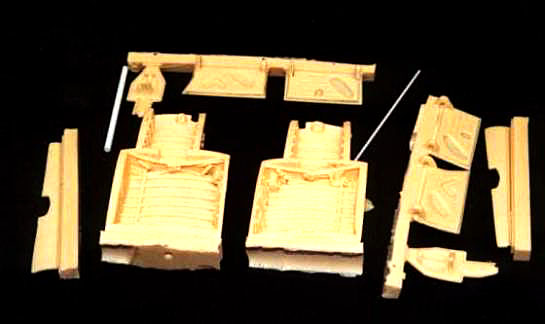 The wheel well update set is proving to be a very popular release. Complete wheel wells and all gear doors cast in great detail are included. It is a simple matter to remove the raised detail on the inside of the wings and attach the new, one piece resin wheel wells. The doors are complete with details and hinges that are not found on the model. Thankfully, Mike has cast the main gear doors to the proper size. Note: The gear door openings on the Revell kit are inaccurate. The inboard portion of both wheel wells has to be lengthened to properly accept the replacement units. The instructions do not state this. Plastic tubing is enclosed to make the actuators for the main gear doors, as specified in the instructions. Resin tail wheel doors finish the set.

Two different wheels sets are offered. The modeler has the choice of smooth or treaded tires. I have not seen the smooth tires, therefore I will not comment on them. The treaded tires are perfectly cast with exquisite hub detail. The tread pattern is crisp and sharp.

Grouped together, I would rate these detail sets with four out of five stars. A modeler with previous experience should have no difficulty in adding Lone Star's resin sets to the Revell kit. I am sure that a very stunning F4U-1 would result!