Our first company is Dutch Profile whose second article on new decals sneaked in under the radar. Prior to that we were provided this glimpse of their latest release book, seventh in a series. This book is on the TBM Avenger in Royal Netherlands Navy. I don't have a copy of this book but it will contain photos, profiles and some decals in the smaller scales. I have read that the text will be bilingual but you could check with suppliers who stock Dutch Profile products.

I contacted Dutch Profile to find out more information to find out who they were and what they were about. I met up with a Lucas (Luuk) Boerman who is the energy behind these publications. As it turns out Lucas is passionate about planes and history making him almost an honorary LSP member. He's been the co-author of The history of camouflage and markings concerning aircraft of the Dutch forces and has produced Dutch Decal Sets for the modeller for 18 years. I noted that some of these were even in 1/32 scale ;)

Whilst Dutch Profile is one of Luuk's private ventures all participants in these publications are voluntary and operating on a non-profit base primarily just for the public good. To that end Dutch Profile's goal is trying to record and file as much as possible. Personal histories, pictures, technical data, war stories, old publications worthy of being re-released are sought after as much as possible.

As Luuk encourages on his website, anyone who feels able to contribute to any profile are encouraged to contact info@dutchprofile.nl with any textual and/or pictorial information.

I'd encourage members to drop into Dutch profiles website http://www.dutchprofile.nl and check out what Lucas has on offer. If you click on the link that shows you all the profile books and decals you can see some pretty unique products that look very interesting for LSP members. One of the decal sheets also just released is a 1/32 sheet on the following Dutch aircraft: B-339, P-40 and the Hawk 75.

A big and special thank you to our LSP member Jack Gryskiewicz for some rapid translation work. Finally, and also a big thank you to Luuk for helping us LSP staff with some obscure but very interesting profile questions for an up and coming project. 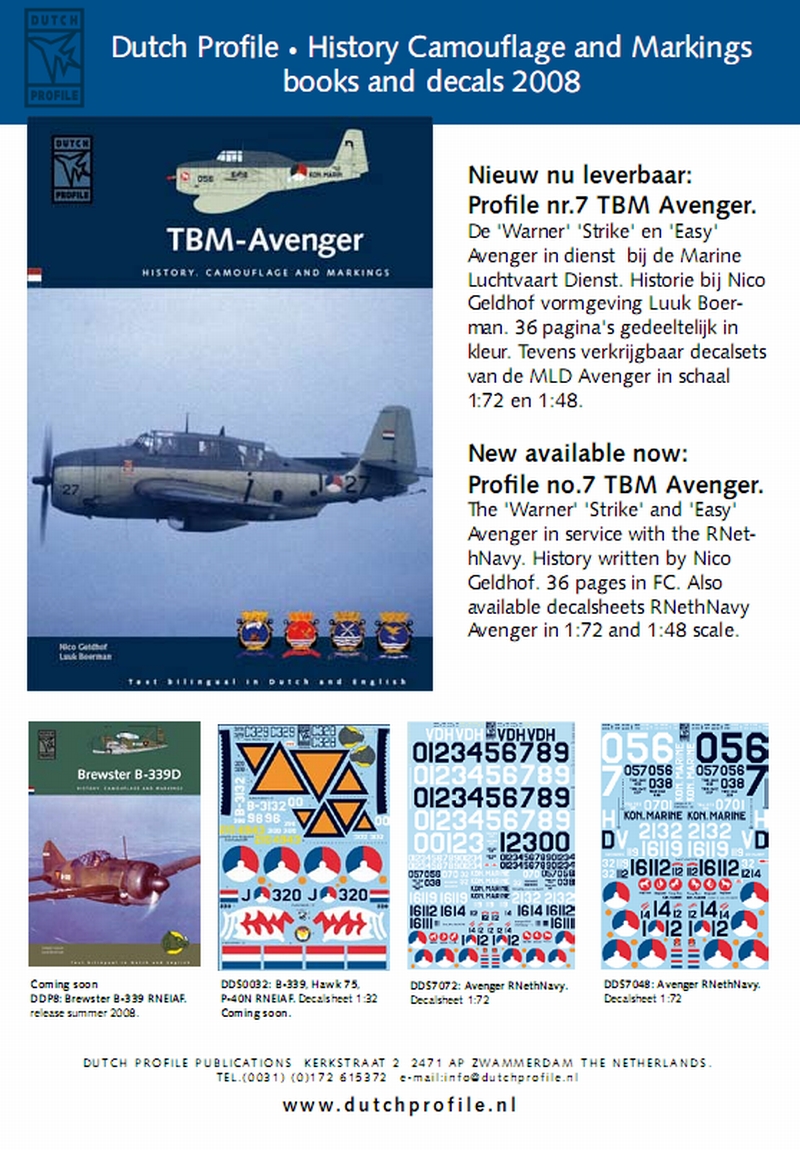