With the new Trumpeter Corsairs around, a number of decal sets have surfaced from various manufacturers lately. Those designed to the F4U-1 can find their place in the old Revell offering as well, but the F4U-4 means a really new option for Corsair lovers. This set from Cutting Edge Modelworks decals is the third in the series for the F4U-4 recently released, but the only of them offering a non-overall blue version.

The sheet brings decals to decorate two versions: a F4U-4 from Olathe Naval Reserve Training Unit and a F4U-4B from the famous VMF-214 Blacksheep squadron. Both are post war birds from the late 40´s/early 50´s. You can make both models from this sheet,increasing the value of the sheet. 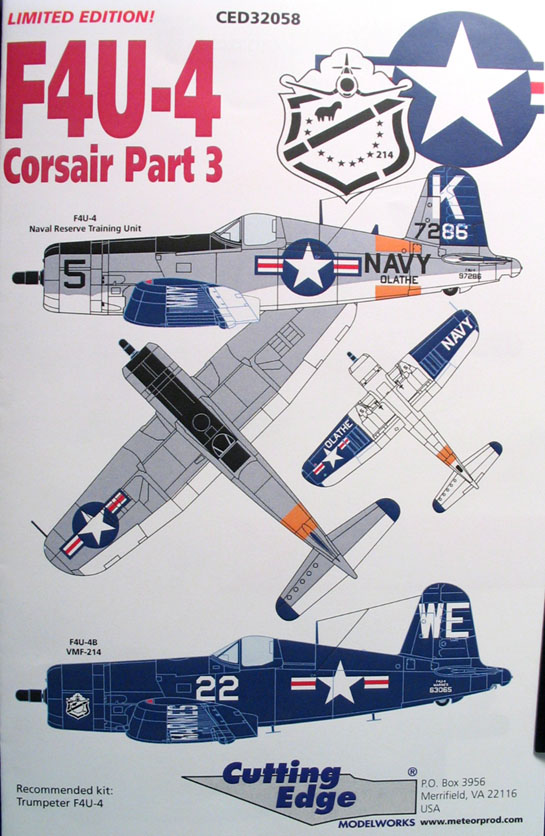 The product brings two sheets (one multicolor and other printed in white). Both are very well printed, with the register marks of the multicolor one spot on in my sample. The markings are thin and, from experince with Cutting Edge decals, they will conform very well surface details and sustain setting solutions where needed. 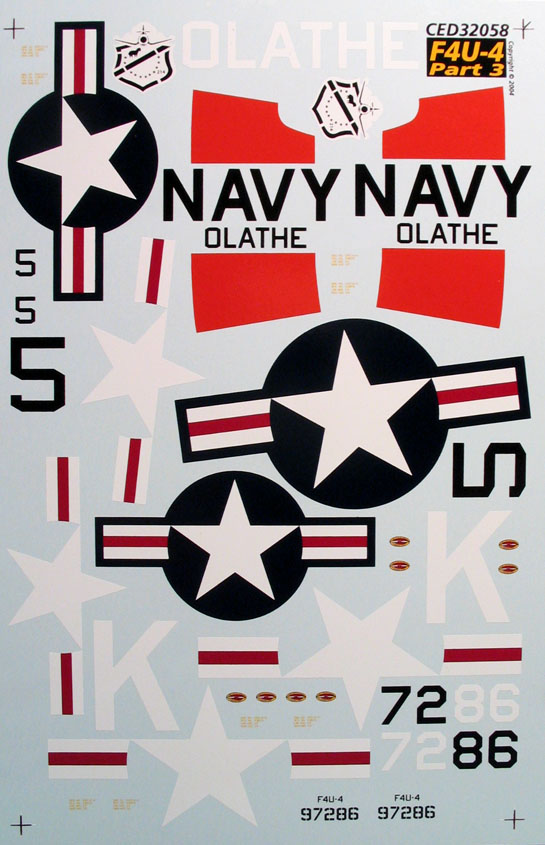 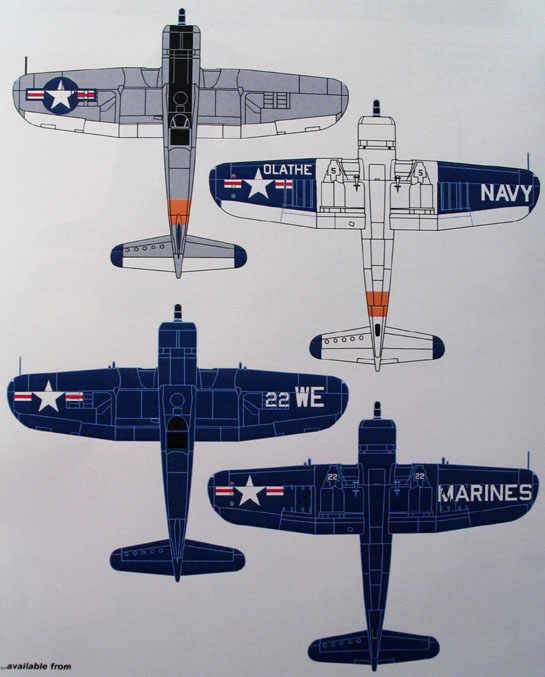 As for the Corsairs depicted in the sheet, let´s start by the Blacksheep version. It is an overall Glossy Sea Blue Corsair white #22. This aircraft served from scort carrier USS Sicily during the Korean conflict, late 1951. I failed to find a single photo of the squadron Corsairs depicting the famous Blacksheep logo on the cowling as the instructions state. However, in spite of verifying many squadrons photos of that period, none of them was on the white #22 in particular. I´ll leave you with the doubt here, so check your references.

Another point of doubt is that the VMF-214 Corsairs of that time usually had a red trim on the propeller hub and the tail cone. They are not depicted in the instructions neither. Equally important is that this is a F4U-4B, so the Trumpeter kit must be modified to include the four cannons intead of the six machine guns. The launch rails are also different than the ones in the kit. 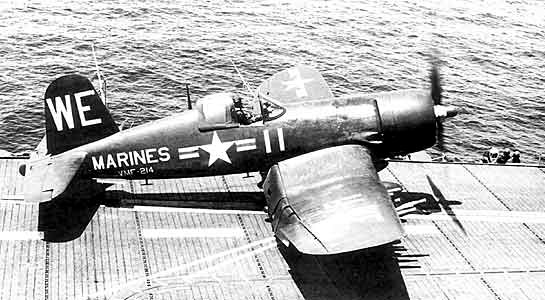 A Black Sheep F4U-4B #11 gets the signal to launch from USS Sicily for a mission against the communists. Note the lack of squadron´s badge on the cowling and the prop hub red trim. 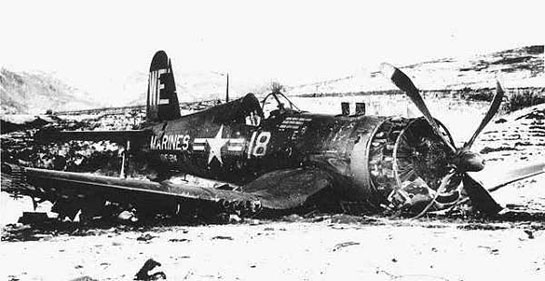 This F4U4-B from VMF-214 was lost in December 1950. Note the mission markings ahead the canopy.

The gray/white #5 Olathe Corsair is also a complicated - but no less interesting - subject. This particular bird was kinda Frankstein Corsair, incorporating many spare parts from other Sea Blue aircraft. Officially, it is the BuNo 92786 from NAS Olathe, Kansas. The airplane used to be out at the airport at Blythe, California during late '50s - mid '60s, as witnessed by some readers.

Thanks to Jim Baker, who sent me some photos of this very aircraft taken by his father, a number of issues seem evident, as shown by the photos below. The outer flap of the right wing should be GSB instead of white, as stated in the instructions. The same occurs with both upper outer wings. Curiously, the left horizontal stabilizer is also GSB. However, the left side view of the instructions leaves a hint of that, although the top/bottom views don´t. And since the instructions don´t show the landing gear details, it is worth to note that the left wheel hub is white, while the right one is GSB. Another omission of the instructions are the panels of the exhaust recesses areas, which seems to be painted either sea blue or black on both sides of the aircraft. Finally, the black #5 should be applied on the inner bottom wing, and not on the landing gear door, as called in the instructions (and the size of the figure seems to be larger than the one given in the sheet).

This particular Corsair shows signs of its age, with many (not so carefully) oversprayed areas and patches. 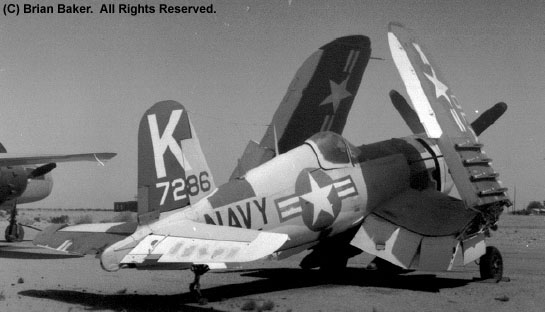 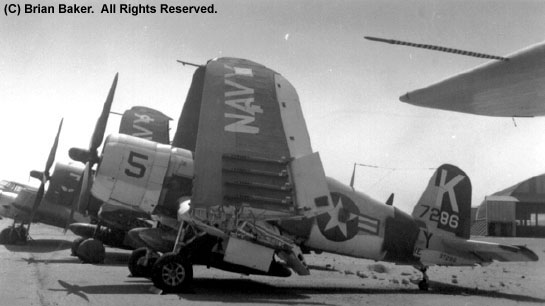 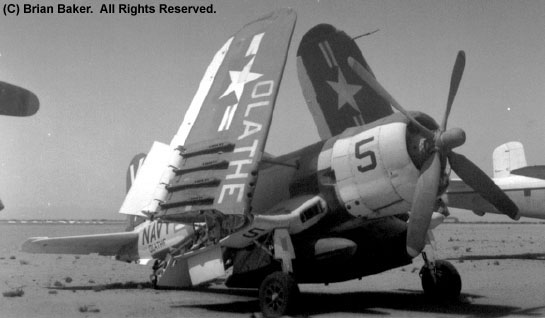 Both versions are very interesting subjects, of a yet not much popular Corsair version (in 1/32, I mean). It is possible that CE used photos of a different time to design this sheet, so be warned about the issues pointed out in this review. I´m ranking this sheet five stars maily for the quality of the decals, regardless the possible mistakes in the painting instructions.

Recommended, but check your references before loading your airbrush.