Twobobs Aviation Graphics has just released another new decal sheet for the F-16C. The instructions state the decals can be used with the Tamiya, Academy and Hasegawa kits in 1/32nd scale. 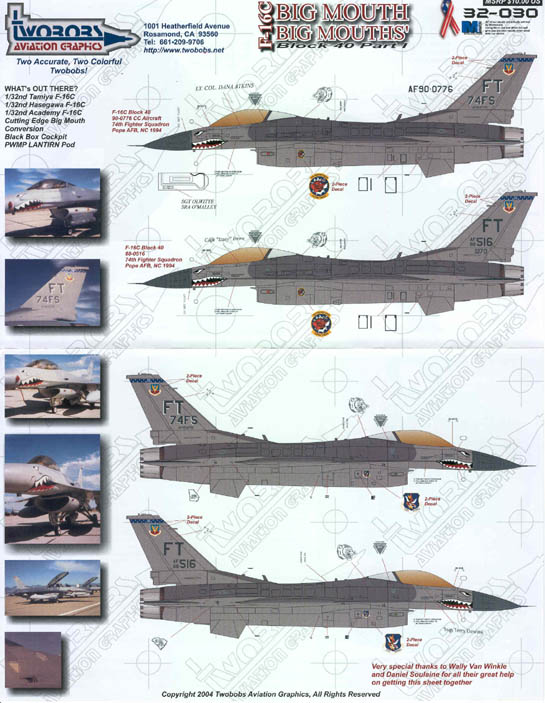 The instructions provide complete four views of the aircraft with color chip information. Nine thumbnail photos are also included providing additional details of the aircraft. Twobobs also provide text about pertinent details of the Block 40 F-16C. As noted on the instructions, “scab” plating on the fuselage is a feature of these aircraft, which may require additional detailing by the builder. Though Eduard is identified as offering this plating, I believe this may be for 1/48th scale kits only. 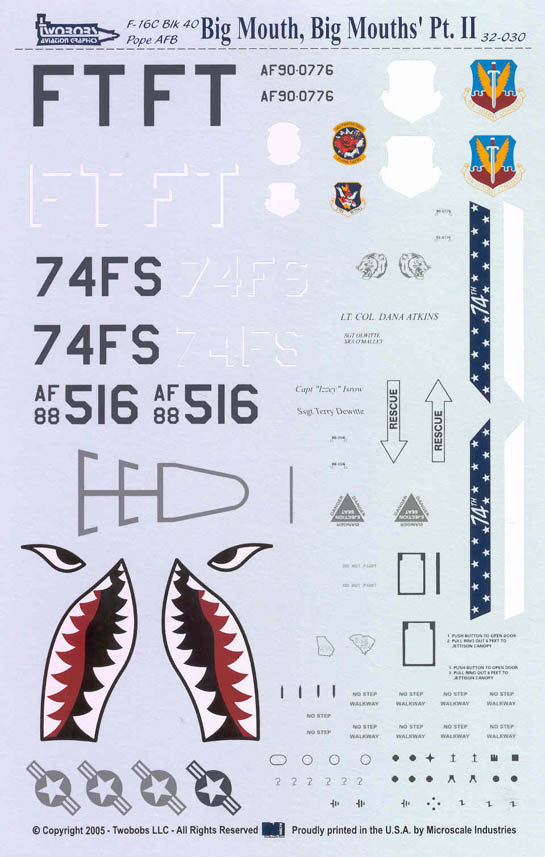 The decals are printed over a single page. They appear to be well printed with minimal carrier film. Stencils and national insignia are provided for only one aircraft.

The sharkmouth design is a striking feature on these aircraft. It brings much needed color to the lo-viz schemes currently used. I am sure these decals will sell quickly given the popularity of the subject. I recommend these markings to anyone looking dress up their F-16 with a splash of color.