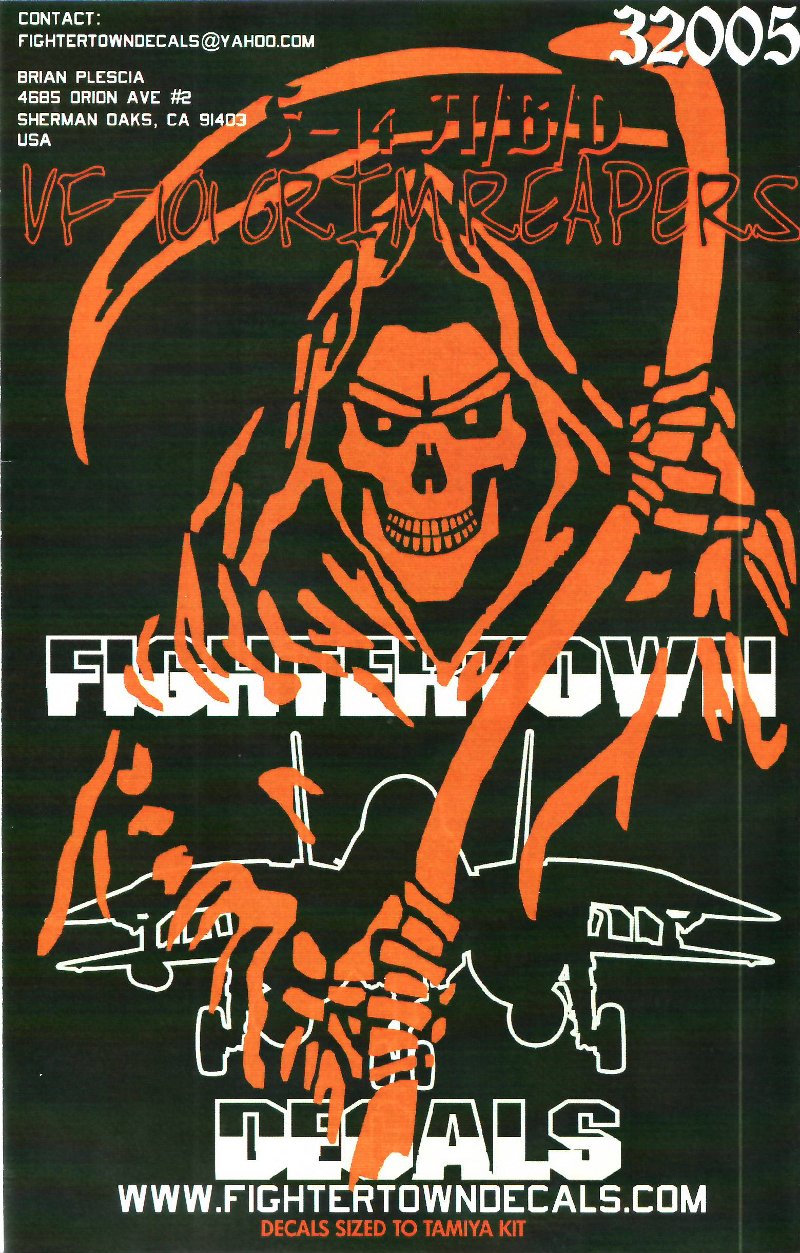 Fightertown Decals is known for their excellent decal schemes for Naval jets - especially the F-14A, B, and/or D. So, what collection would be complete without markings for VF-101, The Grim Reapers. Synonymous with the Tomcat, the Reapers have one of the best known squadron markings - aside from the Jolly Rogers of VF-84. So, we have before us a set of decals that covers four separate aircraft with those colorful markings.

The set depicts four aircraft of VF-101 from roughly 2001 through 2004. One of the aircraft included was an F-14A the took part in the F-14 Demo Team from 2001 to 2003. Each of the three remaining aircraft are represented in two different marking schemes - one for the early version of the Grim Reaper painted on the tails and another for the later style painted on the tails in 2004. So, this set contains the following aircraft:

The decal and painting guides are in full color and contain lots of notes for the modeler. Pay close attention to those notes and take your time. 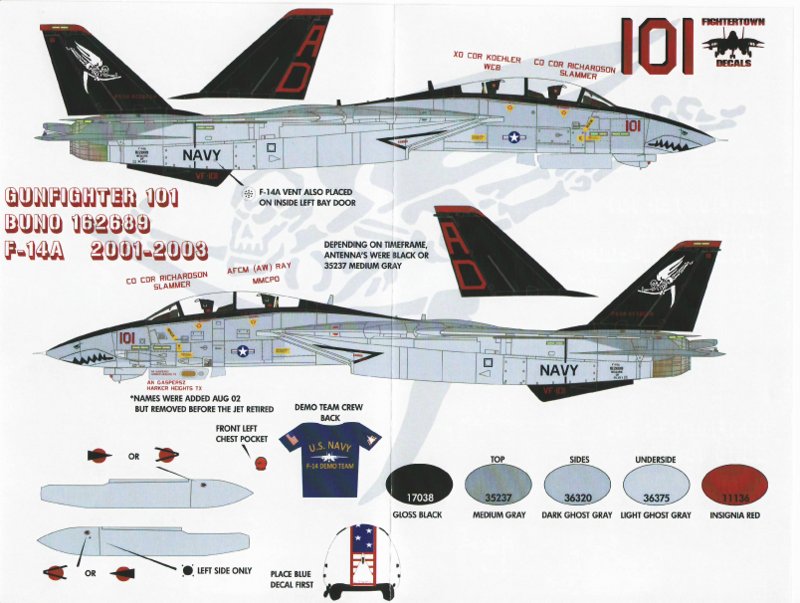 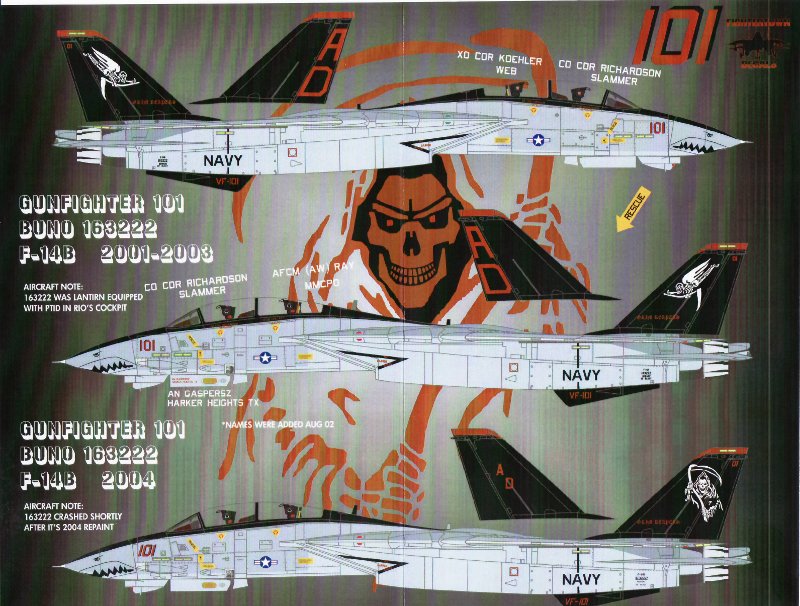 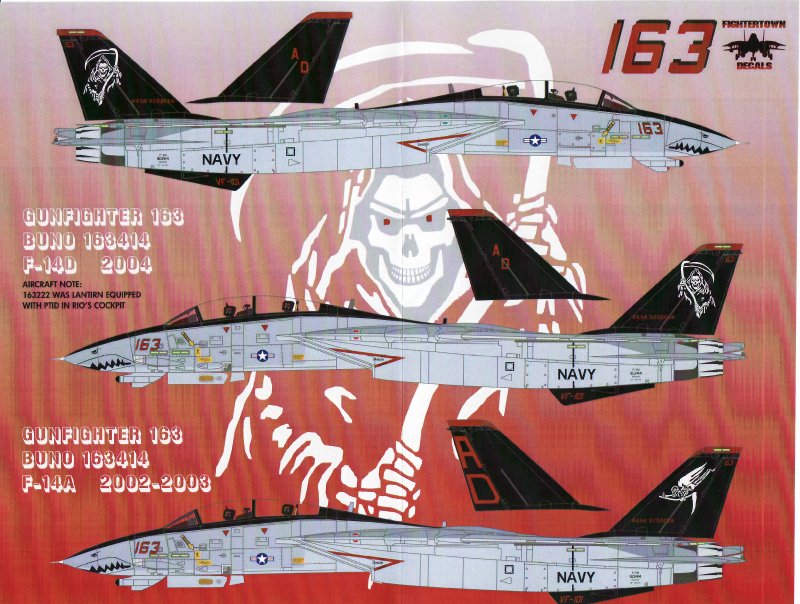 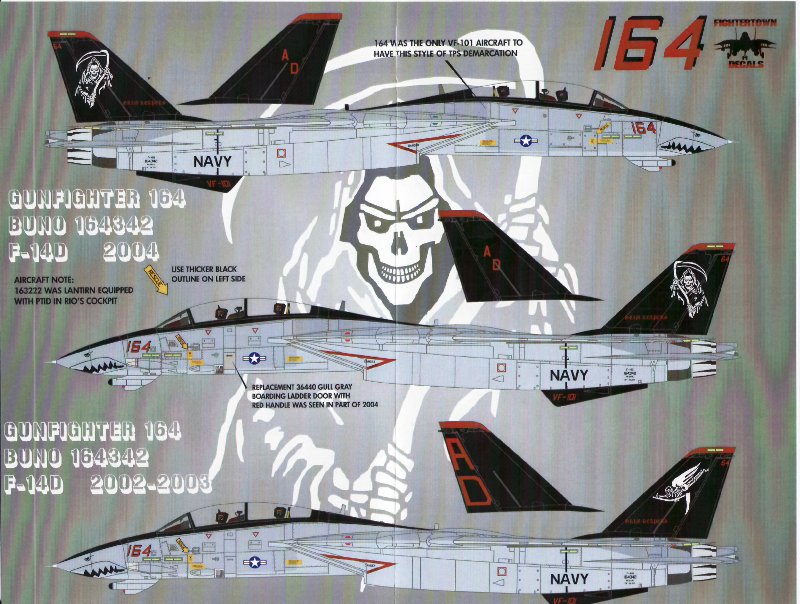 The registration and colors are great. The decals themselves are nice and thin with minimal carrier film bordering each decal. Sized for the Tamiya F-14A kits, these provide a wonderful alternative to the kit decals. The modeler should have no problems applying them to their kit. Fightertown, like previous releases, has also included decals for landing gear placards, ejection seat placards (both GRU-7A and F-14D NACES), and placards for the BOL and LAU-7 Sidewinder rails. That's cool. Stencils for a single airframe round out this set. 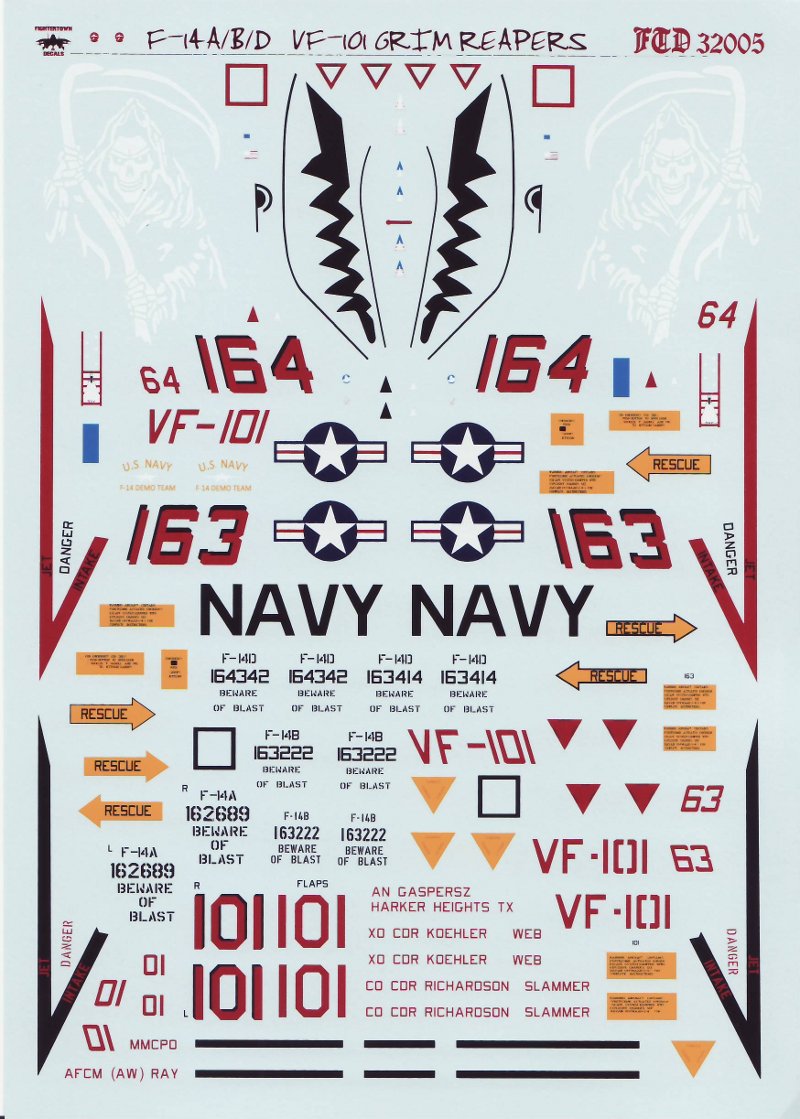 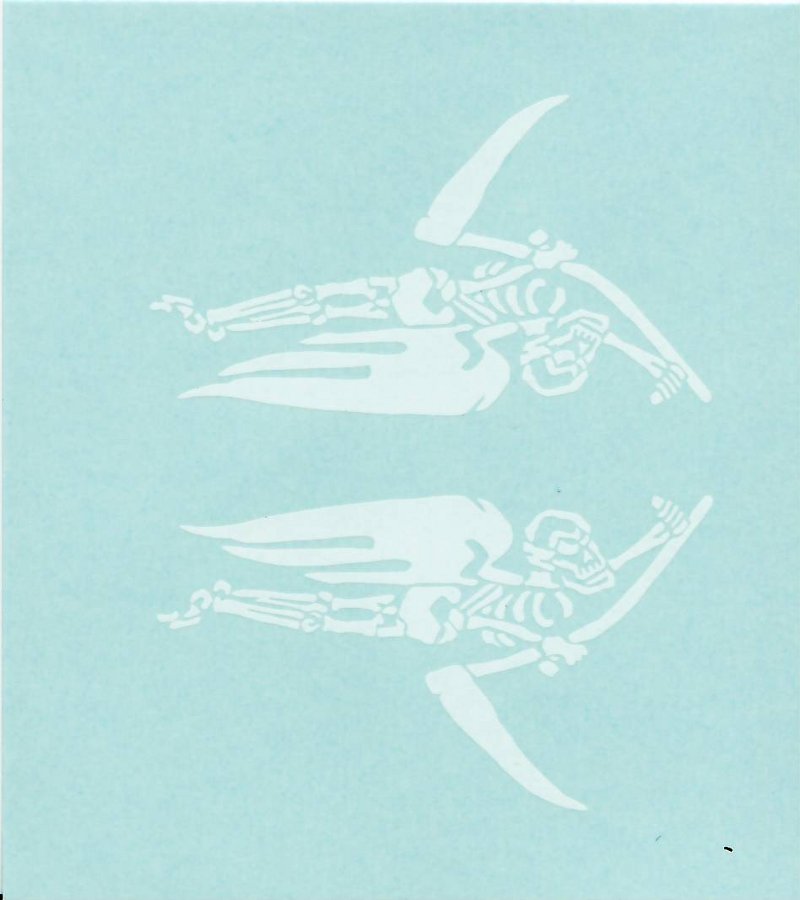 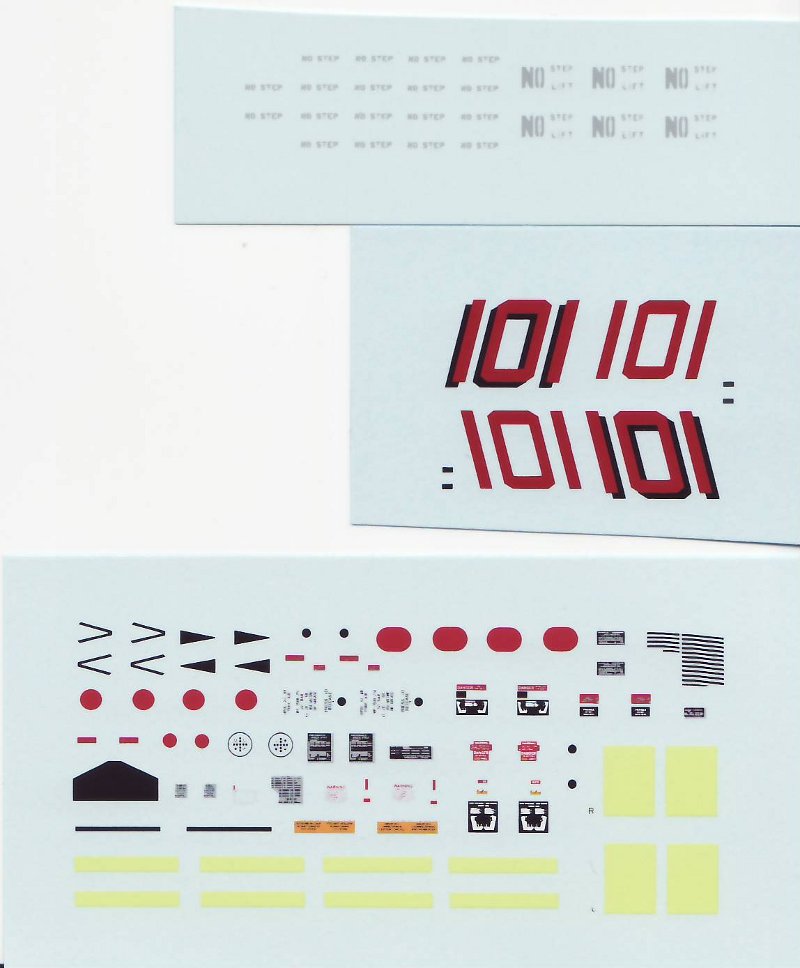 Fightertown Decals continues to provide the modeler building U.S. Navy jet aircraft with a plethora of great choices, and these decals certainly follow that trend. These marking schemes will certainly have other modelers and spectators stopping by to take a look.