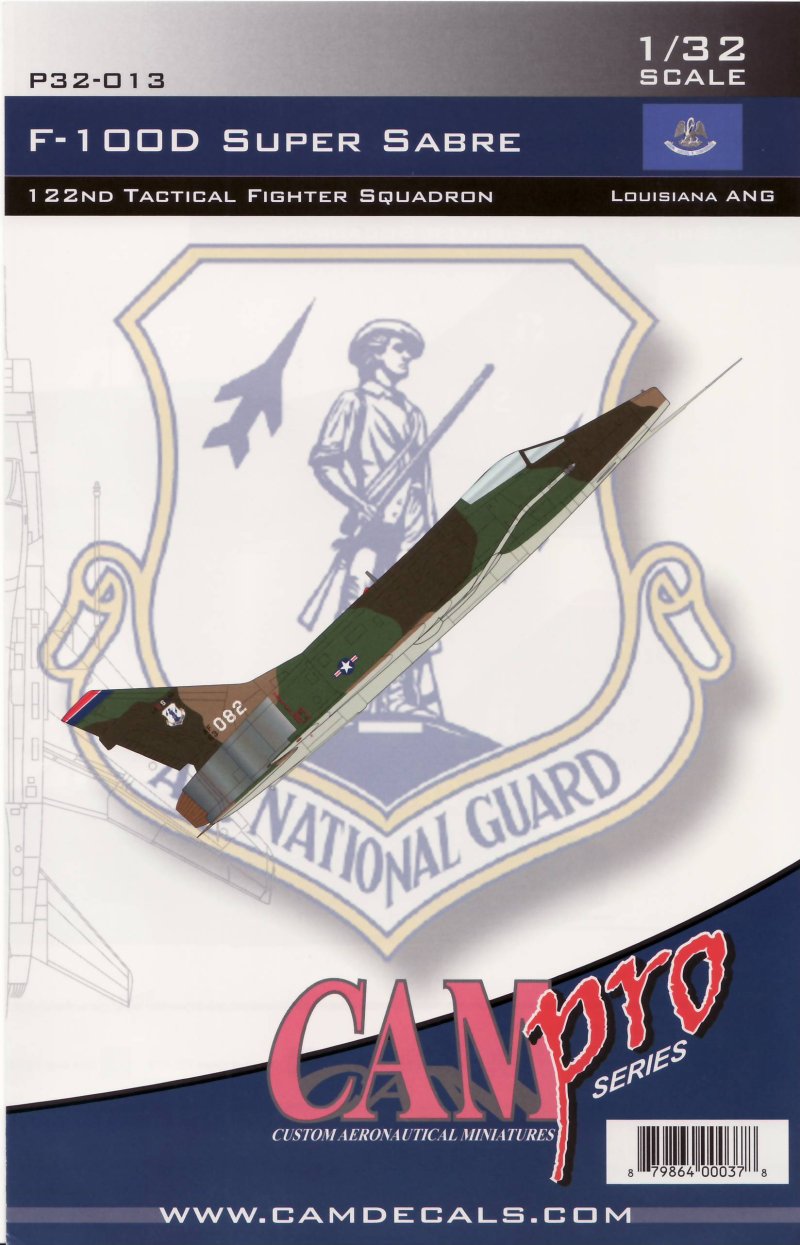 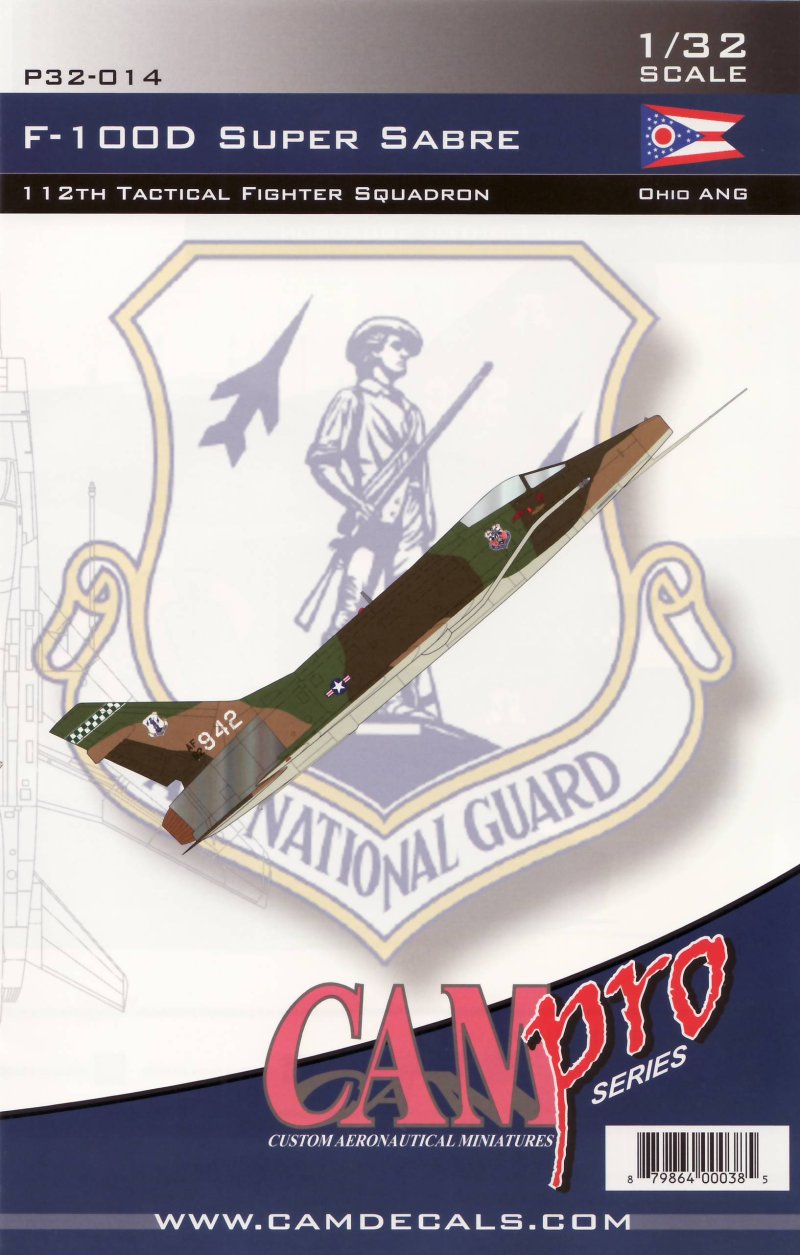 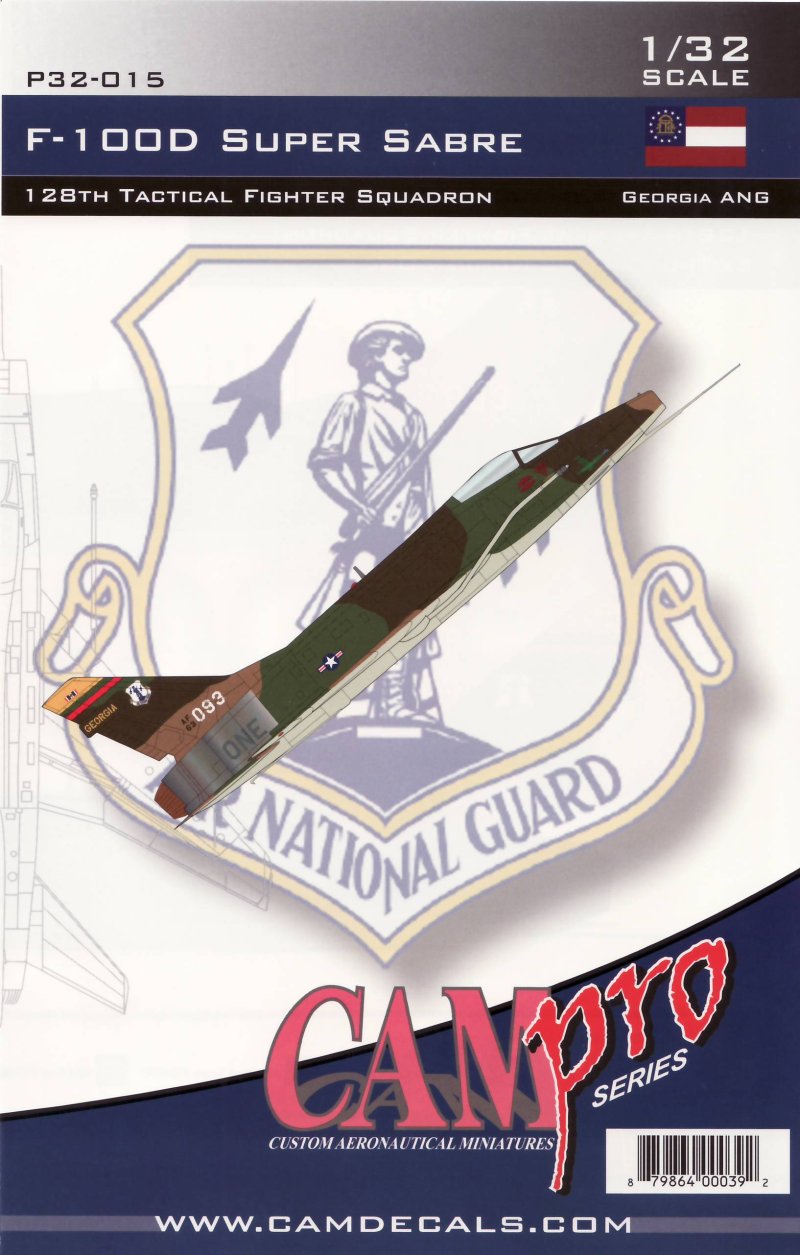 Since Trumpeter released their 1/32 F-100D Super Sabre, the variety of possible schemes is mind boggling. CAM Decals has answered that potential with their recently released decals sets for various Air National Guard units who flew the Hun. Three of those current sets are for the 122nd TFS (Louisiana), the 112th TFS (Ohio), and the 128th TFS (Georgia).They have also recently released a set of airframe stencils which can be used with any scheme.

Released as part of their Pro Series of decals, these stencils will dress up the big Hun very nicely. Each set provides markings for a single aircraft in the unit. These aircraft are as follows:

Each of these markings are done in SEA camouflage, with the appropriate color callouts listed in the instructions. The full color instructions are well done, very clear and provide port and starboard profiles as well as upper and lower plan views. 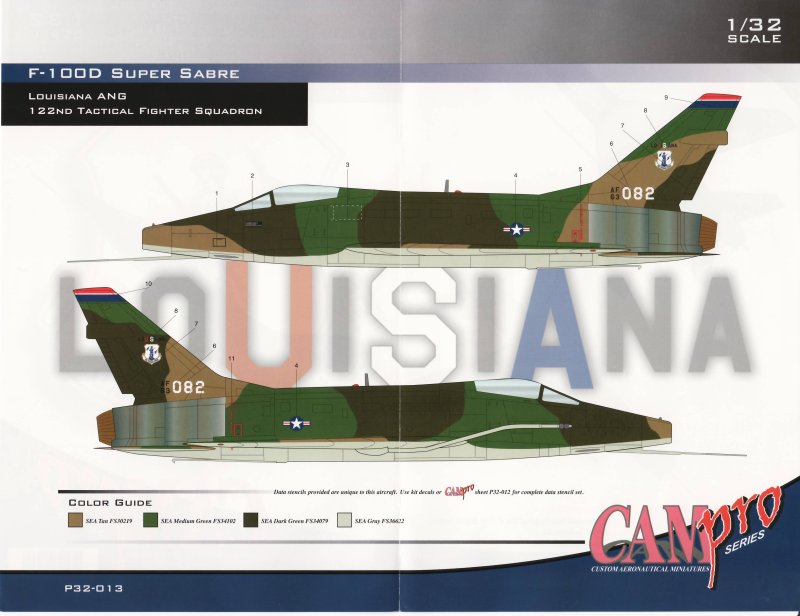 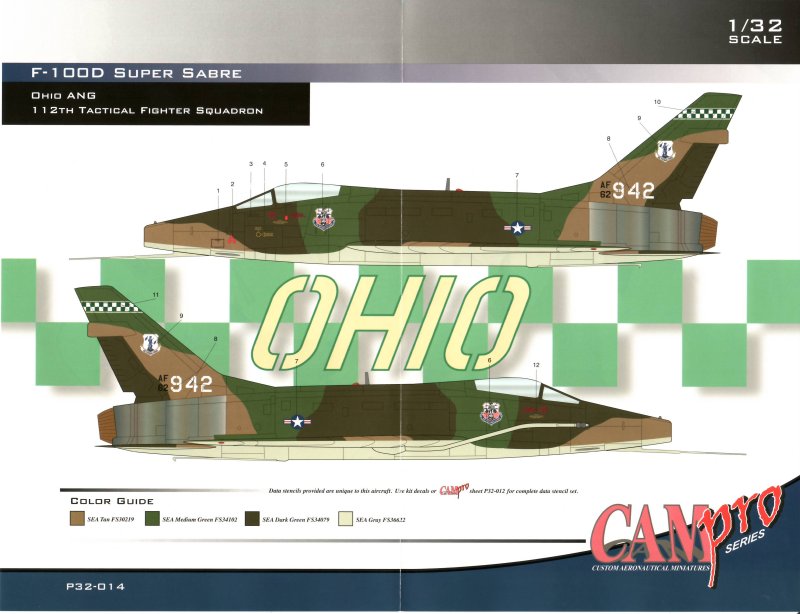 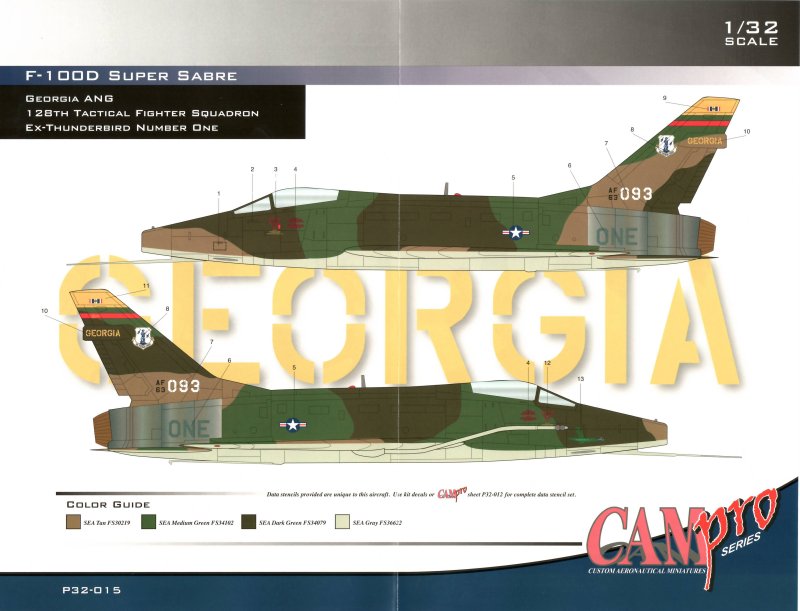 As with previous releases in the CAM Pro Series, the decals are printed by Microscale. They feature great registration and good coloring. These decals are very thin and should enable the modeler to get great results. 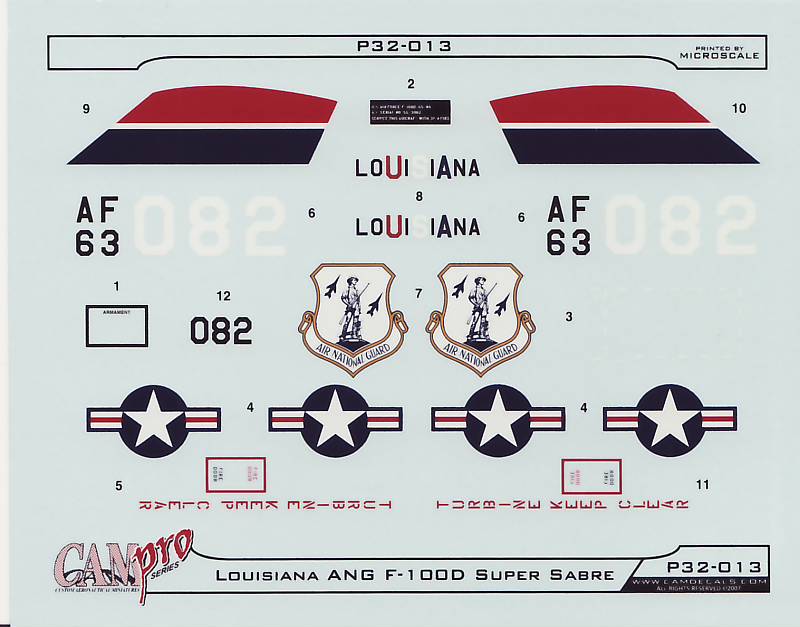 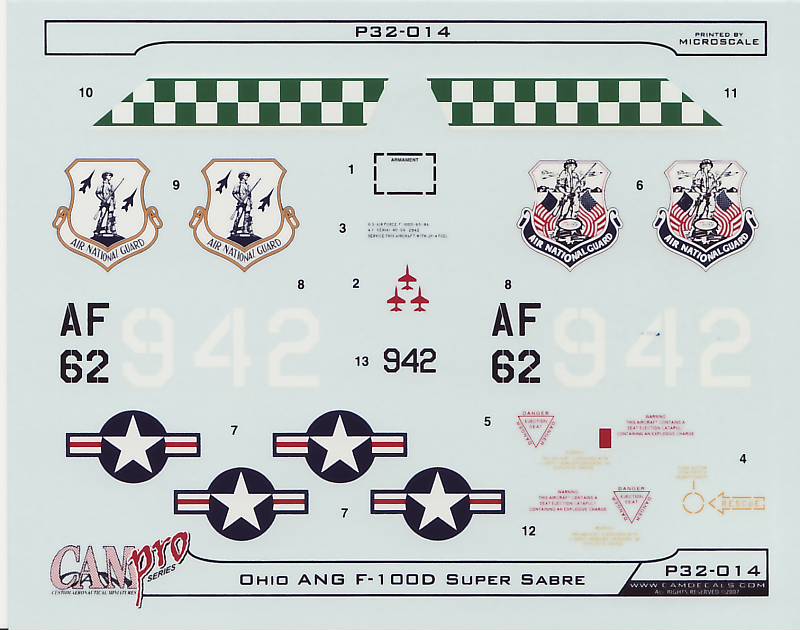 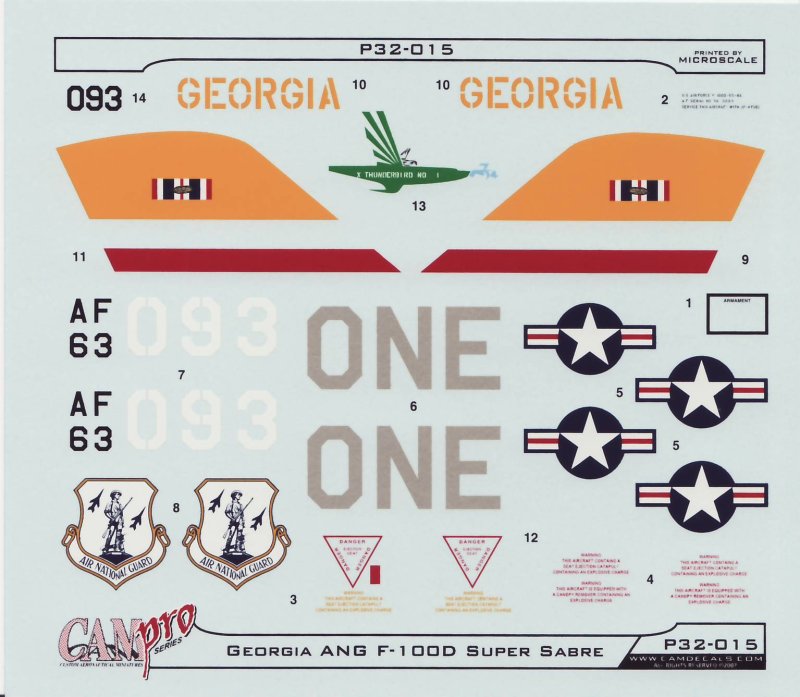 A big Thank You! to Ray and CAM Decals for the review samples.

These decals can be ordered directly from: CAM Decals.