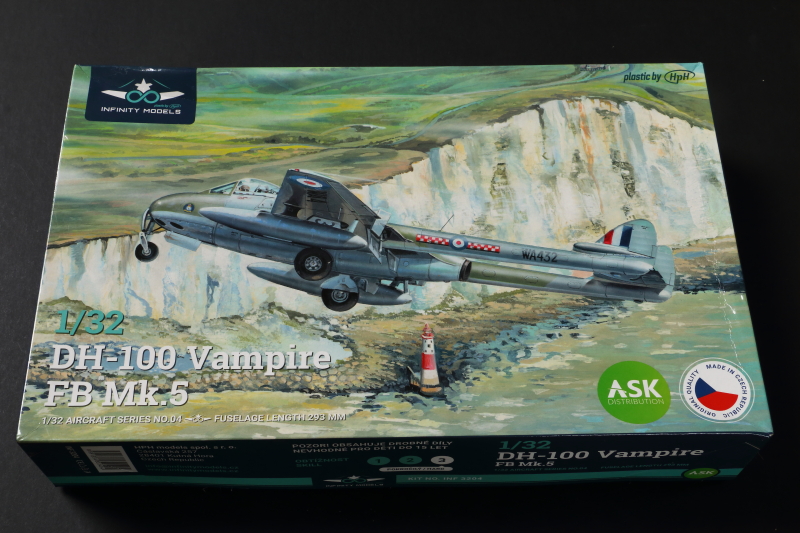 As the contents of this boxing are identical to the Vampire F.Mk3 boxing we've previously reviewed, with the exception of different markings and assembly instructions, this review mirrors much of the content of our earlier review.

As mentioned above, this is the second of the two new 1:32 kits from Infinity/HpH, this version covering the square cut tips of the FB.Mk5 version. Both kits contain identical plastic, resin and photo-etched parts. 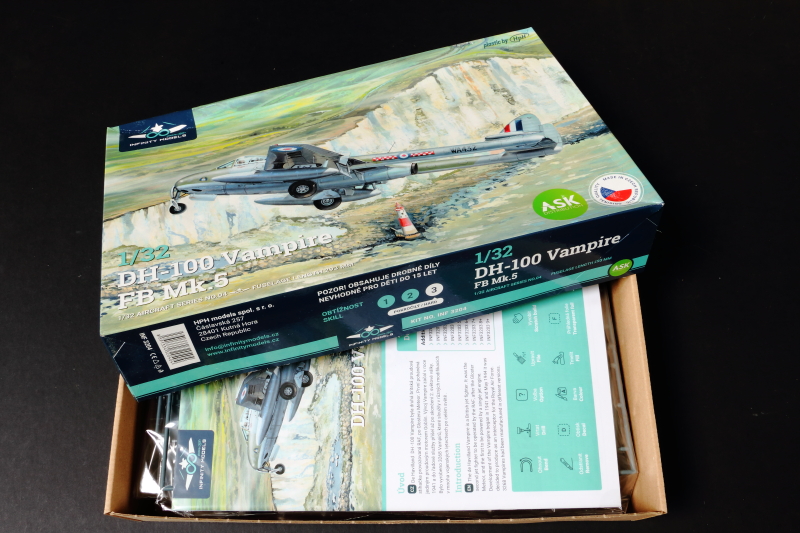 As mentioned in our earlier review, the kits exhibit a cross over in quality between the resin kits, and mainstream injection moulding. The main airframe components have been mastered by hand, so exhibit similar surface detailing and characteristics to the resin kits produced by HpH, whilst one sprue of detail components, including cockpit and undercarriage parts, has been designed using CAD.

All sprues are individually packed in re-sealable bags to mitigate against transit damage. 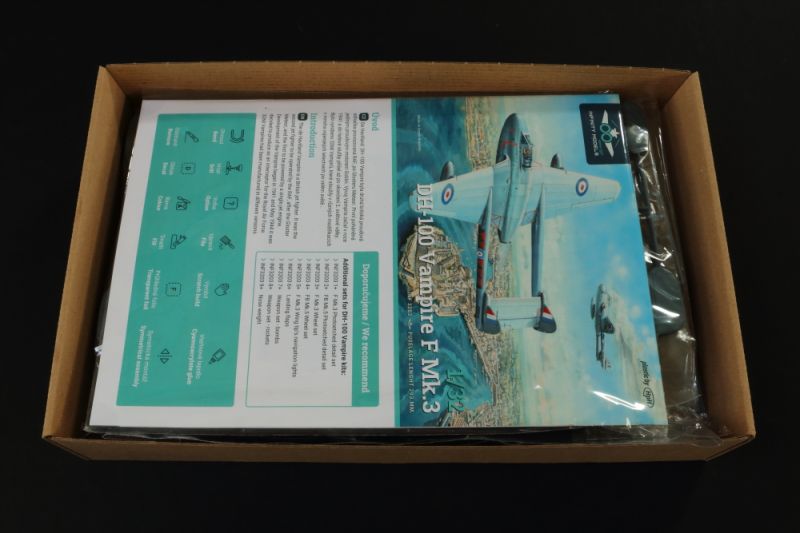 I've already made a start on the F.Mk3 version here, where I'll discuss anything I find.

The contrast in the photos has been enhanced so that you can see the detail - this also has the effect of making things like rivet detail appear more prominent than it is.

Moulded in a soft, medium grey plastic, this sprue includes an impressive single moulding for the top starboard fuselage half and complete upper wing. Surface detail is extensive and, especially in terms of rivet detail, somewhat overdone for this subject. The Vampire was a particularly smooth airframe, so many modellers, myself included, will want to fill most of the rivet detail. Of course many modellers will welcome this detail and just concentrate on building the kit as moulded with all the surface detailing left as is - and it will tone down under a few coats of primer/paint. Damned if they do, damned if the don't! 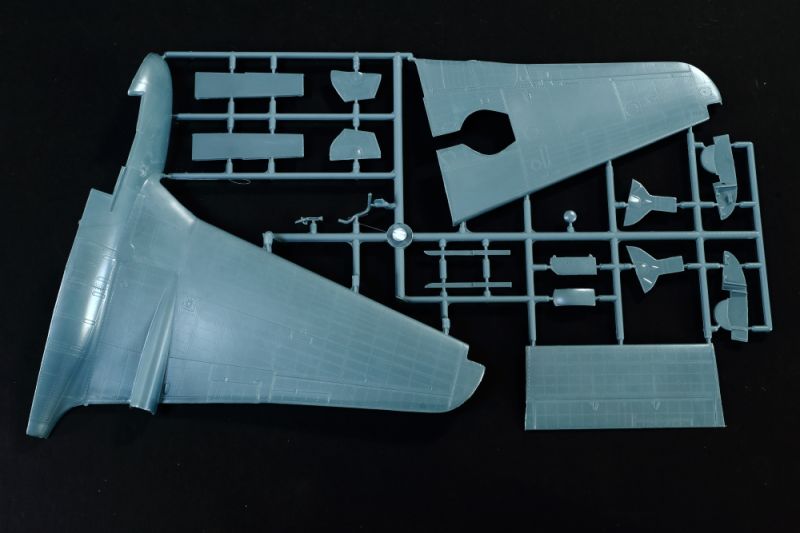 This covers the upper port fuselage and upper wing, as well as the lower outer wing section, engine efflux parts and the top of the nose gear bay. 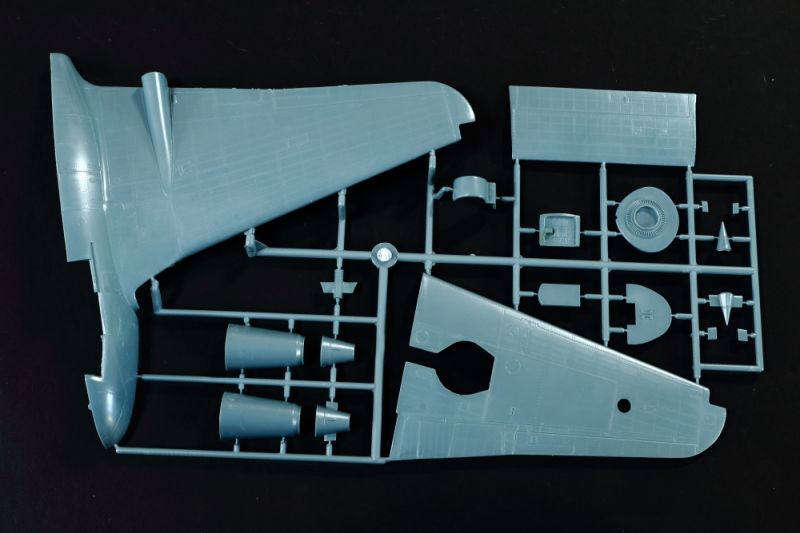 This provides a slightly different style and method of design, being mastered using CAD. The sprue is neatly moulded and contains some really nicely detailed parts for the interior and undercarriage areas. Note the tyre wall lettering! 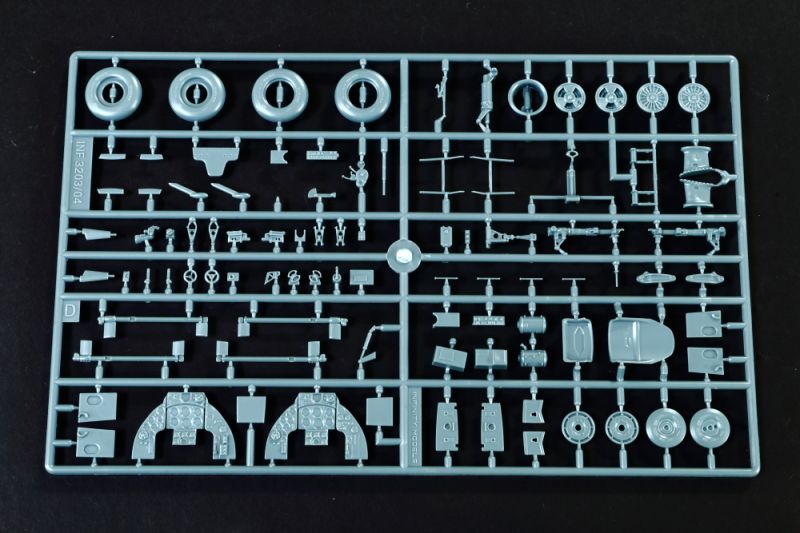 Side sections are provided to 'box in' the main gear bays. 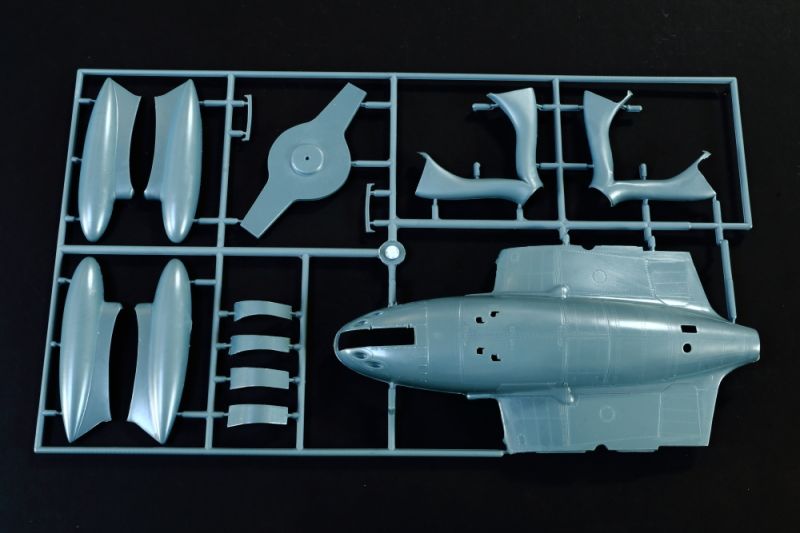 Note: Although the box art and instructions might suggest otherwise, the later drop tanks are not, I believe, applicable to RAF Vampires (although they can be seen carried by Venoms), or period Swedish airframes. Check references for the particular subject you intend to model! 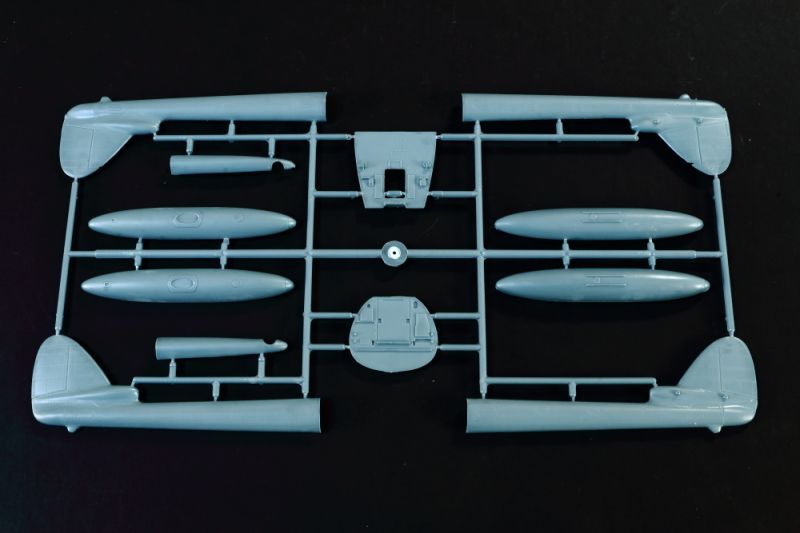 These are packaged in an individual bag, are clear and nicely finished. An oddity is the wing tip lights which, for some reason, are moulded in upper and lower halves. The 'clipped' tips for the later marks are included on this sprue. 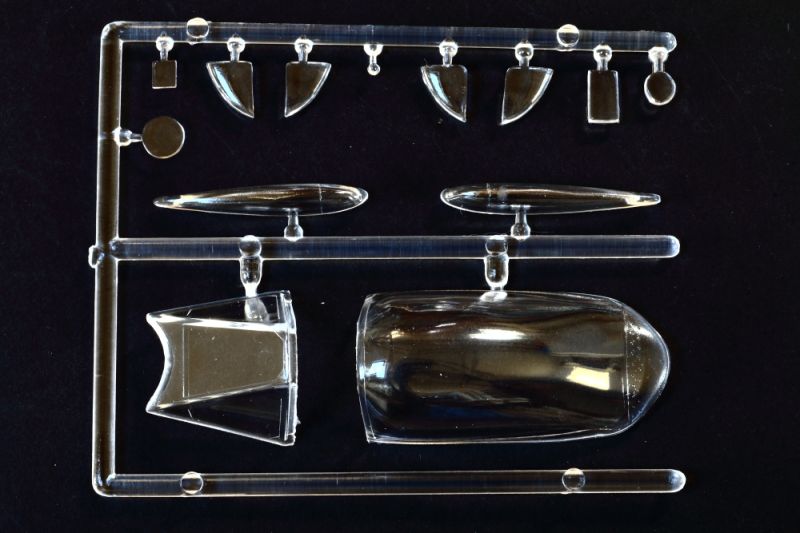 This isn't mentioned in the instructions, but is a replacement/upgrade for the moulded-in inlet turbine blades. This is a little moot really, as the Vampire was powered by a de Havilland Goblin centrifugal-flow turbojet - so this detail is irrelevant and not prototypical! in addition, it won't be seen anyway. 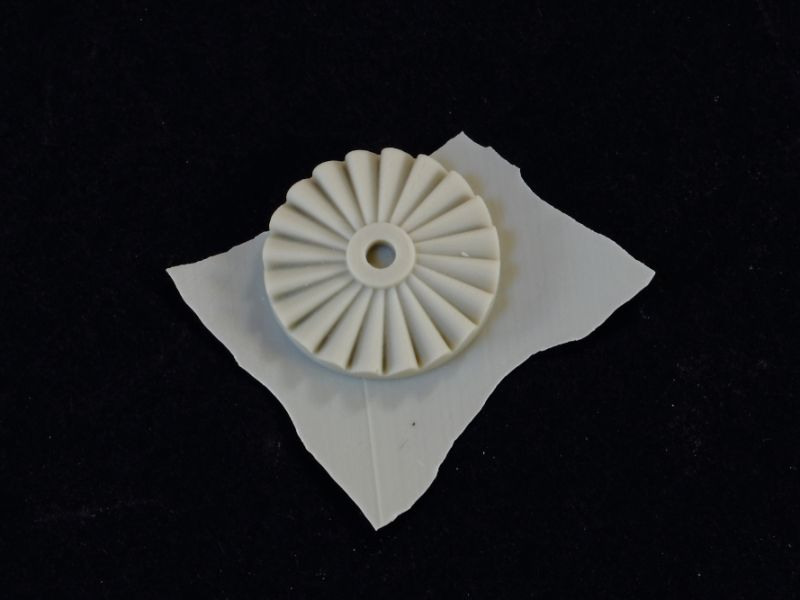 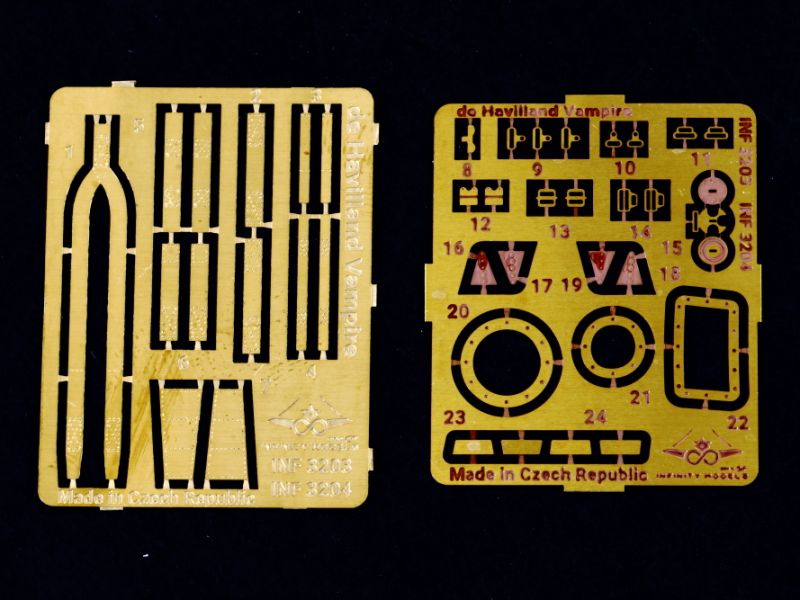 A single, well printed, decal sheet is provided offering markings for two subjects. Colour and density look good, as does register, and they look nice and thin. I'll let the photos speak for themselves. 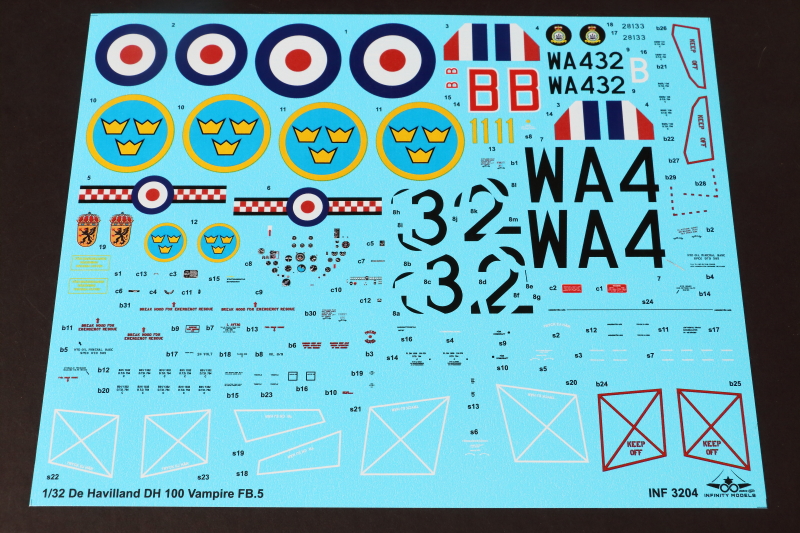 Markings are provided for 2 options: 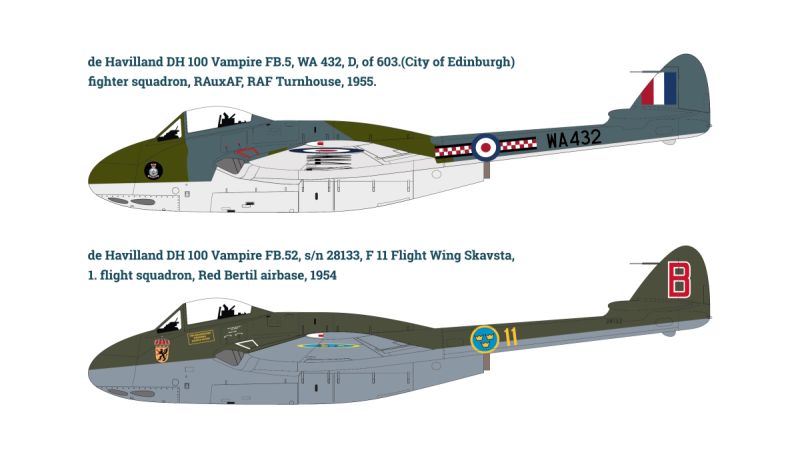 The instructions look clear and sufficiently detailed, colour call outs are for the MRP and AK paint ranges. 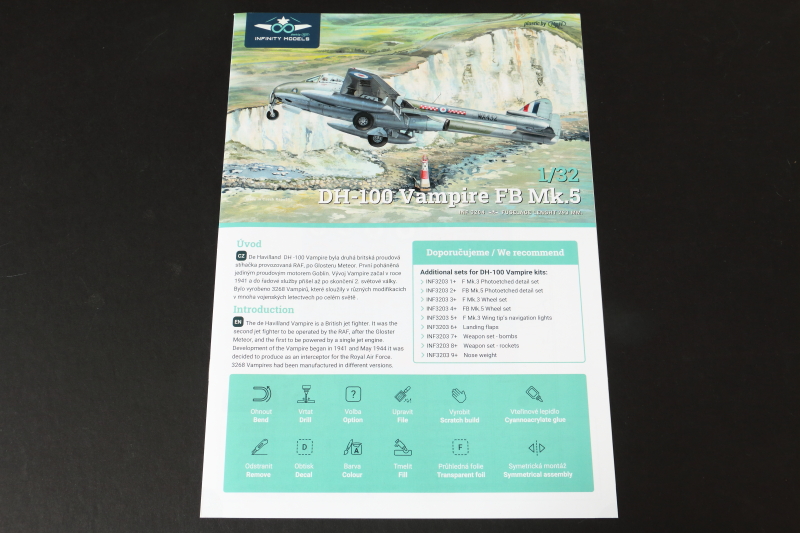 Again, comments below mirror those conclusions we had when reviewing the F.Mk3 release.

I think the first thing to say is that this is a specialist, short-run, kit - with all that entails in terms of parts prep prior to assembly - this isn't going to go together like a Tamiya kit! There are no location pins and mating surfaces will benefit from some preparation before joining. That said, it looks eminently buildable, and provides for a subject that I suspect very few other manufacturers would ever contemplate.

There are a few things that I'll want to address from initial impressions - the nose looks a little bulbous in plan view - and there's a related issue with the positioning of the cannon ports. All looks pretty straightforward to address and I'll be playing with that area, as well as removing a lot of the rivet detail, on my build.

This really is a lovely subject, I hope it does well for the Infinity brand, and I hope the aftermarket industry will support with a range of aftermarket decals: there are so many schemes that could be applied.

Talking of aftermarket, Infinity will be releasing a range of accessories for this kit, such as a full wing flap set, in the near future. A list of forthcoming upgrade sets is given on Page 1 of the instruction booklet.

The model is available direct from Infinity Models, or via distributors worldwide.

Highly recommended - subject to the caveat that some parts will need careful preparation and assembly, as is to be expected from a short-run kit.