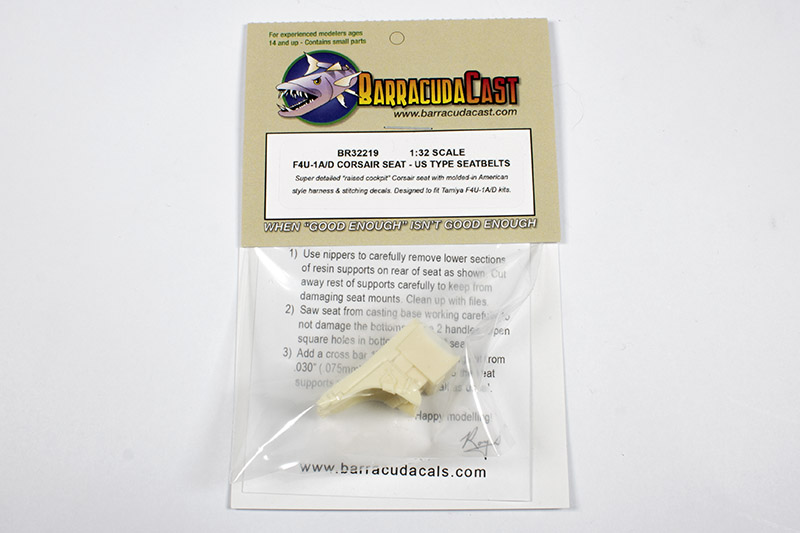 BarracudaCast, out of Roy Sutherland's Barracuda Studios, has just released a replacement seat for the Tamiya Corsair, which the packaging describes like so:

Note that this makes this seat unsuitable for the earlier F4U-1 "bird cage" Corsair, whose cockpit was seven inches lower.

This is a very simple upgrade set, consisting of only a single resin part: 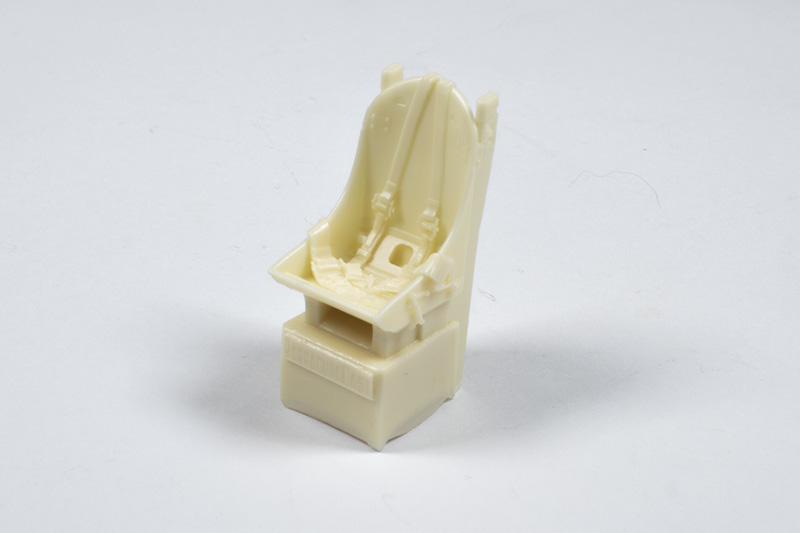 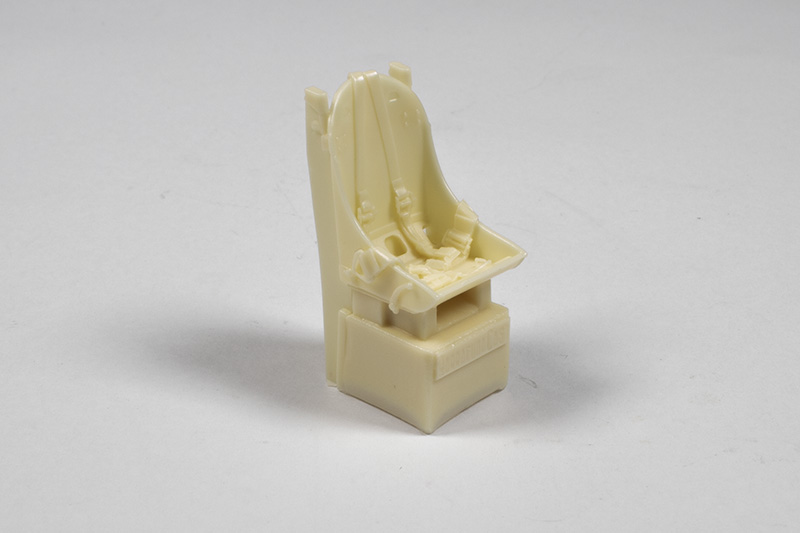 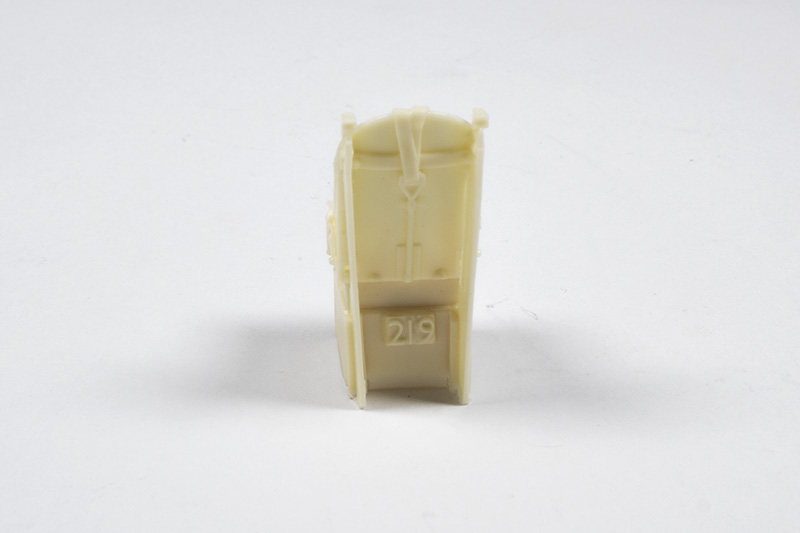 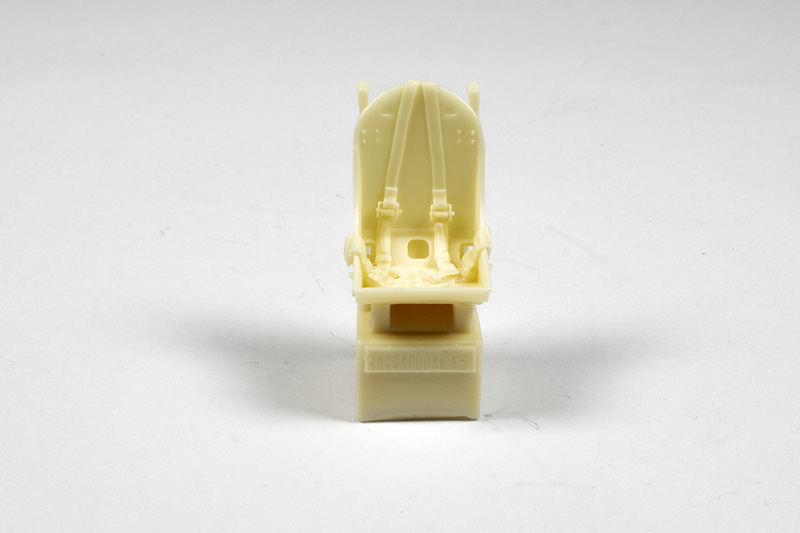 Seat belts are moulded in situ, giving a much better result than the photo-etched metal parts that Tamiya provides.

The casting is crisp and flawless, with no pin holes, resin flash or other imperfections visible anywhere. There is a sturdy casting block to remove, but some care with a razor saw should take care of those. There are some more delicate casting supports behind the seat, and special care needs to be taken here to ensure not to remove any of the moulded-in detail.

A small folded sheet of instructions is included in the package, which describes the simple process of removing, preparing, and installing the parts. 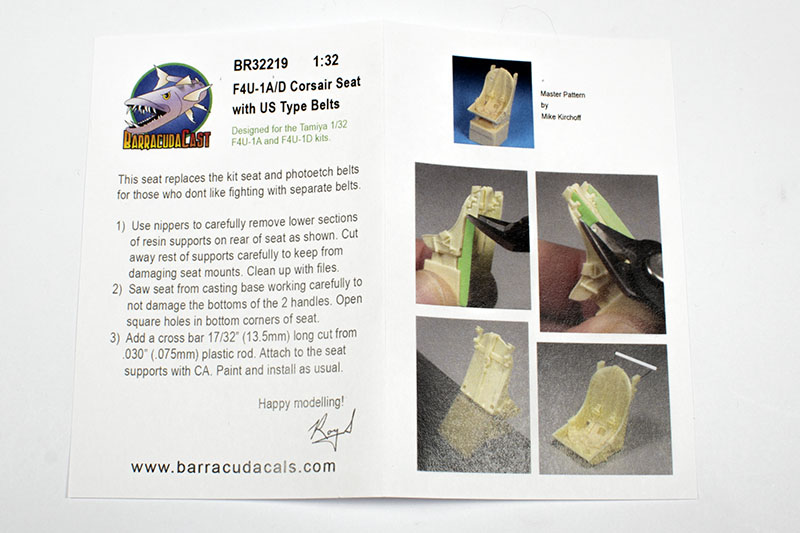 While there's not much wrong with any of the Tamiya F4U kits, this Barracuda seat, with its mould-in seat belts, is a significant improvement over the five-part kit assembly and associated etched metal belts. As long as you don't pop it into a "bird cage" Corsair, as an upgrade, it's a no-brainer!

Thanks to Roy Sutherland and Barracuda Studios for the review sample.