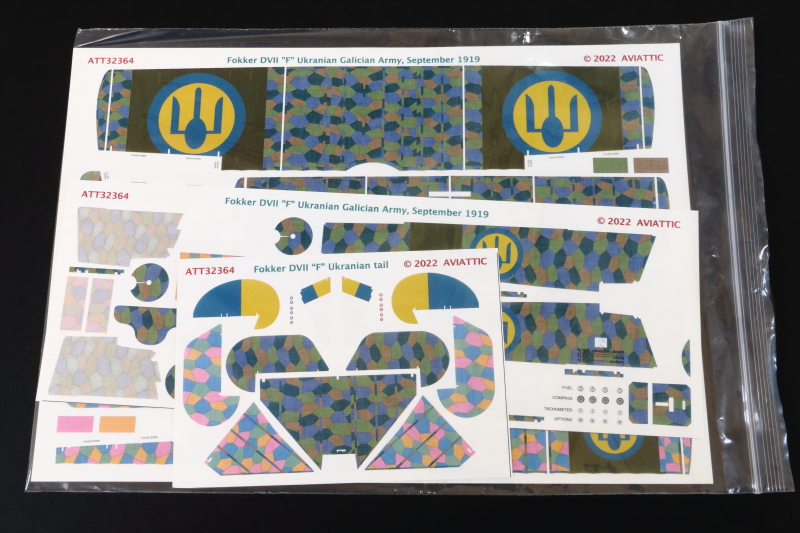 This new sheet from Aviattic is hugely topical - covering the period immediately before the Ukraine was subsumed into the Soviet Union and featuring the Fokker D.VII.

As Richard Andrews, Mr Aviattic, pointed out when he announced the set: "perfect for that Wingnut Wings Hermann Göring boxing of the late F DVII."

Funnily enough - I had one! I'm sure other boxings are relevant too (I'm no Fokker D.VII expert) - but the all white Göring scheme left me a little cold. 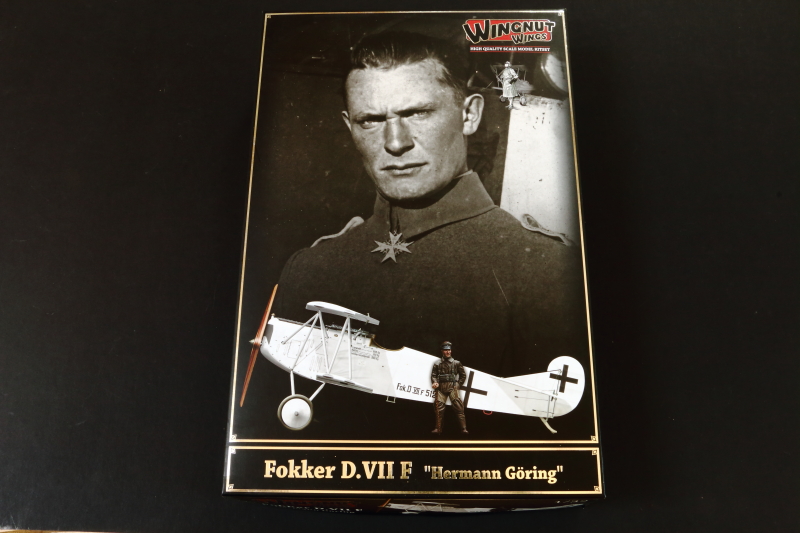 All profits from the sale of these sheets goes to Ukraine aid charities.

Like so many things, I've been meaning to have a go at a suitable model using Aviattics' amazing looking decals, but hadn't actually got as far as ordering any - until I saw Richards' announcement on his Aviattic Facebook Page. The subject, and the fact I had exactly the Wingnut Wings kit mentioned in the announcement in the 'one day' pile made it a no brainer and an order was placed.

Now, it has to be said: Richard is a member of the same model club as me, so I've seen examples of his decals, and the work and care that goes into creating them. This doesn't only apply to researching colours and finishes, but also to the precise fit of full panels to the intended kit. Over the years the Aviattic range has become synonymous with quality, research and precision.

The decals for this subject are supplied on three sheets, printed on a continuous film, so each design will need to be carefully trimmed from the rest of each sheet before using.

The designs have no white backing, as you'd normally expect, and are designed to be used over a suitable background finish, where the modeller can do their own thing when it comes to pre-shading shadows from the internal structure, etc.

In the following images I've upped the contrast a little, so those that haven't yet seen an example of Aviattics' fabric effect can see what we're all talking about. On completed models I've seen it works, and works extremely well. 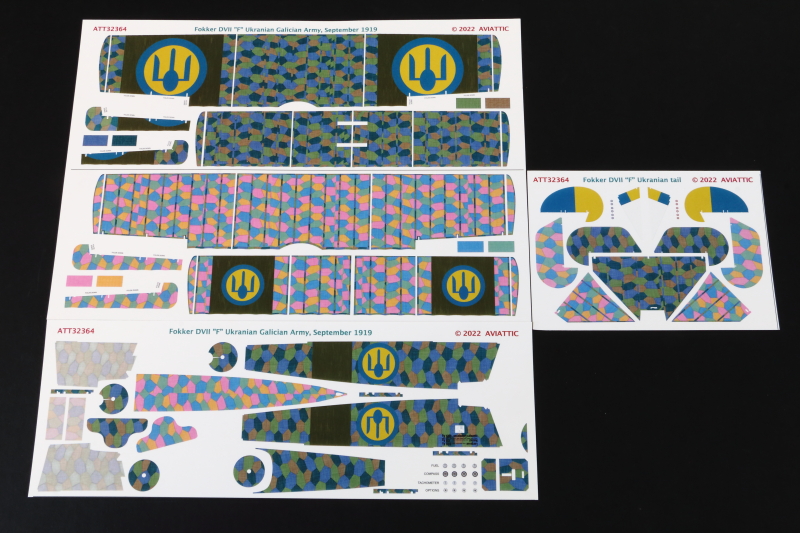 No placement instructions are provided as such, but placement should be pretty much common sense and pretty obvious!

I believe there is only one photo of this airframe extant, so there has to be a little guesswork involved in producing a set of decals. It involves a lot of 'educated guesswork' and if there's anyone that's in a position to apply that it's Richard/Aviattic.

As decals go, these are different to the norm and will reward careful application. Copied below are the Aviattic instructions for the use of their decals, with more tips available on their website. 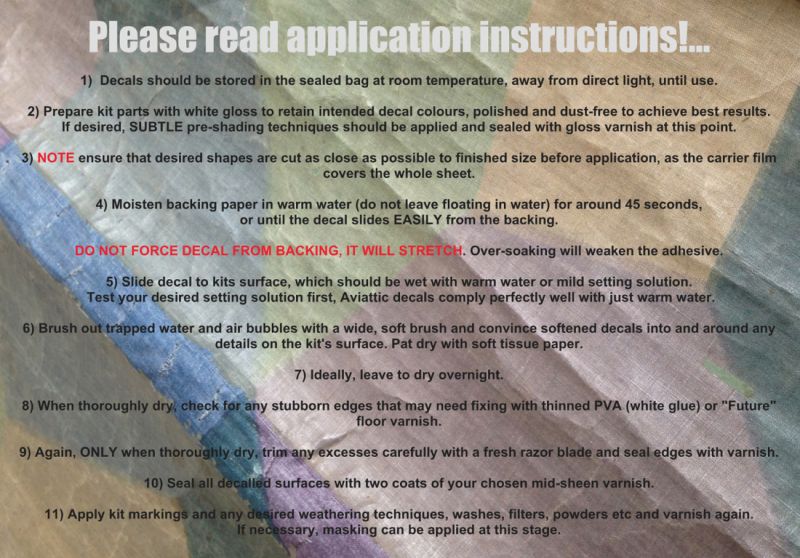 This is my first set of Aviattic decals and I'm chomping at the bit to try them out!

A highly topical subject given current world events and every purchase will contribute to humanitarian relief efforts in the area. So far Aviattic have sent a very impressive £1500 to the Red Cross.

If you're tempted to purchase this set you'll need to be quick - there are only 20 sets left as I type this!

Richard is also going to produce smaller versions of this set to fit the Eduard 1/48 and 1/72 kits.

Take a look at the Aviattic website for details of other sets available - and Richard informs me he's persevering with planned kit projects and ongoing decal sets for the Meng 1/24 and 1/32 triplanes.

This sheet is available directly from Aviattic.

Review sample courtesy of my wallet.