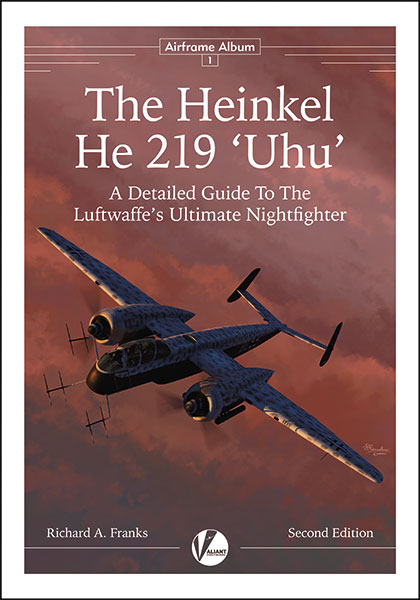 Valiant Wings Publishing has just released a second edition of the first instalment in its Airframe Album series, entitled The Heinkel He 219 'Uhu': A Detailed Guide To The Luftwaffe's Ultimate Nightfighter. In common with the other titles in the series, this one is authored by Richard A. Franks, a well-known name in modelling and aviation publishing.

The first thing that strikes you with this book is the atmospheric cover art by Jerry Boucher, newly commissioned for this second edition. The presentation of material in this book is impressive throughout. Photographs are generally clear and crisply reproduced, as are the 3D isometric line drawings, which are by Wojciech Sankowski, and supplemented for the second edition by LSP's own Juraj Jankovic. The colour profiles by Richard Caruana are handsomely rendered.

It should be evident from the list of contents alone that this title is aimed squarely at the modeller. There's plenty here for aviation enthusiasts and He 219 aficionados too, but the emphasis is on providing the modeller with copious data and as much detail as possible.

The Introduction is actually a 15-page potted history of the He 219, and makes for very interesting reading if you're not intimately familiar with the development of the type.

The Technical Description section is the meat of the book, weighing in at 68 pages. It's packed with period photographs, technical drawings, and photos of the sole surviving example. The airframe is covered pretty comprehensively from nose to tail, with special emphasis on those areas of the most interest to modellers: cockpit, landing gear, and engines. There's also extensive coverage of the internal structure of the airframe, by way of photos and drawings.

The section on the Evolution of the airframe uses greyscale isometric drawings to give a concise but very clear overview of the development of the He 219, from its initial prototypes and test airframes, through to production versions and projected variants. This is probably the section of this book series that I appreciate the most, as it allows you to see at a glance, not only the progress of the airframe's development, but the salient features of each variant. This is information that can be difficult to glean or fully appreciate from text descriptions or scattered drawings. Having it so succinctly presented is fantastic.

As the name suggests, the Camouflage and Markings section covers the type's camouflage and markings during its brief and troubled service history. All are Luftwaffe schemes, apart from one postwar Czech example, and another machine captured by the British. Collectively they still represent an impressive variety of attractive colour schemes. A decent selection of period photographs is included, along with a handy stencil and markings placement guide. There's some serious inspiration in this section!

The last of the main sections of the book features two model builds, the introduction to which pre-empts my reflexive grumble about not including any of the 1/32 scale kits:

Apologies for not doing the type in 1/144th or 1/32nd, but we have published a complete guide on building the Zoukei-Mura 1/32nd example and because that is still available, we have just included some spreads and an image of the built example here to whet your appetite.

That said, the two builds included are both excellent. The first features Libor Jekl's Dragon He 219A-2 kit in 1/72 scale. The second build is the 1/48 scale He 219A-7 kit from Tamiya by Steve Evans. Both are magazine-style builds, and certainly worth a look if you're interested in building either of these kits.

The final section is the Appendices, and these follow the customary pattern for this series of books, in outlining what options the modeller has in terms of kits, accessories, decals and masks for producing a scale replica He 219. There is a surprising number of 1/32 scale items is available, actually.

The book rounds things out with a bibliography of existing titles covering the He 219, which serves as a handy launch pad for further research into the type. 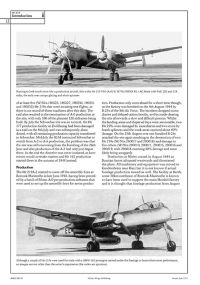 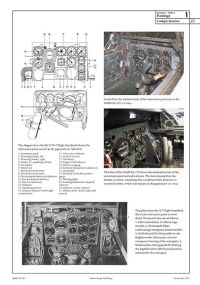 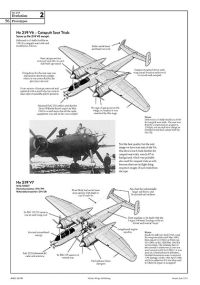 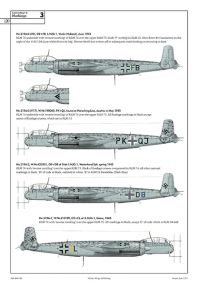 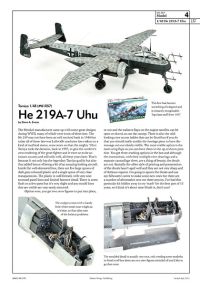 This is a detailed, comprehensive and modeller-friendly title. If you're building, or intend to build, a model of the He 219 in any scale, this book will prove invaluable, and I highly recommend it. I must say that I feel rather inspired to drag my Revell kits out of the stash now!