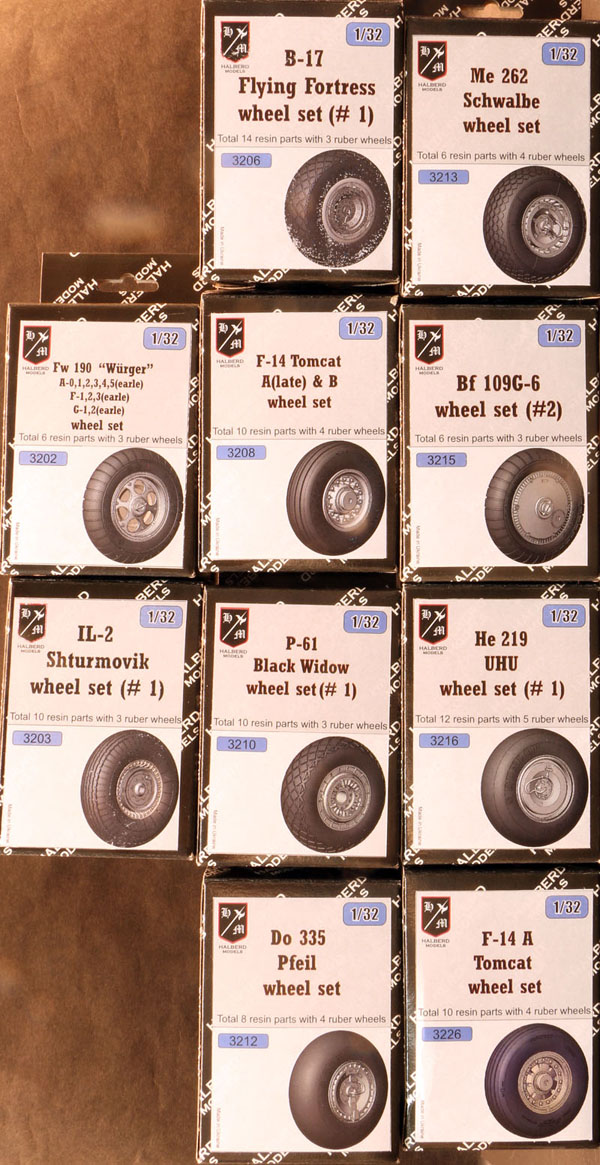 Halberd Models is a relatively new name for LSP aftermarket products. They have started a new line of wheel sets for several 1/32nd scale aircraft, but instead of providing the typical resin sets, they offer sets consisting of rubber tires and resin wheels. The rubber portion is not the vinyl you typically find in Trumpeter or other kits. Halberd’s tires are much closer to rubber, using a more industrial material called "vacuum casting soft polyurethane for technical parts and prototypes." The material feels like a soft rubber; it seems to me it is probably used for making O – rings. 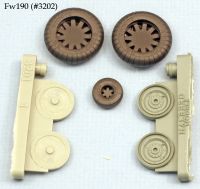 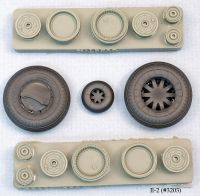 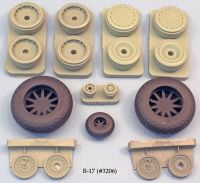 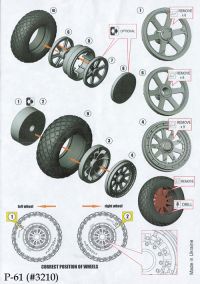 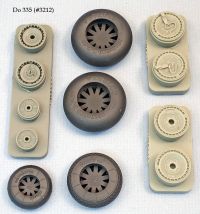 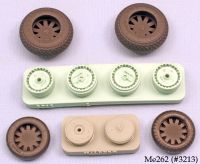 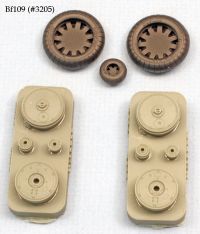 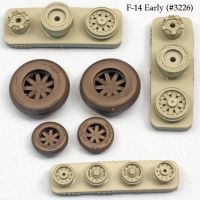 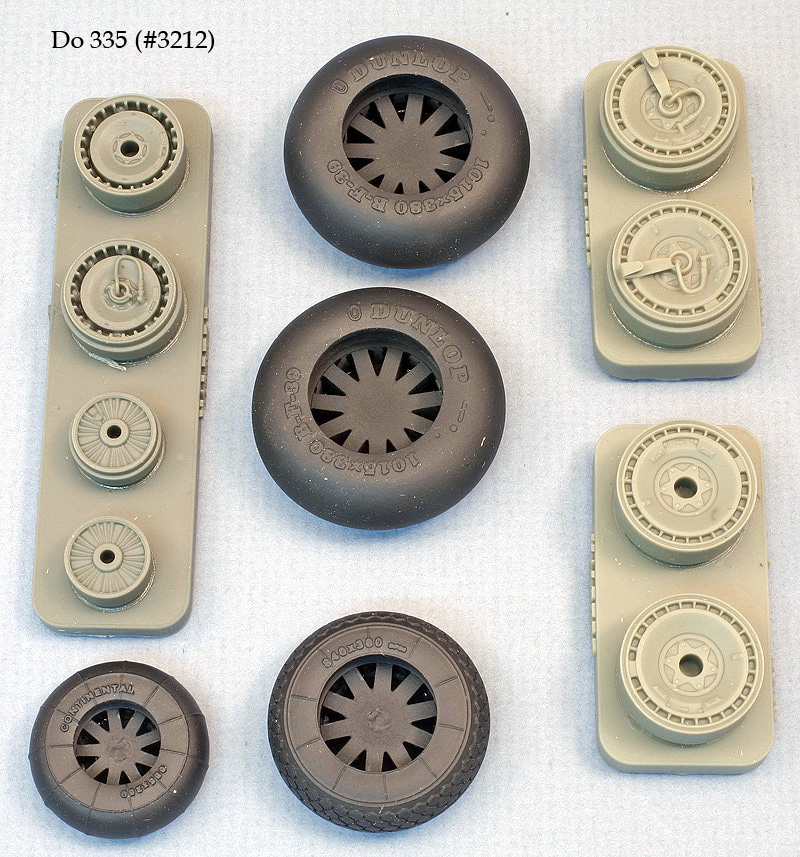 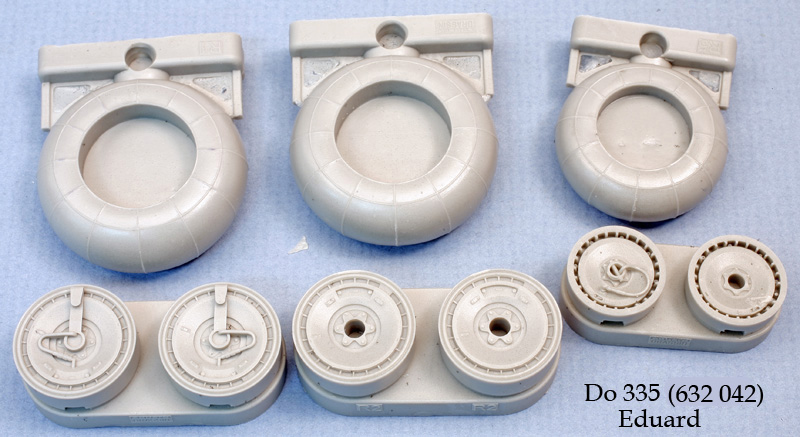 The wheel sets typically consist of rubber tires for both front and main gear, sometimes offering differing options, such as different tires for the 262, 219, or Do 335. They are highly detailed with manufacturer and tire size raised markings. The markings appear to be modeled from the NASM 335, which has the Dunlop tires. The two pictures above compare the details of the Halberd 335 set vs the Eduard 335 set. There is actually more detail on the rubber than the resin tires. Also, thankfully, there is no seam around the perimeter of the rubber tires. Instead, there is a rubber pour stub in the center of each tire to deal with. I have provided a picture of the back side of that stub from the 262 wheels. 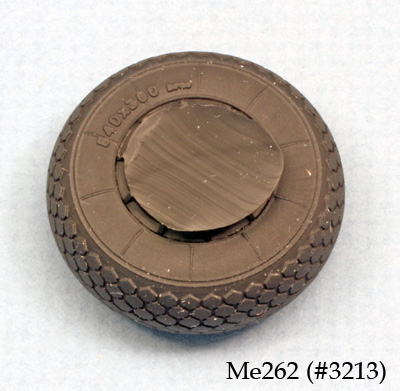 Wheels are in resin and typically are in several parts. Like the tires, they are quite well detailed and are well cast. Instructions are provided as a small double-sided sheet. They are all cast on a single sheet, raised off the base sheet by a pretty solid pedestal, requiring each half to be removed with a razor saw. 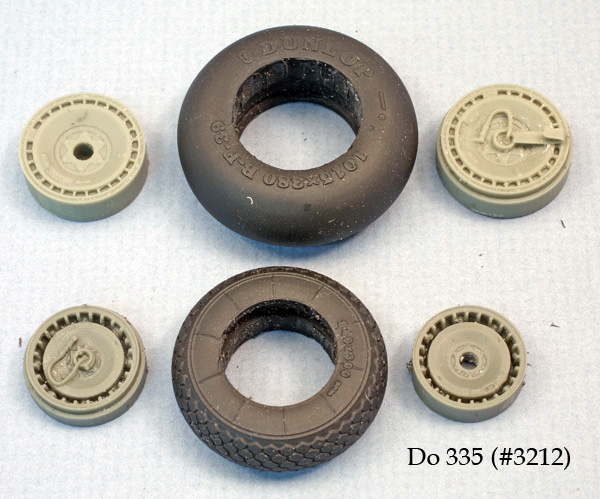 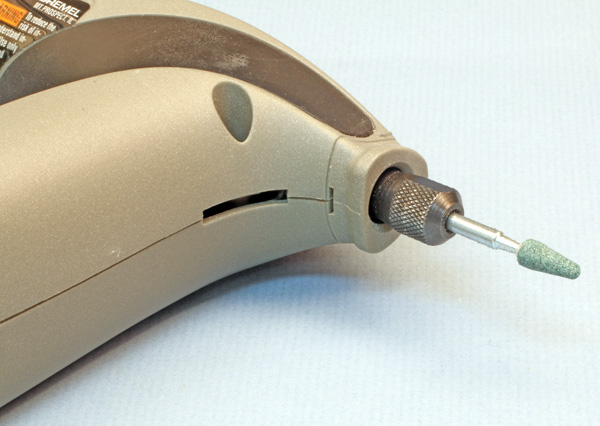 I went ahead and constructed the sets for the Do 335 and the Il-2. I found the removal of the rubber pour stubs to be a little time consuming. Halberd has a video of how to do this as well as construct the wheels to help. I am not as fast as the modeler in the video, but I got it done. I used a sharp sprue cutter to cut the spokes of the pour stub, then used a fresh, sharp, #11 blade to clean up the tire opening. I then used a new cone-shaped grinder in a Dremel tool to do any cleanup, similar to what they show in the video. Care taken during this procedure will eliminate and/or reduce any voids from around the resin wheel inserts. Any small voids can be filled in with superglue or light-curing glue. You can see I need to do a little more filling, as well as some more detail painting, before I use my sets, but you get the idea. I sawed the wheels from the resin sheets, keeping the saw wet to reduce the dust. Note the instruction marks the flat sheet to be removed (with a red color) but the actual cut line is the first step above the flat sheet. After cutting the wheels away, I used sandpaper and files (under water in a shallow pan to stop dust) to bring them to the proper size, test fitting them before assembly. 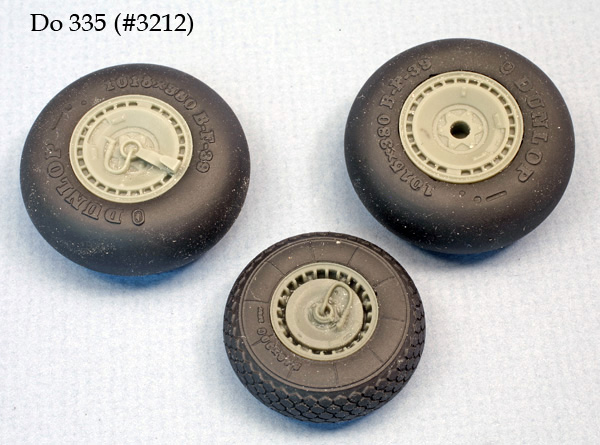 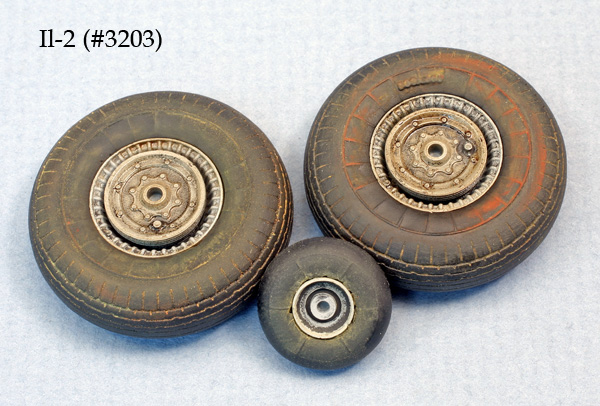 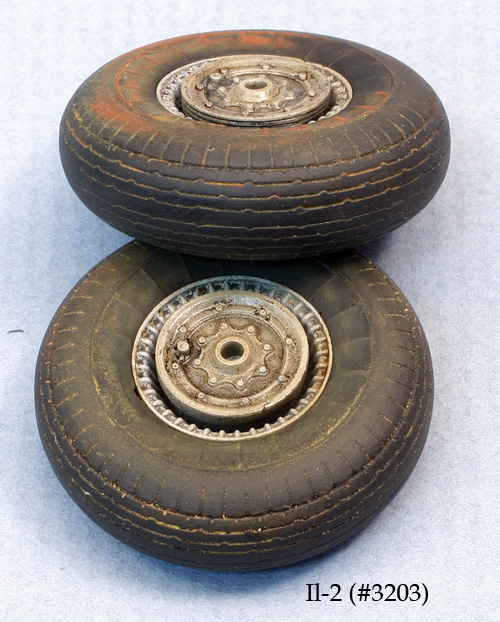 I painted the wheels before final assembly, fitting one half of the wheel into the cast-in slot in the rubber, then super-gluing the other half to trap the rubber between. I didn’t paint the rubber as there is no need; it already is rubber colored. I then used ground pastels, dry, rubbed on the Il-2 assemblies. I used earth and dust tones, and just left them dry with no extra agent to keep them on. For the Do 335, I used pigments, placed on dry, then wet them with a synthetic Turpenoid as it is quite mild. I then rubbed the excess of the wheels to give a dirtier look. A dirty, oily, dark wash was used on the hubs to bring out the detail there. 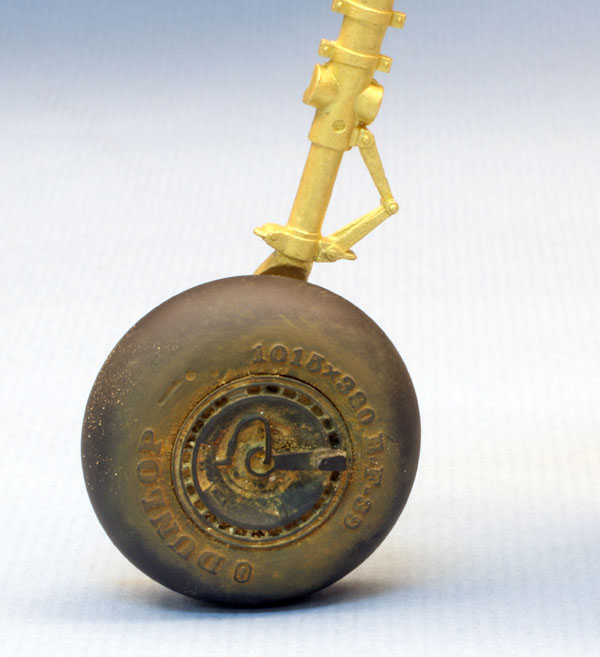 The wheels with their soft consistency, compress slightly under load. I fit a Do 335 wheel onto a brass gear set - it needed to be enlarged slightly to fit – and then used some clamps to approximate the weight of the model; I used about 4 oz. It slightly compressed the wheels, not showing much of a bulge, which may disappoint some, but still looks better than the vinyl tires supplied with some models. To see more bulge, one way to solve this would be to pin the wheels to the base to create the illusion of more weight. Or, super-glue a brad or small nail into the wheel to compress the tire a bit. I tried this on a Il-2 wheel and it worked OK, adding a flat spot with a slight bulge. See below photo. 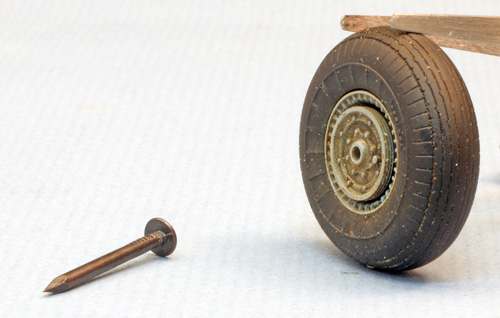 These are very nice wheels, with a lot of detail. The rubber aspect of the tires creates some extra work for cleanup, and there are rather large resin reservoirs to remove, but they look very realistic for those wanting that extra edge. Some may be disappointed in the lack of sagging, but with a little more work this could be re-created.

You can check out Halberd Models on their Facebook page.