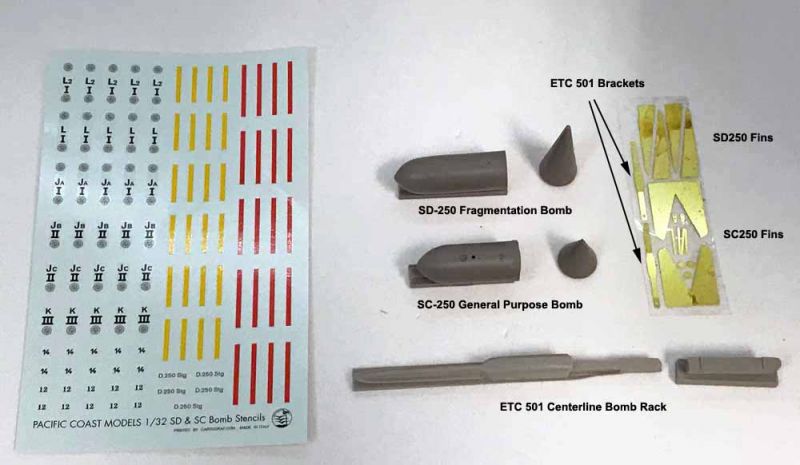 The set consists of six resin parts, a small etched fret, a short piece of brass tubing, and a sheet of decals with bomb markings. A small sheet shows possible bomb colors and markings. 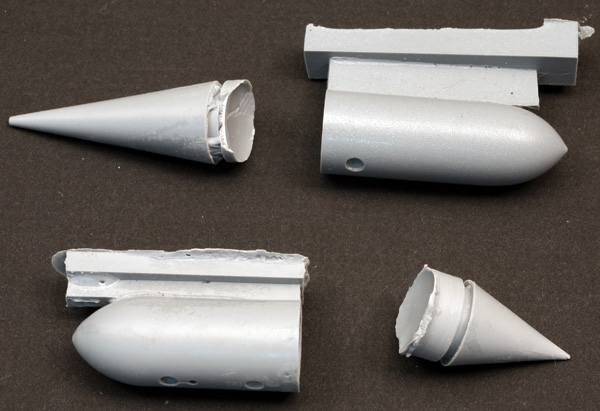 The castings appear very clean with no bubbles visible on the resin parts. The etched parts, mostly bomb fins and braces for the ETC mount, are attached to a adhesive clear sheet. No sprue attachments to clean off! The etchings appear clean with no rough edges.

I checked my references which I found very frustrating to tell the truth. The only drawings I found appear to be the later, longer and wider version found on A-8/F-8 variants and later. This version is an earlier version with a much narrower rear cover. I found pictures of parts of this rack, and the PCM version appears pretty close to those pictures. The shapes are close and checking the length against my kit, the rack starts and ends at the correct points. The only thing that may be a little off is the rear may get a little narrow, but I can't be sure of that because none of the photos I have give a clear shot from below of the ETC mount. There are some small details missing from the rack most of which will be hidden if a bomb is mounted, but with good references one could add them. 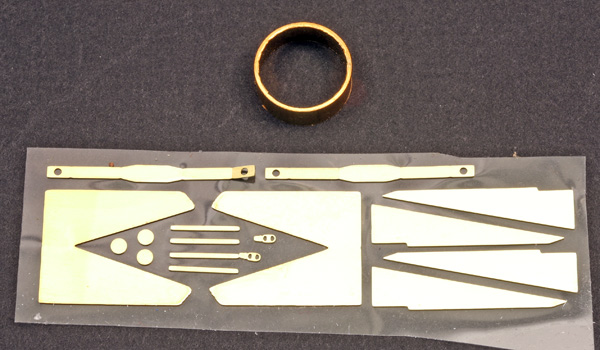 The bombs also look good. Drawings show a bit more of a point, but comparing to photos they look very close. The two types, SC (general purpose) and SD (fragmentation) look accurate, although I could not find references for all the markings and colors.

There isn't really much in the way of instructions, although some decent references will show where it goes. I have also included a picture from Kitlinx website that has a little more description of the parts. For early 190s, the front of the ETC rack is located between the wheel wells right where a line between the wheel hubs cross the mid-line of the fuselage. The rear point of the ETC rack ends approximately even with the front edge of the radio hatch. 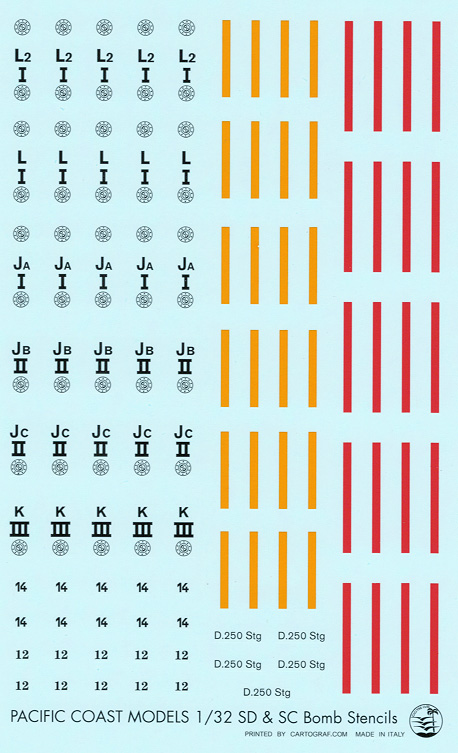 The decals look good, well printed, and there are several extras for the spares box.

In summary, a nice extra for your PCM or early Hasegawa Focke Wulfs!

These sets are only available from Kitlinx.