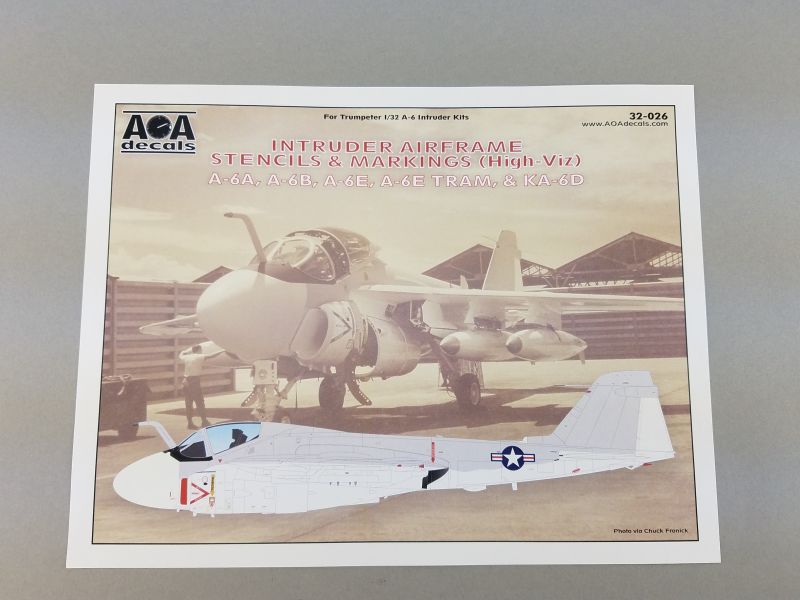 This is another brand new release of markings from AOA Decals, this time around, a full set of stencils for the 1/32nd Trumpeter A-6 series of kits, as well as potentially working well with 1/32nd Combat Models A-6E Intruder, and the I.D. Grumman A-6 Intruder.

Just like the other AOA A-6 decal reviews, the history of the Intruder has been covered extensively so I won't go over the long and storied history of the A-6 here, but will instead, concentrate on the decals themselves. 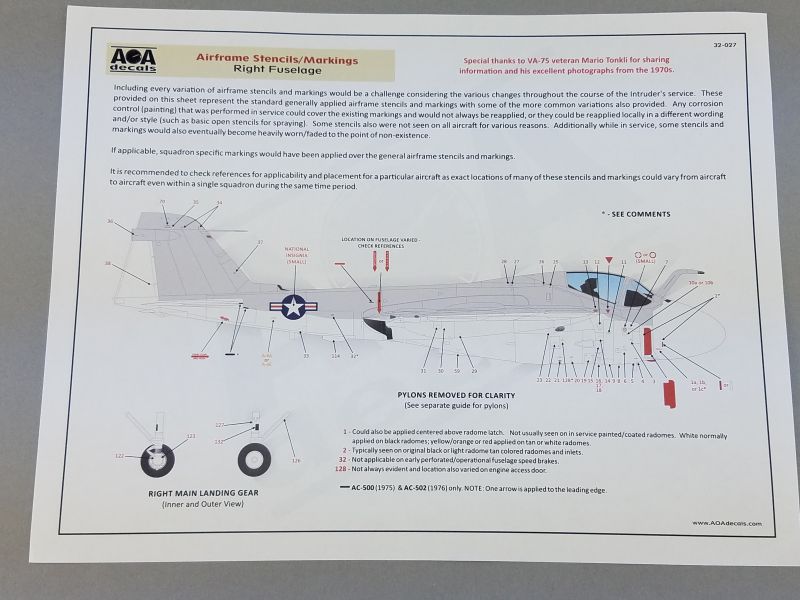 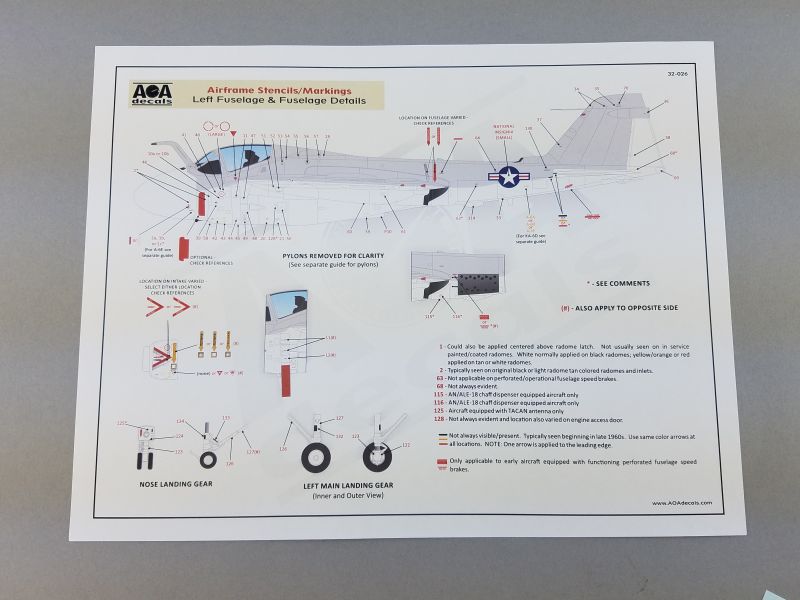 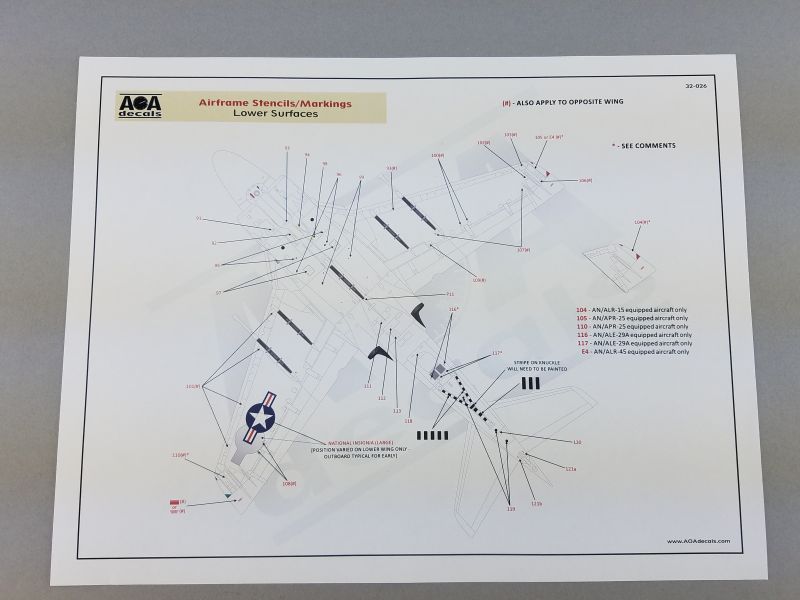 This very complete stencil decal sheet is printed by Cartorgaf in Italy, is very opaque yet thin, the artwork is very clearly legible under magnification and the printing is all in perfect register and bright. The decal sheet itself is extremely professionally done, and all colors are bright and as they should be for all stencils. The carrier film on this AOA sheet is so thin as to be almost imperceptible, even on the many stencil letter surrounds, and significant effort is needed to even see it on the sheet. The decals are very well done, and it should be very useful to anyone planning a 1/32nd A-6: 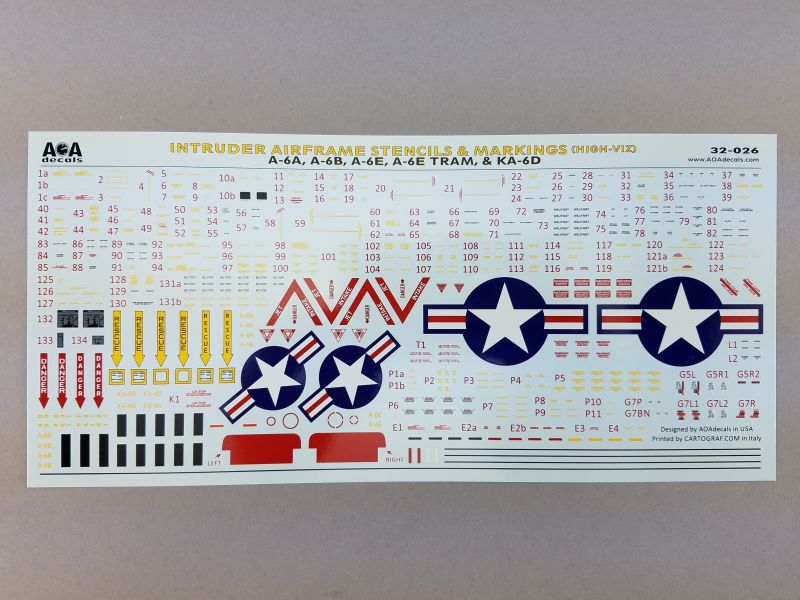 If you are planning on building a 1/32nd A-6 Intruder, this is a must have sheet for you, as its is very well documented, and very complete, including full documentation and placement guide.

This AOA sheet is a BIG step above the stencils provided in the kit, and the instructions and documentation alone make this one of best ways to complete your 1/32nd A-6 kit.

These A-6 decal sets from AOA are everything you look for in after market decals; clear, precise, opaque and in perfect register with full documentation and stencil placement to go with it. HIGHLY recommended!

Thank you to Steve at AOA Decals for the review sample.