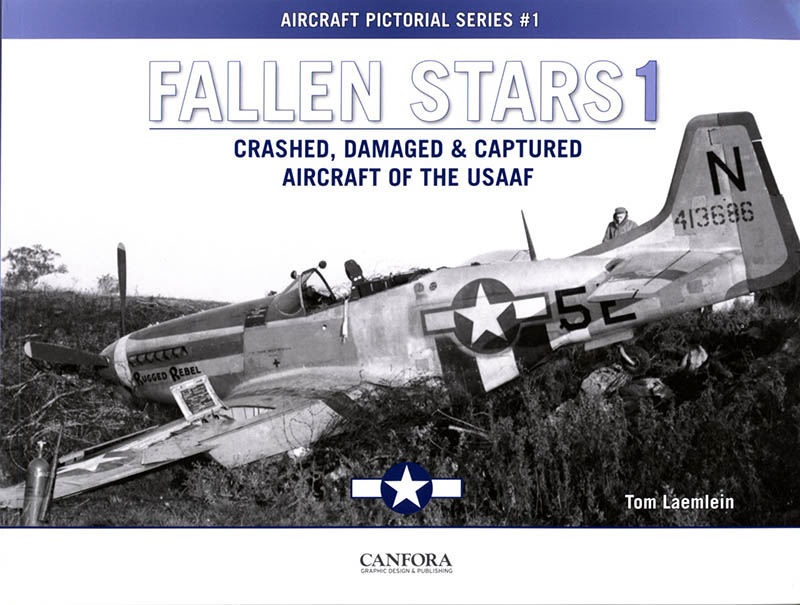 Swedish publisher Canfora Publishing usually specialises in books about armour and armour modelling, so may well be an unfamiliar name to many aircraft modellers. In 2015, the company branched out into covering aircraft modelling, with the release of Wingspan Vol. 1. Late 2016 saw the release of Vol. 2 in the series. Now the company has branched out yet again, introducing a new series entitled Fallen Stars. Here we examine volume 1, Crashed, Damaged & Captured Aircraft of the USAAF, written by Tom Laemlein.

The book is lavishly produced in soft-cover landscape format, and consists of 128 glossy pages. It's similar in intent to the old Broken Eagles series produced in the 1980s by Fighter Pictorials, in that it presents photos of USAAF types in various states of disrepair—mainly due to crash-landings.

The value of a book like this to the modeller is that it offers glimpses of airframe details you rarely get to see, and this book certainly does that. The photos are large, excellently-reproduced, and as good as the original source material allows them to be. They are also fascinating, and if you happen to be building any of the subjects covered, you'll find plenty to pore over and examine here.

Thanks to Canfora Publishing for the review sample.