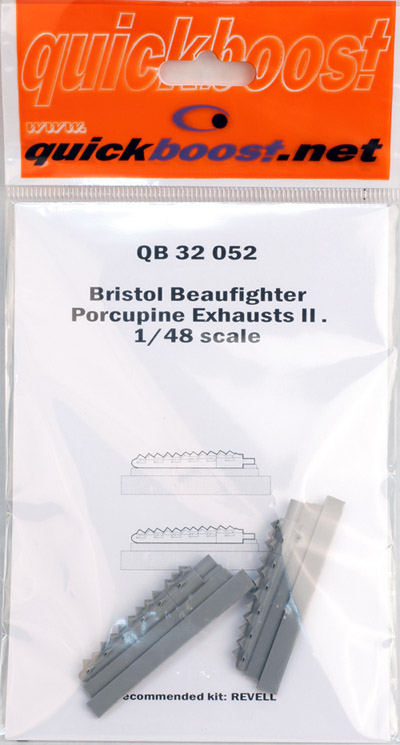 Here is a quick upgrade for the old Revell Beaufighter. These exhausts by Quickboost, an Aires company, provide the so-called 'porcupine' flame dampening exhausts, often used by nightfighter versions of the Beaufighter. These are the nicest exhausts I have ever seen for the Beaufighter, with very fine outlets that provide quite deep openings. Other than removing from the casting stub, it does not appear much cleanup if any is required.

Here's some photos of an Aussie Beaufighter's exhausts. Support bracket info from the photo might be handy as well. 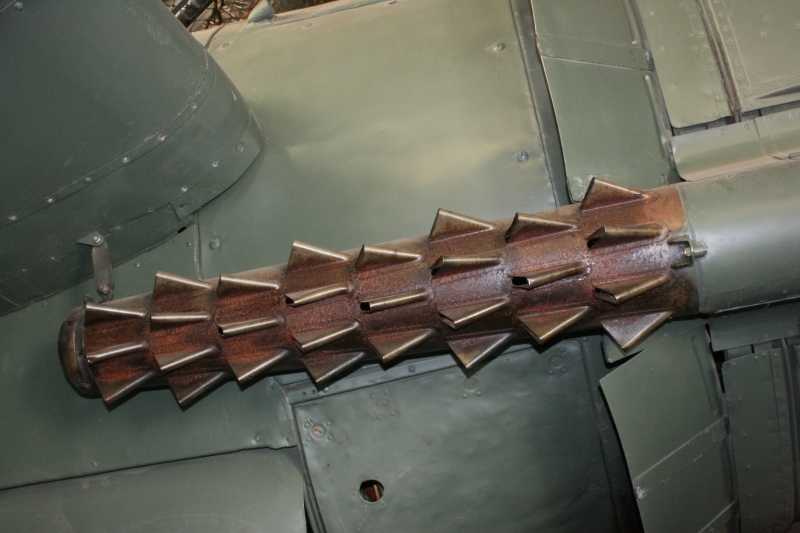 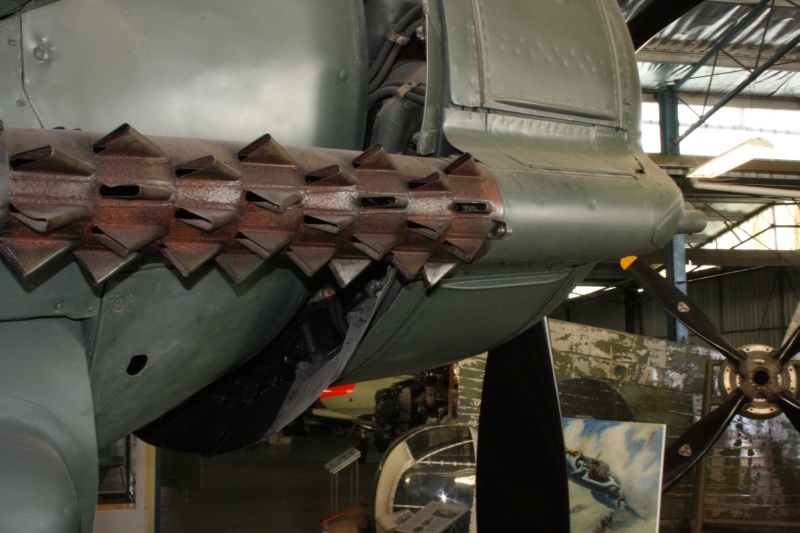