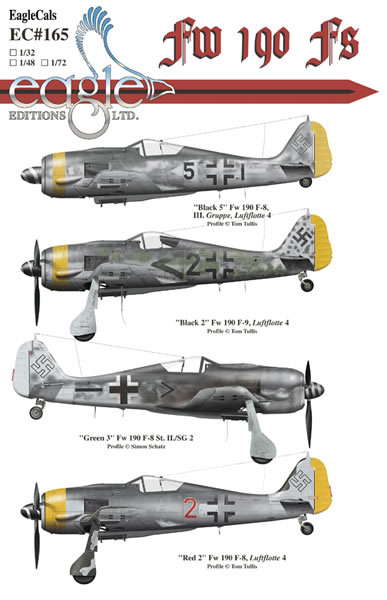 Eagle Editions has just released a new set of decals aimed at the recent Fw 190F kit from Revell. If you'd prefer to convert the Hasegawa kit instead, or happen to have that company's limited edition Fw 190F-8 release, this set will be equally applicable.

Decals are provided for the following four aircraft:

The decals themselves are supplied on two sheets, exquisitely printed by Cartograf: 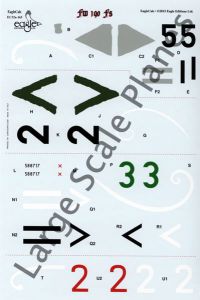 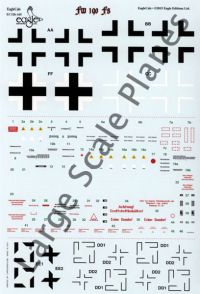 The printing is crisp and clear, with both colour density and registration being perfect: 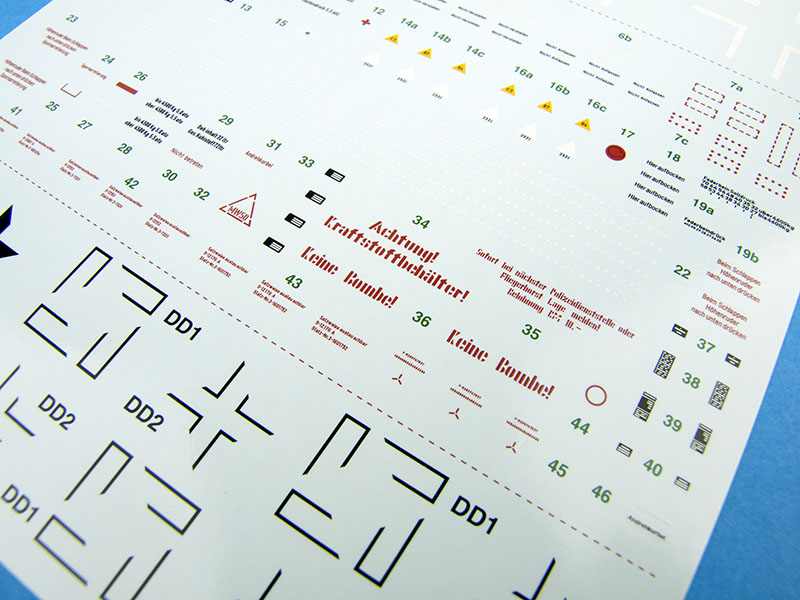 Note that the swastika decals are broken down into multiple decals, and will need to be assembled on the model. Oddly, while this is clearly done to comply with certain European laws, all the included profiles include properly rendered swastikas.

As you'd expect these days, the placement guide is in full colour, on a fold-out sheet that also includes descriptions of each aircraft's camouflage, and a stencil placement guide.

This package is a worthy alternative to the kit-supplied decals, and provide some really interesting options. Each one appears to sport a patchwork of late-war colours and styles, and any of them would make for an attractive model. The quality of the decals themselves is beyond reproach, and I can highly recommend them.

Thanks to Eagle Editions for the review sample.