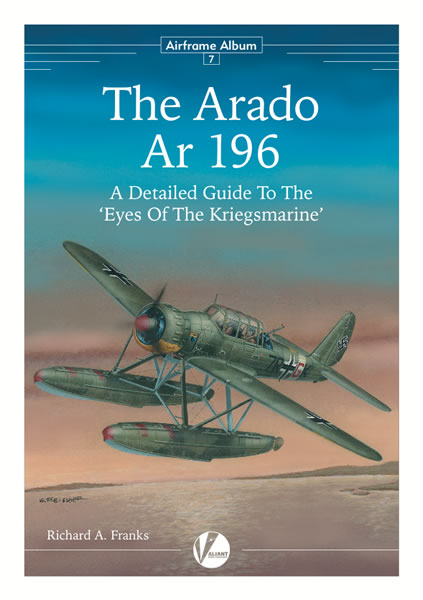 Valiant Wings Publishing has just released the seventh instalment in their Airframe Album series, entitled The Arado Ar 196: A Detailed Guide To The 'Eyes Of The Kriegsmarine'. In common with previous titles in the series, this one is authored by Richard A. Franks, a well-known name in modelling and aviation publishing. 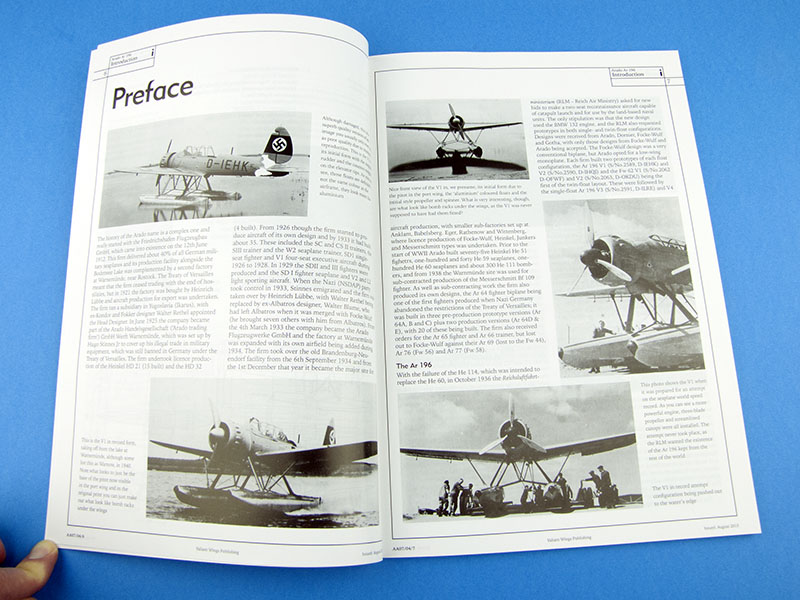 It should be evident from the list of contents alone that this title is aimed squarely at the modeller. There's plenty here for aviation enthusiasts and Arado Ar 196 aficionados too, but the emphasis is on providing the modeller with copious data and as much detail as possible.

The Technical Description section of the book is packed with period photographs, technical drawings and contemporary restoration images. The airframe is covered pretty comprehensively from nose to tail, with special emphasis on those areas of the most interest to modellers: cockpit, engine and the floats. Good use is made of a preserved example in Bulgaria. 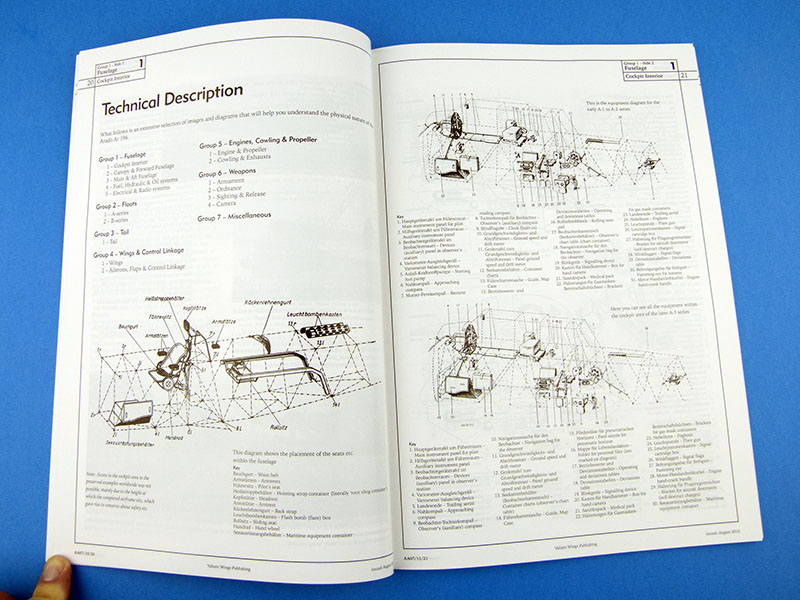 The section on the evolution of the airframe gives a concise but very clear overview of the development of the Ar 196 from the initial prototypes, right through to the final production variants, including several proposed versions that never made it into production. 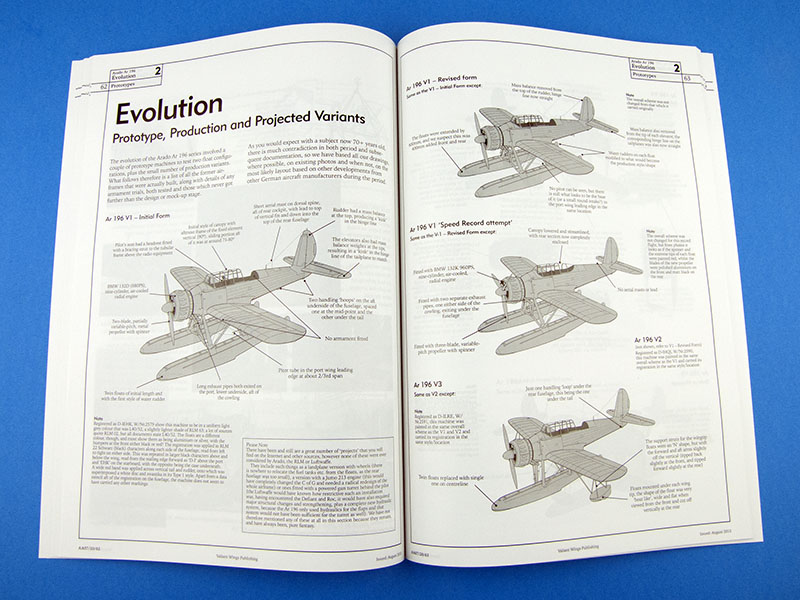 The Camouflage and Markings section covers the type's use by the Luftwaffe, as well as its deployment by foreign air forces. A decent selection of period photographs is accompanied by seven pages of colour profiles. Of particular interest is the inclusion of the scheme used in the TinTin title The Shooting Star, for which Blue Rider even provide decals in 1/72 scale. 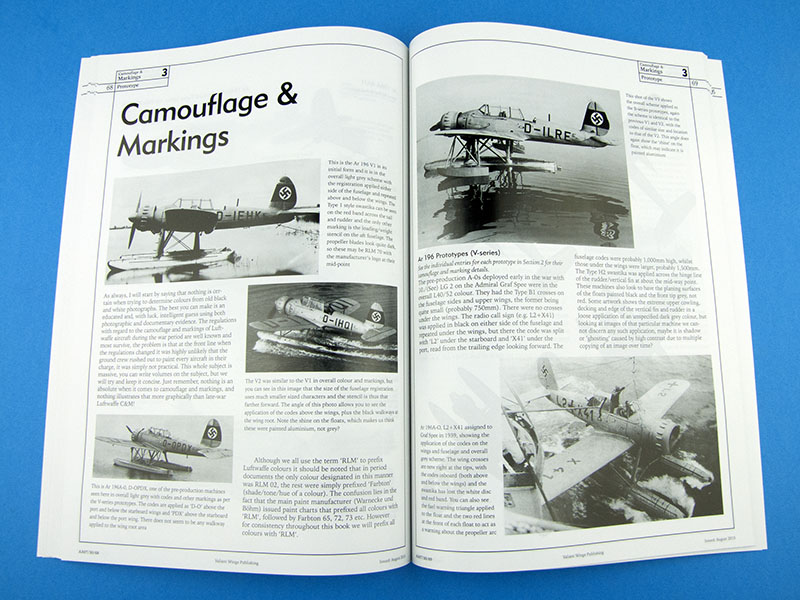 The final of the main sections of the book features four model builds in three scales. The first is by Libor Jekl, and utilises the Heller 1/72 scale Ar 196 kit as the basis for a conversion to the single-float V4. Libor does an excellent job with this kit, so much so that it's my favourite build in the book. Libor's 1/72 models are so good, that they've made me reconsider my previously dismissive attitude to modelling in this small scale. Very impressive indeed! 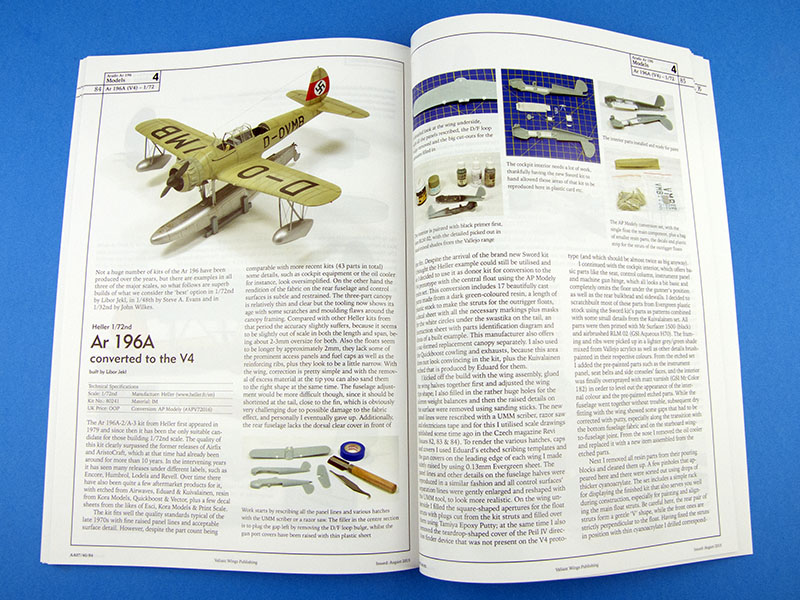 The second is also by the prodigiously talented Libor Jekl, this time featuring the relatively new Sword A-3 kit in 1/72 scale. It's another excellent build, combining the kit with a vacuform canopy and resin beaching dolly. 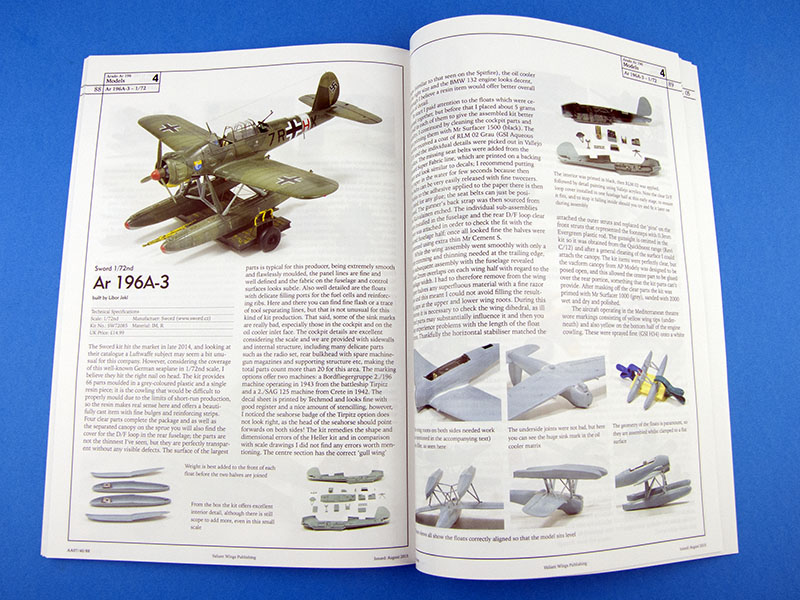 Steve Evans steps up for the third build, taking the Italeri 1/48 scale kit and turning out a very nice example straight out of the box. 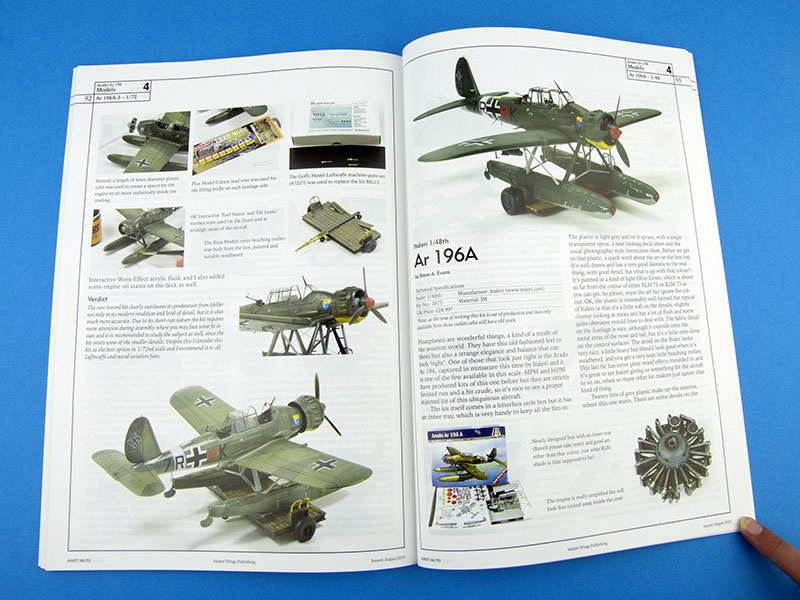 The last build featured in the book is by John Wilkes, who tackles the big Revell 1/32 scale kit, though in its newer Ar 196B guise. John uses the kit decals to produce the same scheme as Libor's build, which is of course the V4 airframe, rather than a B-series example. John's build sports a spinner-less 3-blade prop, which also differs from Libor's build. But as John notes in his build article, it's the only scheme the Revell kit offers. Still, John's build is excellent. 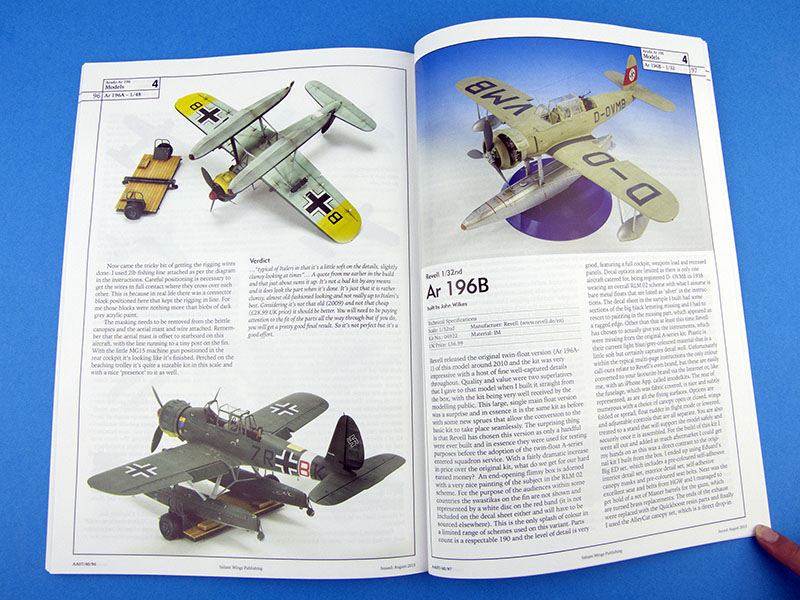 The final section is the Appendices, and these follow the customary pattern for this series of books, in outlining what options the modeller has in terms of kits, accessories and decals for producing a scale replica Ar 196. Only the Revell kit is listed for 1/32 scale or greater, but it's relatively well catered-for by aftermarket manufacturers.

The book rounds things out with a bibliography of existing titles covering the Ar 196, which serves as a handy launch pad for further research into the type.

This is a detailed, comprehensive and modeller-friendly title. If you're building, or intend to build, a model of the Arado Ar 196 in any scale, this book will prove invaluable, and I highly recommend it.