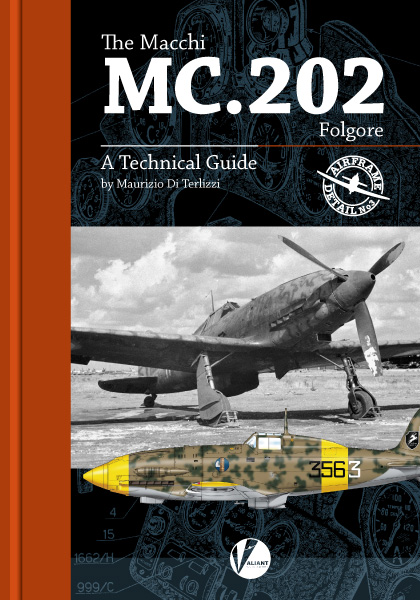 The book consists of only two main sections, plus an introduction and appendices:

In a departure from the structure established in the first to two Airframe Detail volumes, this book lacks the model build section, probably due to either space or time constraints. The appendices feature a run down of available kits and accessories, as well as a concise bibliography on the type. Let's take a closer look at each section.

While not listed as one of the major sections in the book's index, the Introduction consists of a 14-page history of the type, copiously illustrated with captioned photographs. 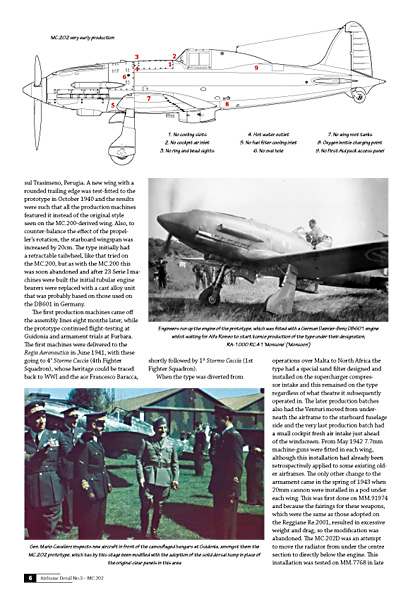 This is the longest section of the book, clocking in at 40 pages. The content is a mix of original factory drawings, period photographs, and close-ups of modern museum examples. Nine distinct areas are covered: 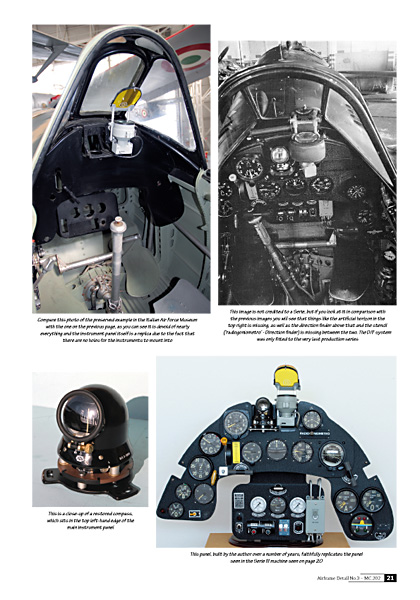 This section comprises 20 pages, and is co-authored by Richard Franks. Once again, many period photos are used, with the discussion covering all the usual 'smoke rings', 'poached eggs', 'little hearts', and 'little snakes' camouflage patterns. Usage by both the Regia Aeronautica and the Co-Belligerent Air Force are covered. 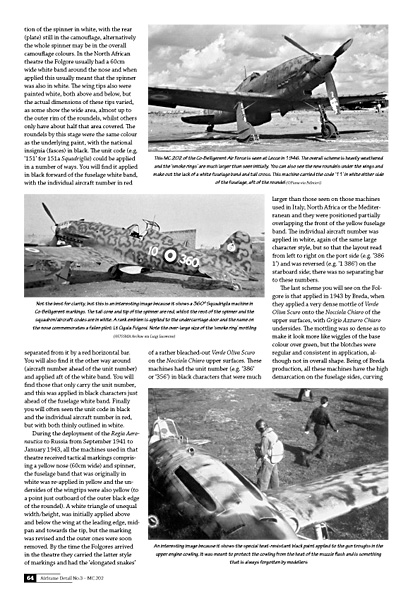 This section is rounded out with eight pages of colour profiles by Richard Caruana. Each of the aforementioned common camouflage patterns is illustrated, along with the 'reverse' pattern and an aircraft whose upper surfaces were solid olive green. Among the oddities covered are a post-war machine, a Luftwaffe example, and a captured machine partly finished in American markings. 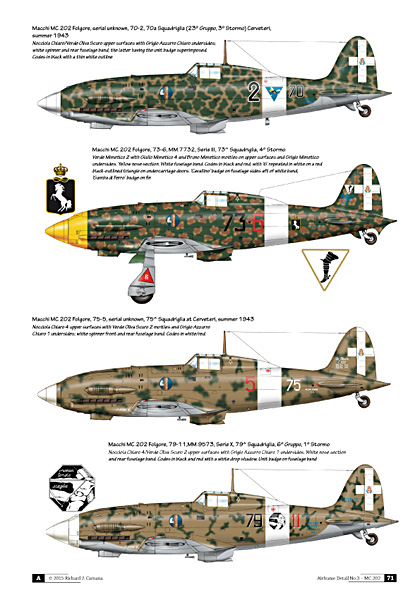 The five appendices occupy the last five pages of the book. The first four give a run down of Folgore kits, as well as decals and aftermarket accessories. It's pleasing to note that their have been several LSP kits available over the years, including two injection-moulded examples from 21st Century Toys and Pacific Coast Models. Sadly there are no aftermarket products available for these kits, save for some paint masks from Montex.

The final appendix (mislabelled as 'iv', but actually 'v') provides a brief list of known references for the MC.202, which includes dedicated monographs, as well as official documentation, periodicals, and part-works.

This is a very good one-stop technical reference for Macchi's famous Folgore. Sure, it lacks an extensive look at the type's operational history, but as a self-proclaimed Technical Guide, this is not really the book's intent. The detail coverage of the areas commonly of interest to modellers (cockpit, wheel bays, engine) is superb, and on that basis alone I can heartily recommend this book.