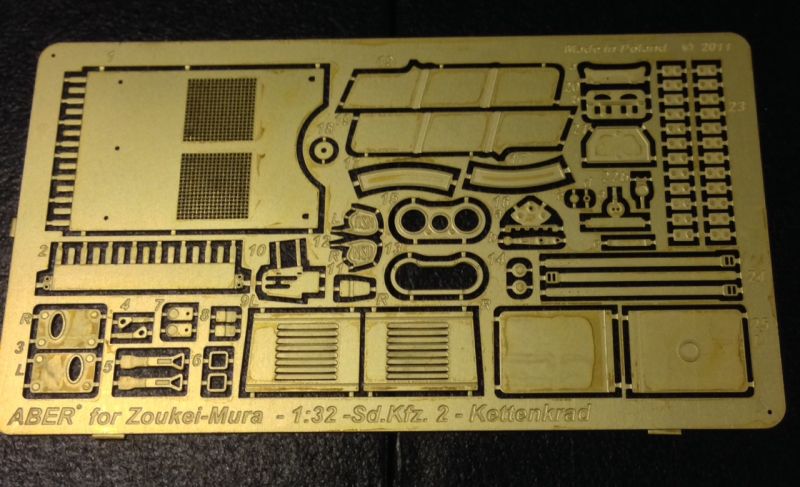 Around the same time Zoukei-Mura released their epic He 219 kit, they also released a Kettenkrad in 1/32 scale, the first of its kind in this scale, along with several accessories for the small tracked airfield vehicle.

One of the accessories is a photo-etch detail set made by Aber for Zoukei-Mura. This contains approximately 67 PE parts, 4 brass parts for handrails, the gear shift lever, and what I expect is a hand brake, and one small film/acetate sheet for the gauges. Comparing to the kit parts, you definitely get some nice additional detail here!

The set comes packaged in a clear thin plastic box which opens on the top, which is now quite standard for ZM aftermarket sets but still not one I'm used to seeing contain a simple flat photo-etch fret.

Instructions are in Japanese but the diagrams are quite easy to follow, so anyone with some experience using photo-etch should have no difficulties in correctly using the parts. Highly recommended! 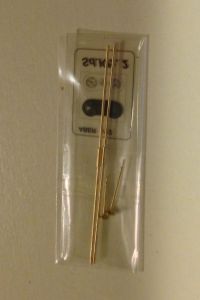 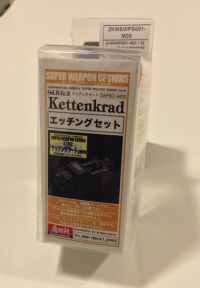