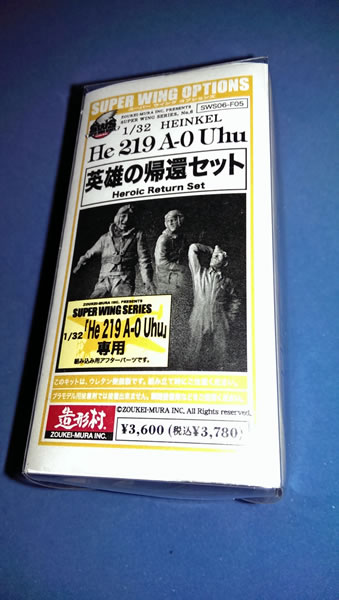 Released to coincide with their superb He 219, Zoukei-Mura produced this three figure set consisting of a pilot figure, radar operator, and mechanic.

The pilot figure is up on his feet ready to climb out of the cockpit with a broad smile giving the impression a successful mission was had. An oxygen mask and hose is provided.

The radar operator is still seated facing backwards, and looking to his right. He comes with a separate left arm and also oxygen mask and hose.

Lastly the mechanic figure wears the distinctive black Luftwaffe overalls, a peak cap on his head which he seems to be scratching with his right hand.

All the figures are nicely molded in the standard Zoukei-Mura resin, which is soft and very easy to work with, there is a bit clean up required, but nothing major.

They do form an odd mix, whereas the pilot is exuberant, the other figures are nonplussed to say the least, so their interaction looks odd. However, you can split them up, for instance have the pilot climbing out of a single seat fighter post mission, use the radar operator in the rear seat of a Me 410, Bf 110, and the mechanic would look great in front of an aircraft with say, its engine exposed, mid-service, looking up at the sky. 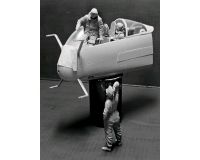 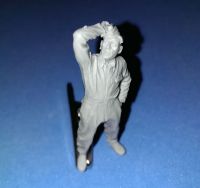 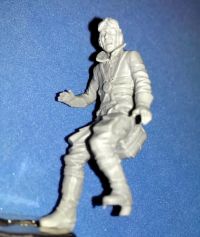 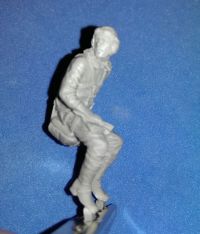