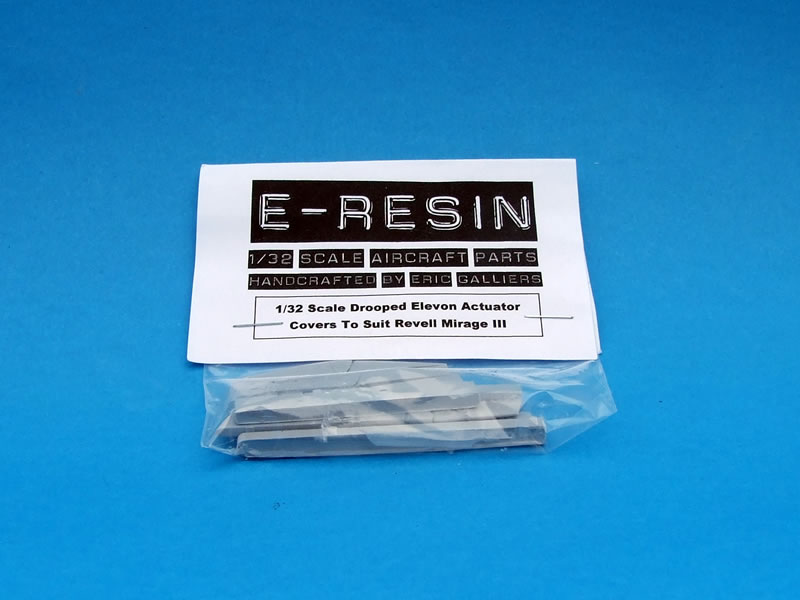 Eric Galliers' E-Resin line continues its focus on Revell's aging Mirage III kit in 1/32 scale. This release consists of a set of four drooped elevon actuator covers to replace the kit items. According to Erik, the Mirage's elevons drooped 6 degrees when the aircraft was parked, so these actuator covers have been cast to reflect that droop. 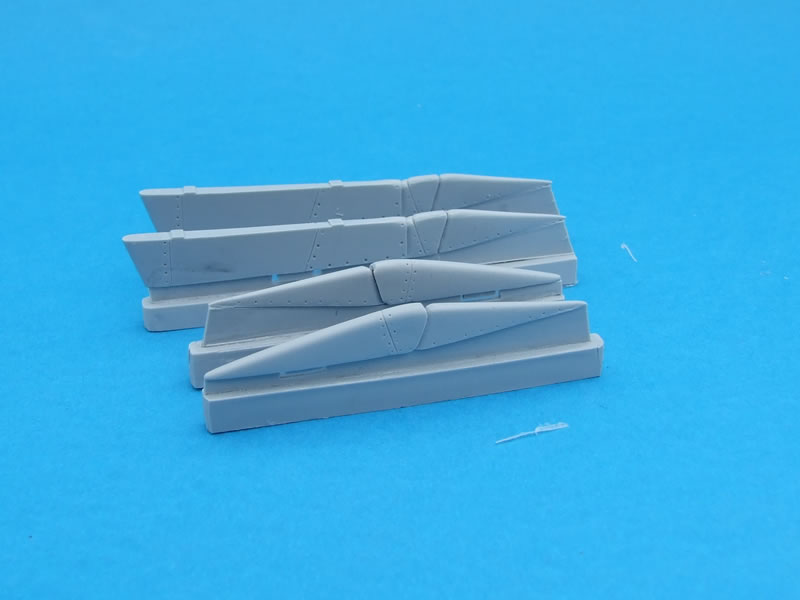 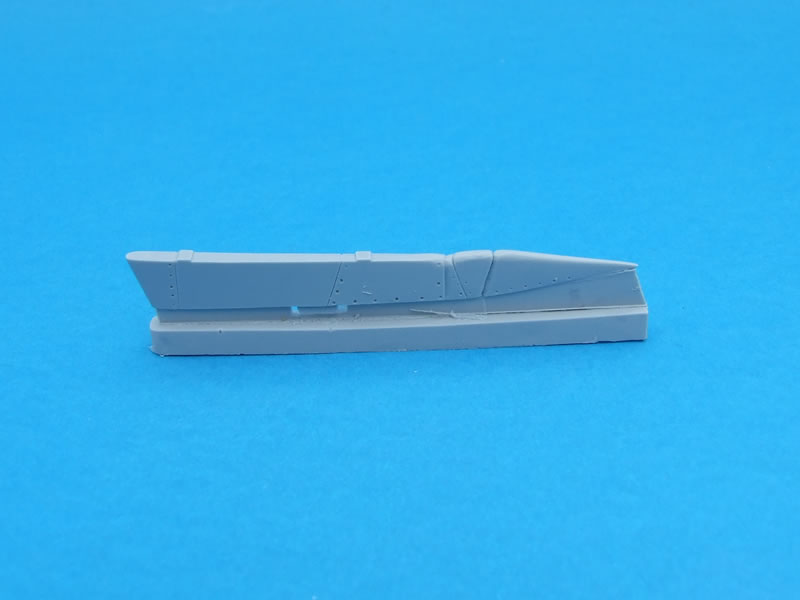 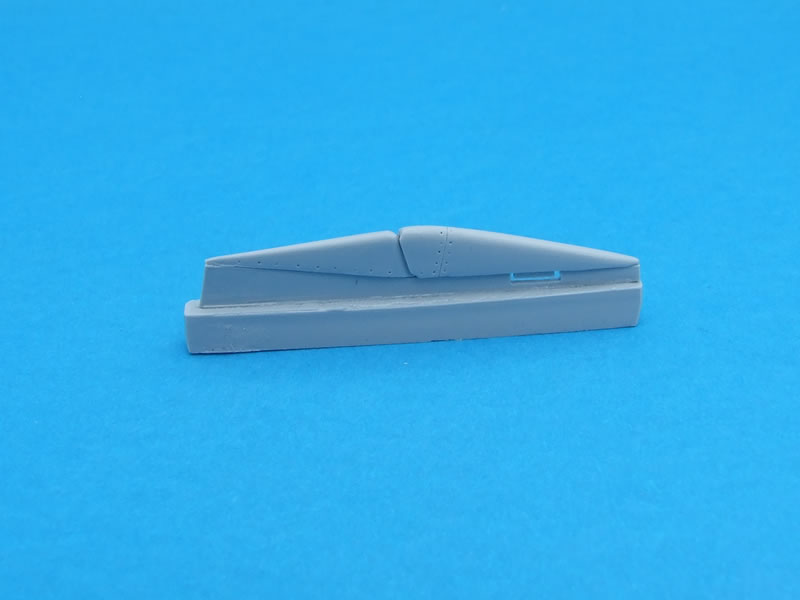 The parts themselves are crisply cast and finely detailed, though the surface detail is recessed throughout, which is at odds with the raised detail on the kit itself. The assumption of course is that anybody buying this kind of set for their Mirage kit is most probably going to rescribe it anyway.

Eric advises that, when fitting them, "The controls surfaces do not need to be removed to fit them, simply scribed and bent down".

This set from E-Resin is highly recommended. For more details, or to see these parts come to fruition, check out Eric's Mirage build thread in our forums.