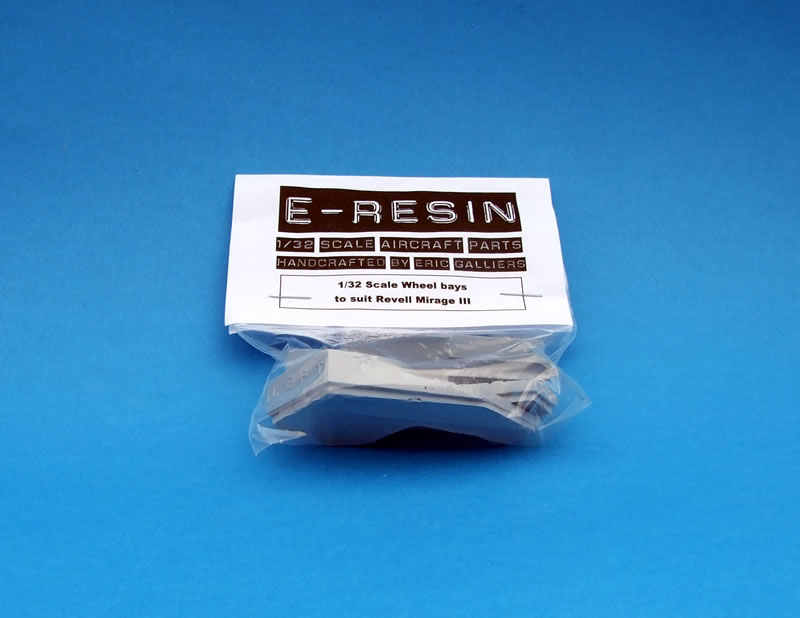 While Revell's elderly 1/32 Mirage III kit might be getting a bit long in the tooth (so far as I can tell the original release dates back to 1975), it's still the only game in town for large scale modellers wanting to add a Mirage to their collection. E-Resin is a new company formed by LSP member Eric Galliers, initially to provide some upgrade parts for Revell's venerable kit. This time we look at his set of replacement wheel bays.

The parts in this set are cast in a pleasing neutral grey, and consist of two main wheel bays and a nose wheel bay. 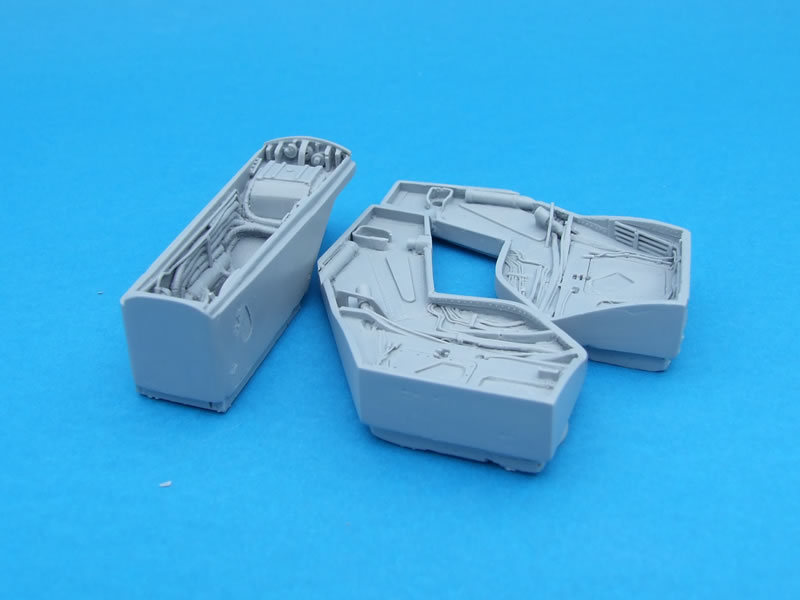 Detail is excellent, and the casting is crisp and clean. The nose wheel bay is particularly well-detailed, and has been designed to accommodate the Fisher cockpit set, with the not-unreasonable assumption that a modeller wishing to replace the kit's wheel bays might already be in possession of the replacement cockpit. The photos will attest to the quality of Eric's work. 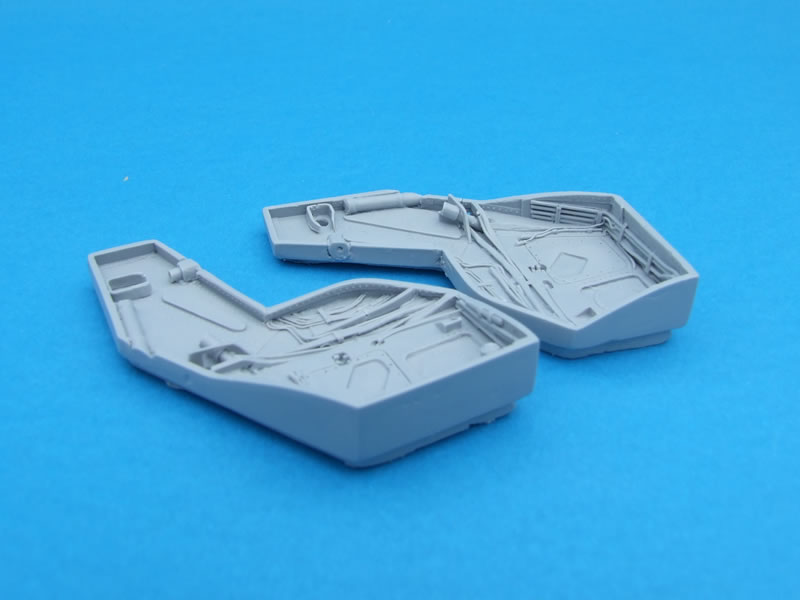 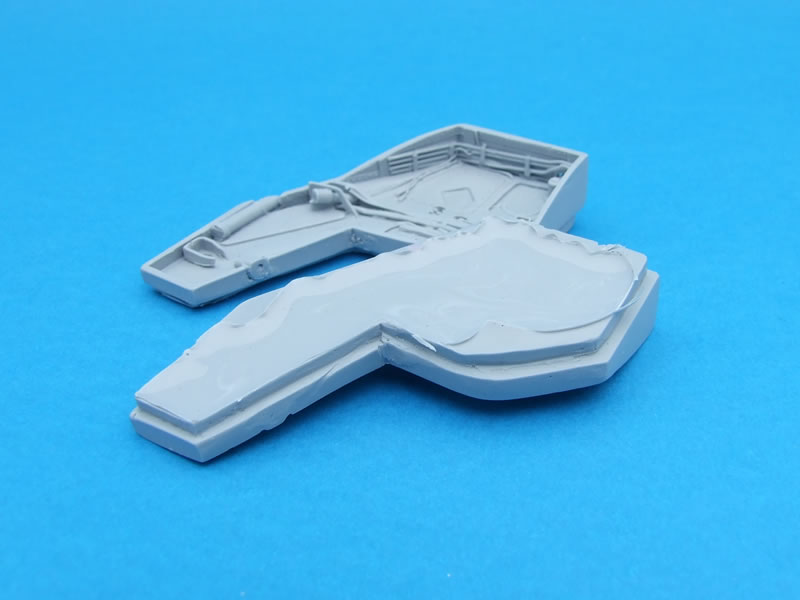 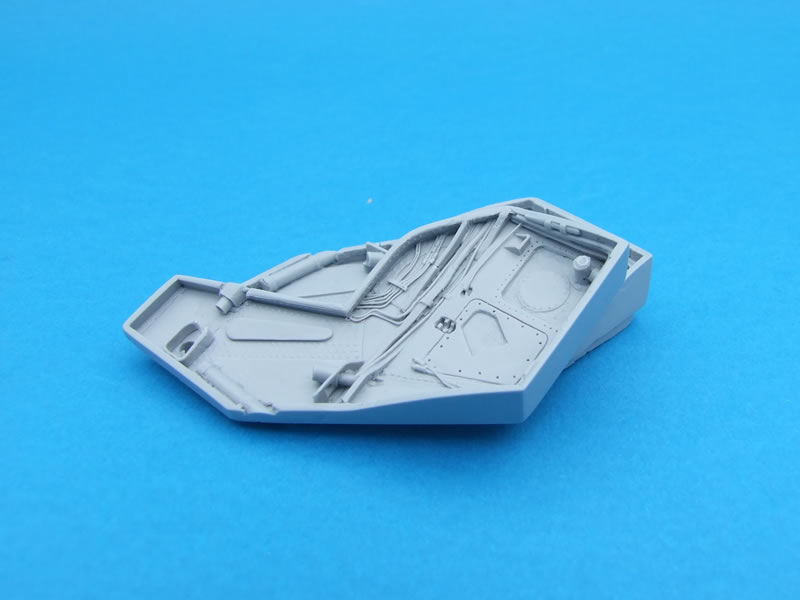 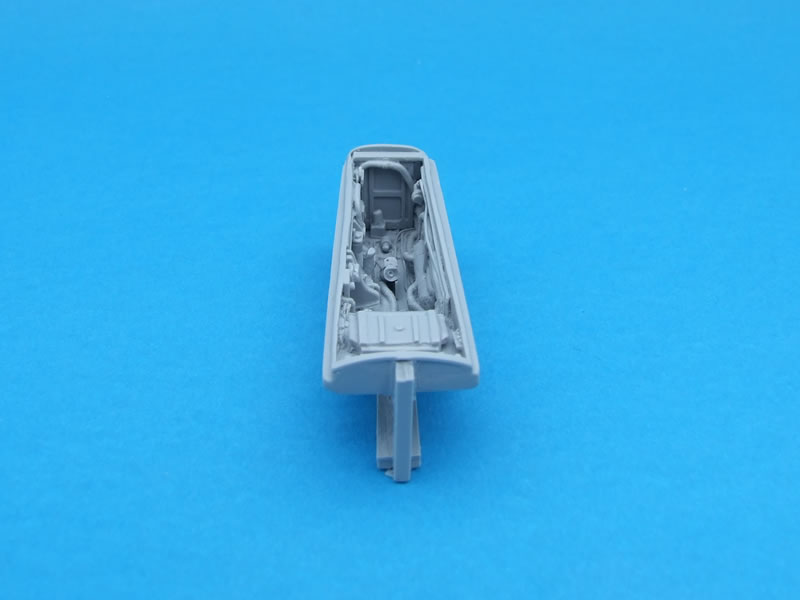 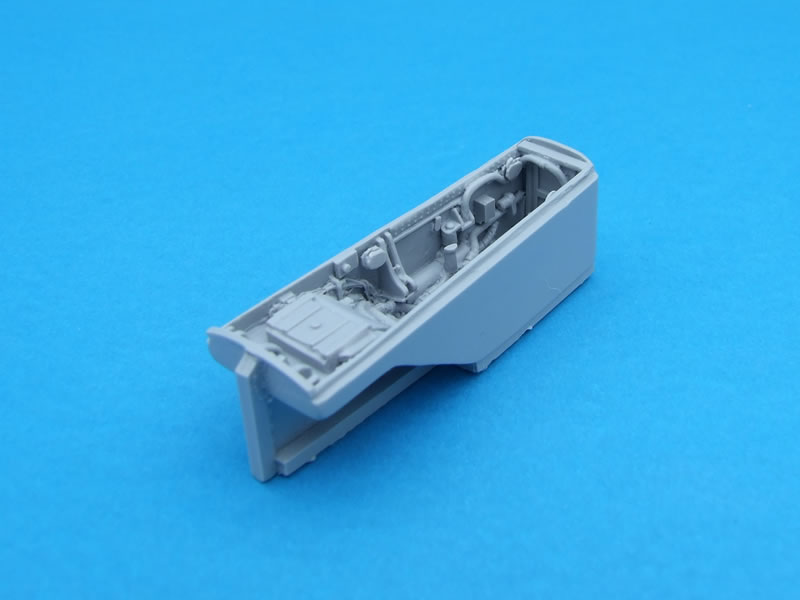 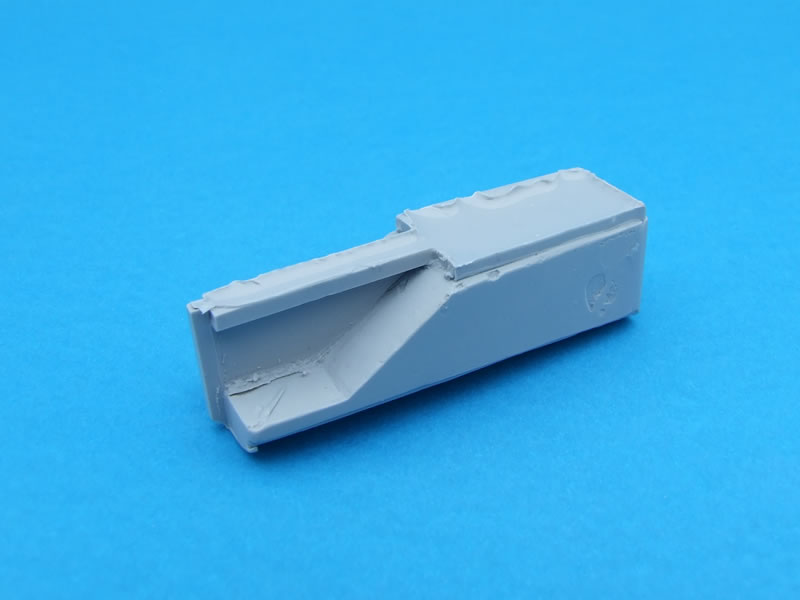 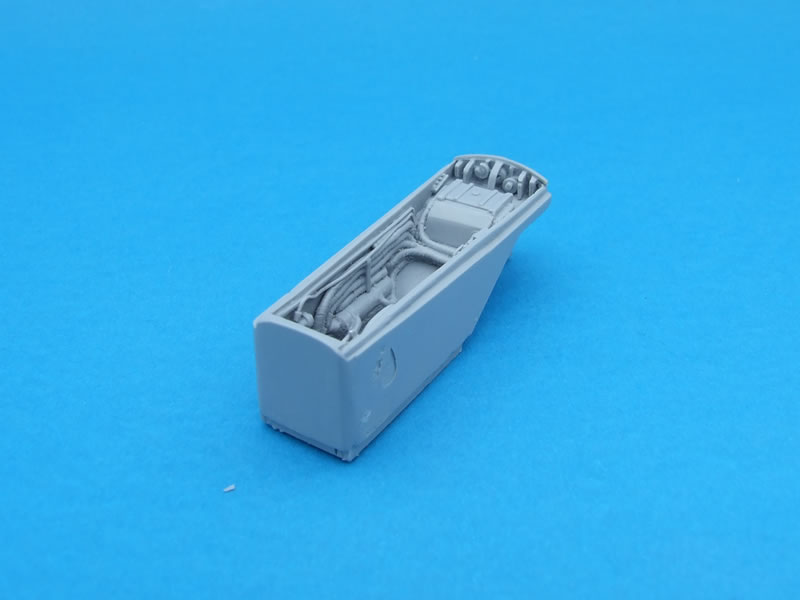 This wheel bay set from E-Resin is highly recommended. For more details, or to see these parts come to fruition, check out Eric's Mirage build thread in our forums.