Barracuda Studios is about to release a whole batch of new products at the IPMS National Convention next week, starting on August 14, 2013.

Here is a sneak peak of two of these new releases. They are not available for pre-order yet, but will be soon. Both are for the new Hawker Tempest Mk V from Pacific Coast Models, but will also work for other Tempest kits, and the second type will work for a few other British aircraft types as well. 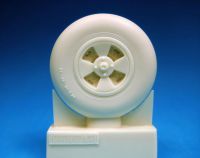 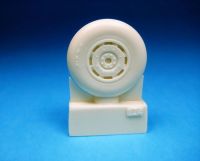 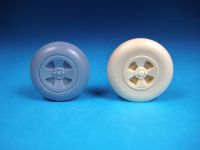 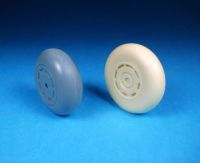 This set consists of a pair of super detailed, accurate resin main wheels with smooth tires as fitted to Hawker Tempest V, series II and later variants, such as the MK II and Mk VI when operating primarily from grass or unimproved airfields. Designed for all 1:32 Tempest kits. 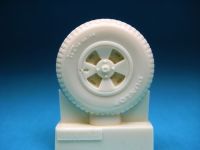 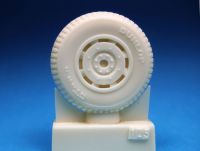 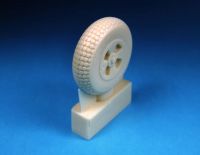 This set consists of a pair of super detailed, accurate resin main wheels with staggered block tire tread as fitted to postwar Tempests when operating primarily from concrete runways. This wheel was also fitted to all variants of Postwar Fireflies, all variants of the de Havilland Hornet and Sea Hornet, and the mighty, but unpopular, Blackburn Firebrand. While no kits of these aircraft are currently available in injection, surely someone will take pity on us. These wheels are not, however, applicable to the Hawker Sea Fury, as this was fitted with smaller 30" tires.

More 1/32 announcements will follow tomorrow, with a decidedly American flavor.