To be debuted (as in available for sale) for the 1/32nd scale P-51D Mustang at the IPMS Nationals in Omaha, Nebraska later this week, are the following 2 brand new products: 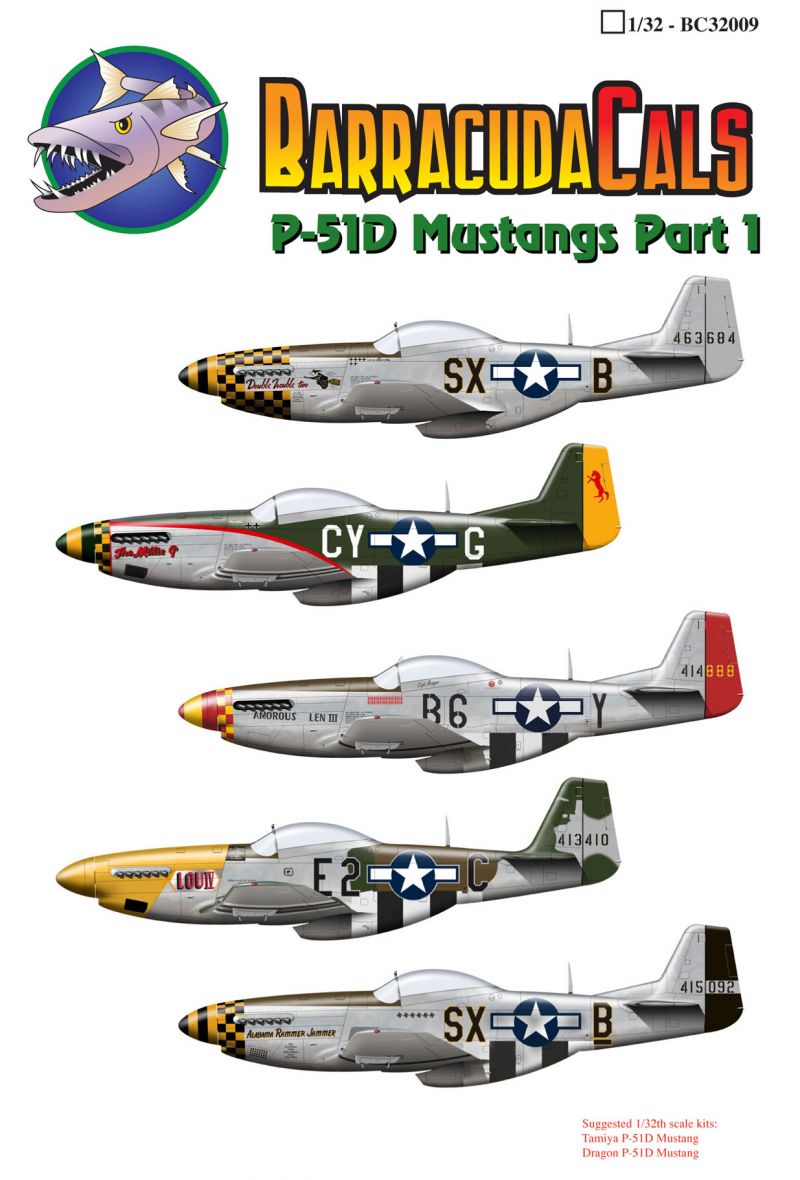 This sheet provides complete markings for one of five different P-51D Mustangs. A full suite of accurate D model airframe stencils and National Markings are included.

The first , BC32009 P-51D Mustangs Part I, is designed for the just released P-51D Mustang in 1/32nd scale from Tamiya. There is great excitement over this new kit. I have a copy, and I can assure you that it is superb. This new decal sheet provides markings for five European Theater P-51Ds. The markings are supported by a full suite of external stencils. The sheets are thoroughly researched, and are printed by Cartograf in Italy, so you know they will be of the highest quality. the subjects are as listed below:

2) The Millie G. S/N 44-14985 attached to the 55th Fighter Group, 343rd Fighter Squadron, 8th Air Force. Flown by Major Edward Giller (3 air-to-air, 6 strafing victories) from Wormingford Airfield, 1944-45. This sheet depicts the Millie G accurately, probably for the first time. There are actually two different aircraft, and both can be modelled with markings on this sheet. One had diagonal yellow trim stripes and no invasion stripes, while the other one had red diagonal trim stripes, under fuselage invasion stripes, and a narrow red trim stripe to the nose checks. The Nose checks are green and yellow as previously represented, but the green in reality is a much darker green. The yellow name actually had a red drop shadow, not green as previously shown.

4) Lou IV. S/N 44-13410 of the 361st Fighter Group, 375th Fighter Squadron, 8th Air Force. Flown by Lt. Col. Thomas Christian (KIA August 12, 1944 with no victories) out of Bottisham Airfield, summer 1944. This is a much loved and extremely hotly debated aircraft, color scheme wise. You can paint it as you see fit, but this sheet accurately captures the correct size, style and dimensions of the markings it wore. The Tamiya 48th and 72nd kit markings are incomplete and incorrect, with considerably undersized fuselage codes. The "Athelene" marking is included for the Starboard cowling, which most earlier decals for Lou IV missed.

5) Alabama Rammer Jammer. S/N 44-15092 of the 353rd Fighter Group, 352nd Fighter Squadron, 8th Air Force. Flown by Lt. Arthur Cundy (5 aerial victories) from Raydon Airfield in 1944-45. This aircraft can be built in two ways, as shown on the sheet with the three rows of nose checks, or slightly later, when the checks were extended as seen on Double Trouble Two. 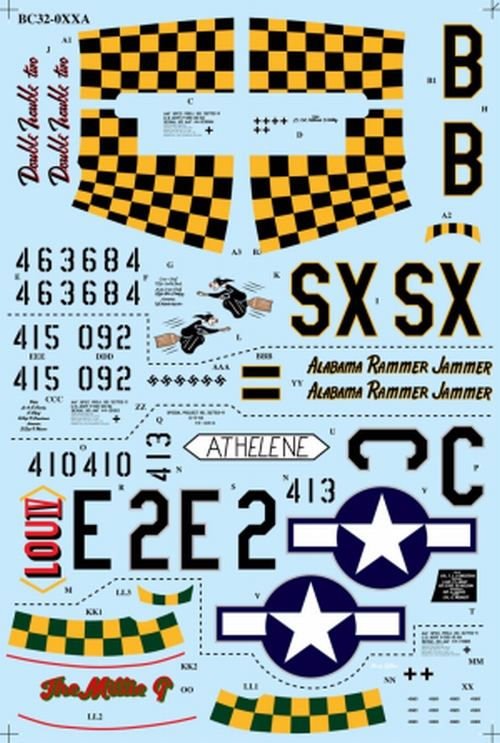 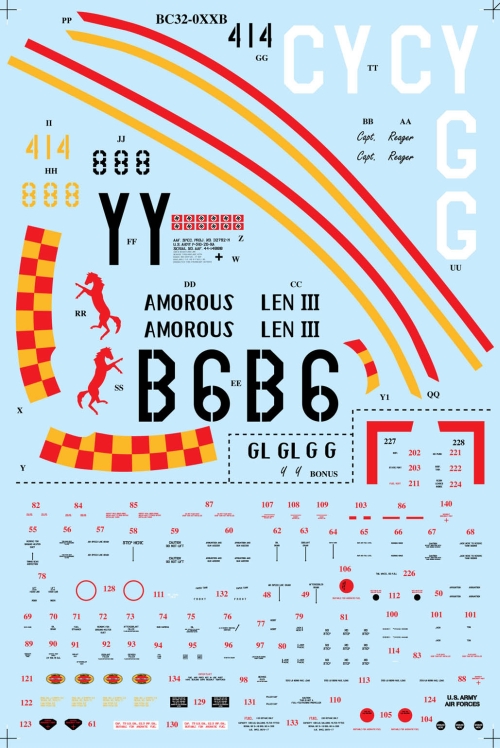 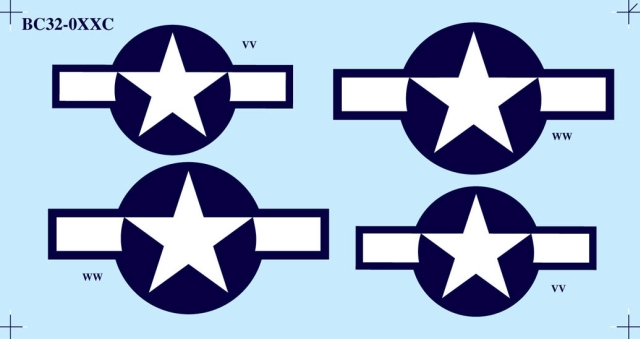 This decal sheet is just too cool! This thoroughly researched and beautifully printed decal sheet provides just about every single stencil and placard found in the P-51D cockpit. From the North American data plate down to the microscopic PULL on the droptank release handle... it's all there. Over 100 teeny tiny little decals will transform a rather standard looking cockpit into a living, breathing fighter pilot's office! Many hours of research has gone into this sheet. It has been produced as a decal sheet, as photo-etched placards are often too thick, and not easy to attach. Now, if applying 100 decals in an area about 3 inches long and less than an inch wide does not seem like fun, this set may not be for you! Even the radio and batteries are covered on this sheet, so you are going to need to set some time aside for this little upgrade!

Both of these sets will be available for sale starting Wednesday evening in the Vendor room at the show in Omaha. For those of you not attending, pre-orders will also be accepted this Wednesday, August 3rd, with shipment to start on Wednesday, August 10th.

More New Mustang stuff is coming in September. Go to www.barracudacast.com for information or ordering.