Kagero Publishing is very pleased to announce a new product line: Kagero Decals, available in 1:32, 1:48and 1:72 scale. Three decal series will be released under this label, all beautifully printed by Cartograf. The Red Series will cover the most attractive and colourful aircraft, usually adorned with nose art. Three planes included in each decal sheet will be presented and described in 8 page, full-colour guidebooks illustrated by our best profile artists. The decal sets will provide individual and national markings for all schemes.

The first release in the Red Series is entitled “Pacific Mustangs Part 1” and contains three striking schemes from the Pacific Theater of Operations:

The first two machines carry sexy nose arts on the fuselage. None of them has been done or done accurately previously.

The decals are already available at Kagero site [http://sklep.kagero.pl/index.php?cPath=120_121_126] 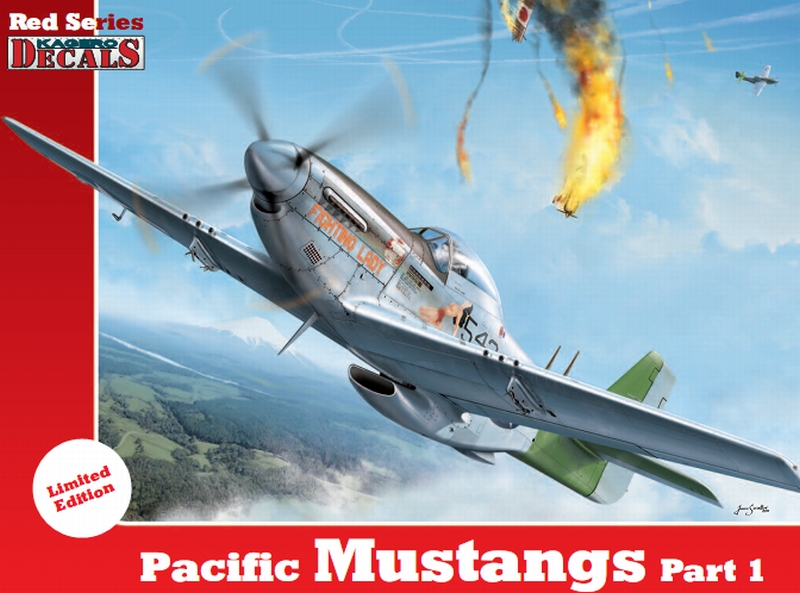 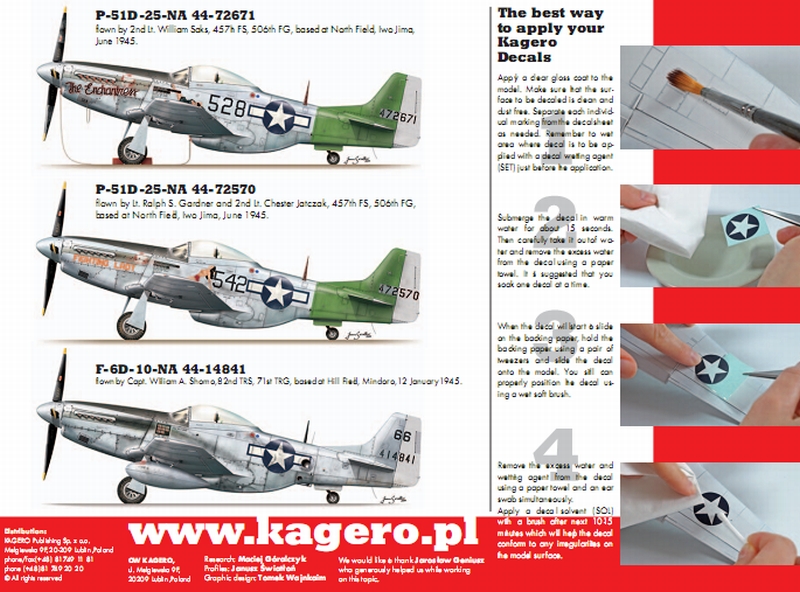