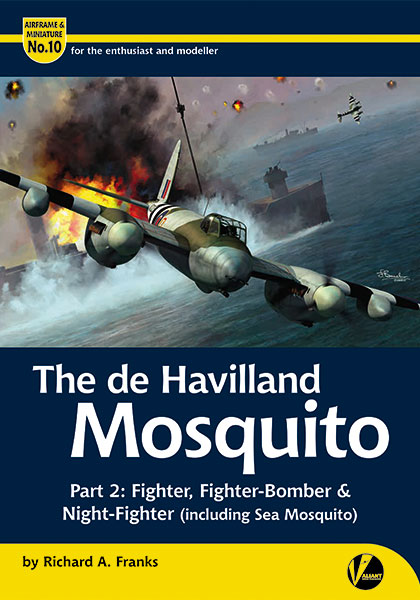 The modelling map in relation to the Mosquito has changed dramatically over the past eighteen years and much more reference material is now available. The time is therefore right to bring out new titles that comprehensively bring modellers and enthusiasts up to date with the type. This second volume follows our first covering the bomber and photo-reconnaissance versions released in 2016.

This tenth book in our much-acclaimed series will contain at least 176 pages packed with vital information that no active modeller and Mosquito enthusiast should be without.

Pre-order specials! – order your copy before June 1st, save £2.00 on postage and get a chance to win a large scale Mosquito kit (brand & scale TBA) in our pre-order prize draw!