We are pleased to announce our latest releases are now ready for pre-order. Shipping will commence as soon as possible after stock arrives in mid December but unfortunately orders will almost certainly not arrive before Christmas. 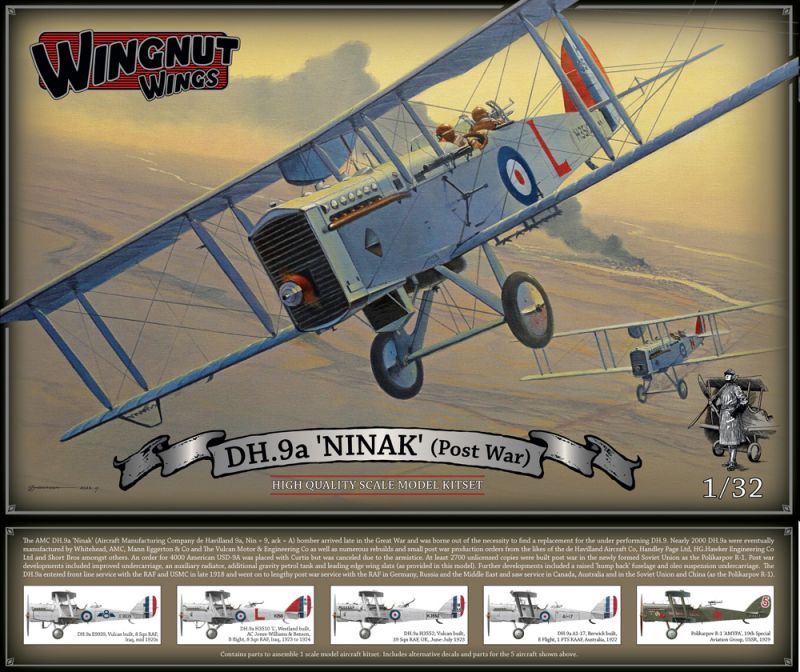 This is the long awaited follow up to our original First World War era 32007 1/32 DH.9a Ninak' bomber model that we released in December 2010. Nearly 2000 DH.9a were manufactured in the UK. An order for 4000 American USD-9A was placed with Curtis but was canceled due to the armistice. At least 2700 unlicensed copies were built post war in the newly formed Soviet Union as the Polikarpov R-1. The DH.9a entered front line service with the RAF and USMC in late 1918 and went on to lengthy post war service with the RAF in Germany, Russia and the Middle East and saw service in Canada, Australia and in the Soviet Union and China (as the Polikarpov R-1). 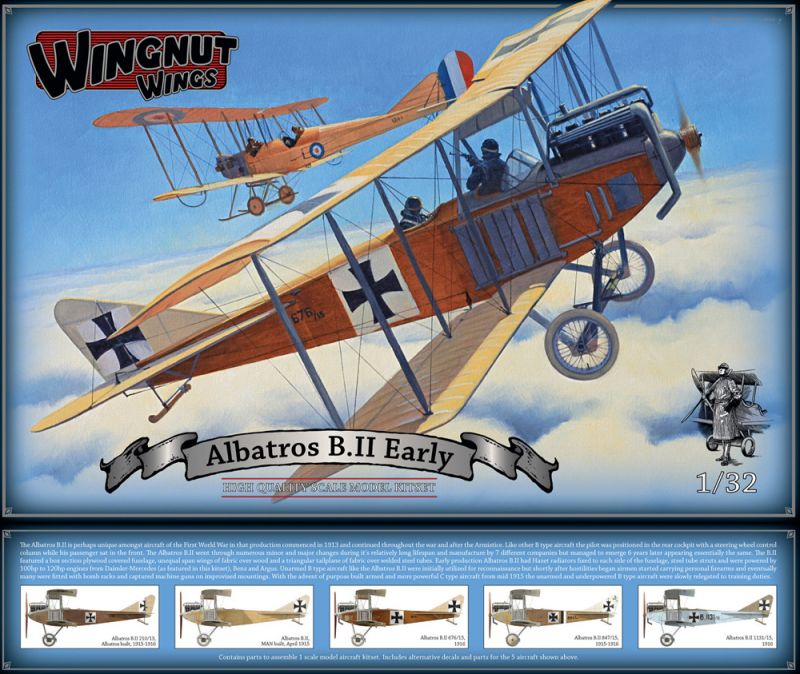 The Albatros B.II is perhaps unique amongst aircraft of the First World War in that production commenced in 1913 and continued throughout the war and after the Armistice. Unarmed 100-120hp B type aircraft like the Albatros B.II were initially utilized for reconnaissance but shortly after hostilities began, airmen started carrying small bombs and personal firearms. Eventually many aircraft were fitted with bomb racks and various captured machine guns on improvised mountings. With the advent of purpose built armed and more powerful C type aircraft from mid 1915 the unarmed and underpowered B type aircraft were slowly relegated to training duties.

Be sure to check our website hints & tips in case there are any important corrections etc to the instructions. All our models and accessories are available direct from our website with payment by credit card or PayPal and through some specialist retailers.

If you have any questions, comments or suggestions please let me know at richard@wingnutwings.com.