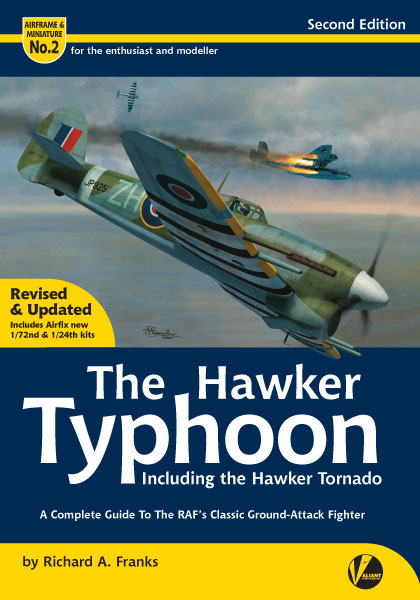 Valiant Wings Publishing’s next title in the ever-popular Airframe & Miniature series will be an updated, revised and expanded edition of The Hawker Typhoon – A Complete Guide To The RAF’s Classic Ground-Attack Fighter by Richard A. Franks.

This second book in our much acclaimed series has been out of print for over a year. With new Typhoon kits now available in 1/72nd and 1/24th scales and with a 1/24th scale ‘Car Door’ version coming from Airfix in 2016, it seemed right to make this book available once again.

In addition to the original contents it will contain:

A real bonus for the modeller will be a set of fold-out 1/48th scale plans.

The Hawker Typhoon (Second Edition) – A Complete Guide To The RAF’s Classic Ground-Attack Fighter by Richard A. Franks is also available from all good specialist bookshops and retailers. Publication is planned for late October.