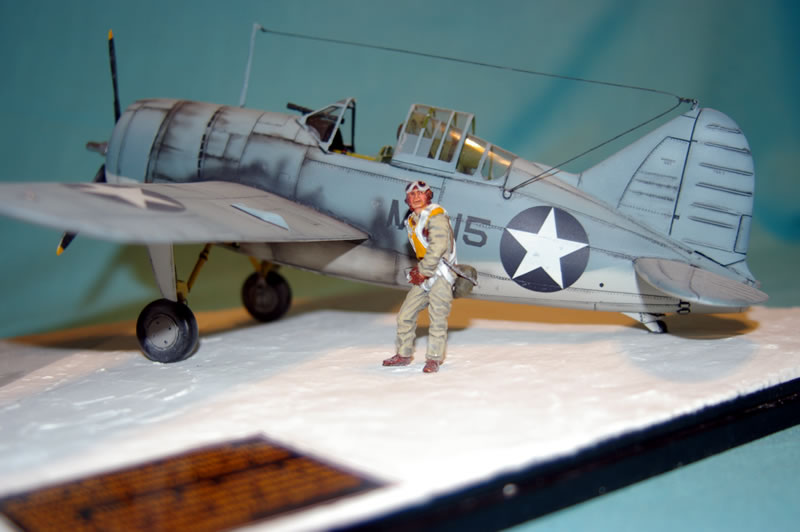 I am always looking for an opportunity to capture a moment in time with models. This diorama depicts Capt William Humberd, USMC, preparing to take off in a F2A-3 Brewster Buffalo to intercept a force of approaching Japanese war planes in the beginning battle of Midway, June 1942. The model is the 1/32 scale Czech Models F2A-3 Brewster Buffalo built OOB. The figure is a True Details (I think) metal figure. 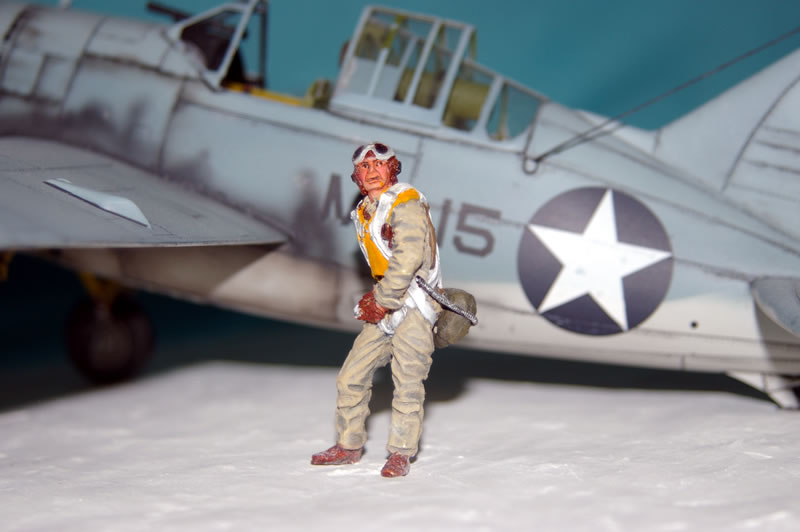 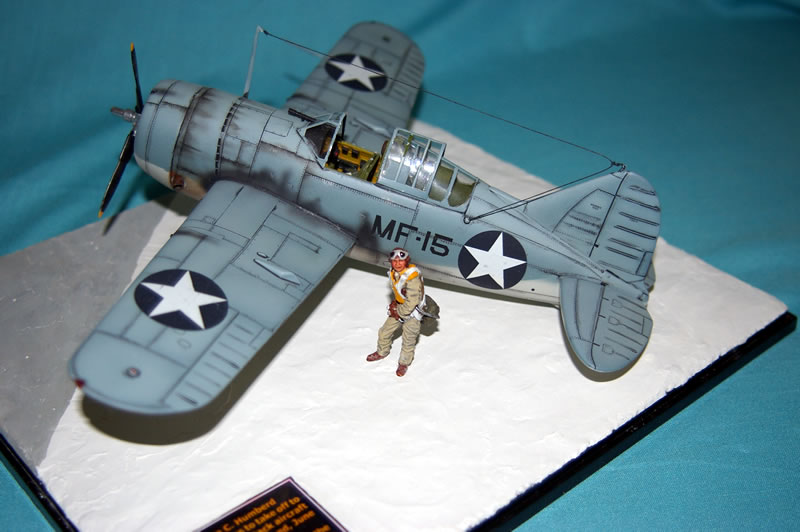 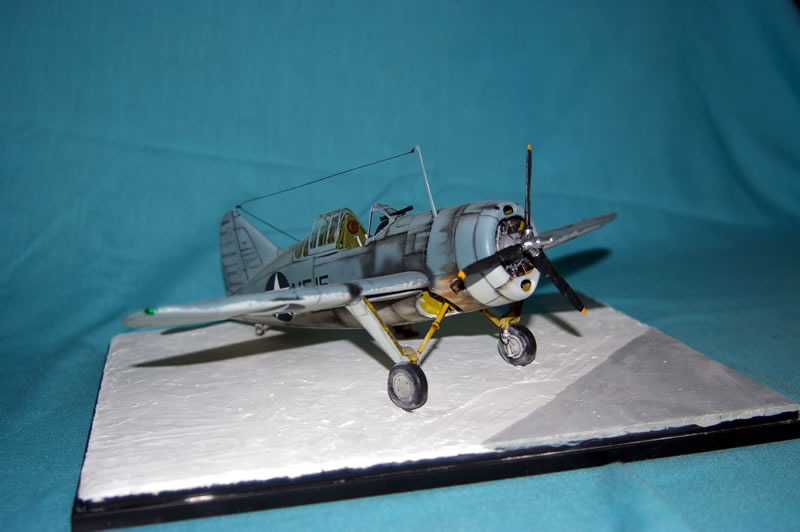