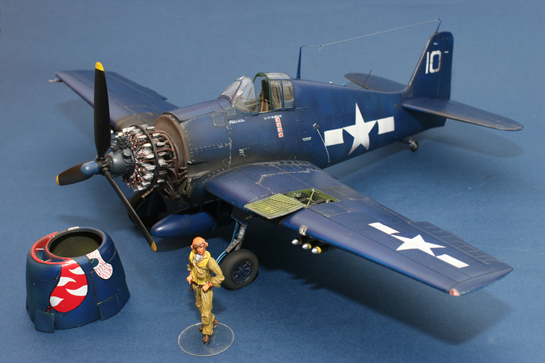 The Hasegawa Hellcat has been around for a while and has until recently been the only game in town. There is now a Trumpeter offering but reviews suggest it may not be the Hasegawa buster. I was interested in portraying the Ensign Paul Drury aircraft at the battle of Leyte Gulf. It had 4 kills and more importantly the all too cool “Tiger Cat Face” of VF-27 on the USS Princeton.

The Hasegawa kit is old but nevertheless quite accurate in outline, rivet detail and panel markings. The cockpit, gun bay and undercarriage are a little dated and need a little help. This came in the form of the Waldron placard set for the cockpit and the Eduard set. Waldron sets tend to be panned for their flat appearance but when folded and enhanced with surface detail can look incredible. The Eduard set must have been an older offering because apart from the instrument panel and a couple of bits, much else was crude and hence discarded. I understand a more updated set has been released (and it is comprehensive) alas too late for this project. The engine is the beautiful PW R2800 from Technics – in my opinion this is the most beautiful reproduction of this engine in this scale, period. References came mainly from Hellcat Walkaround form Squadron, Cockpit from Airlife and Classic World War II Cutaways from Osprey.

The main parts were dry-fitted for general fit and surface inaccuracies. 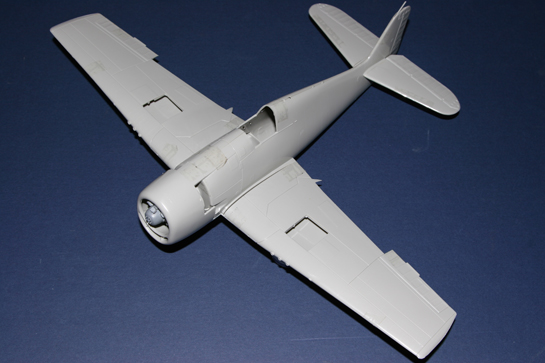 The cockpit was then constructed. Clearly the original cockpit was not acceptable by today’s standards. I made a new cockpit with a brass seat cut from K&S metal sheet. Eduard photoetched parts and brass, styrene and copper bits finished the main structure. 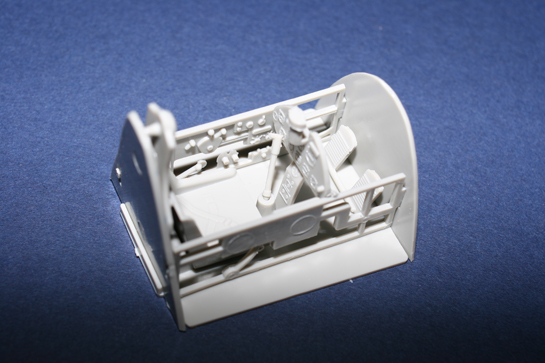 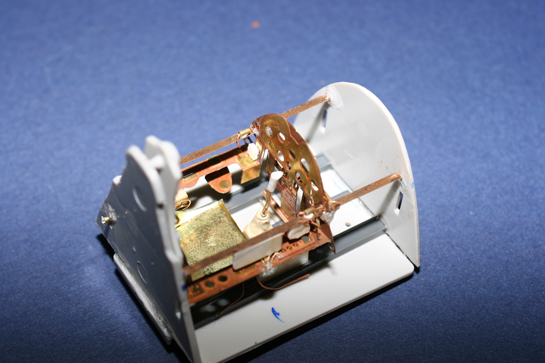 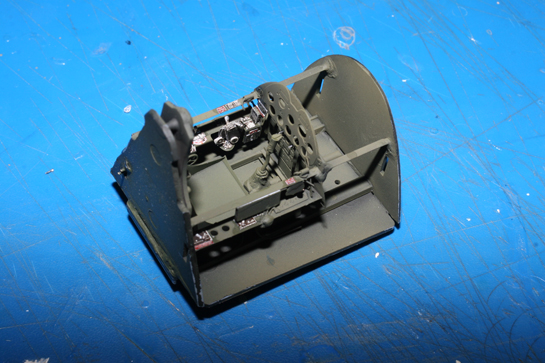 This was place in a fuselage half and detailed further. The final product was weathered with oils and silver pencil wear. 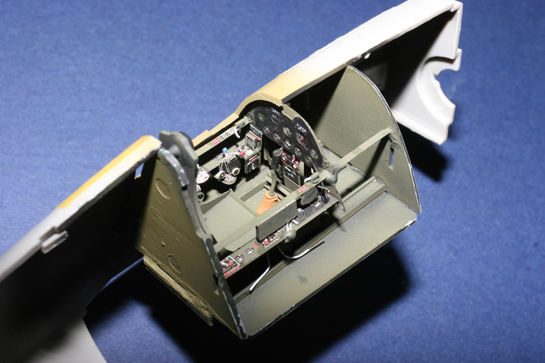 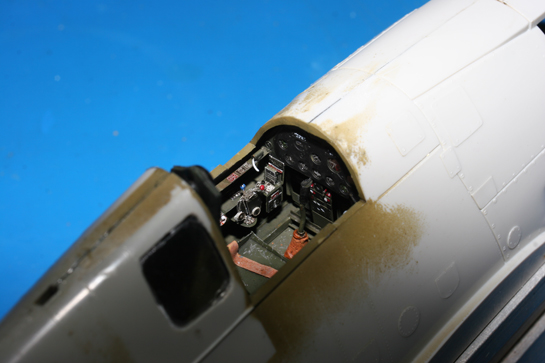 The finished product comes seriously close to the real thing. 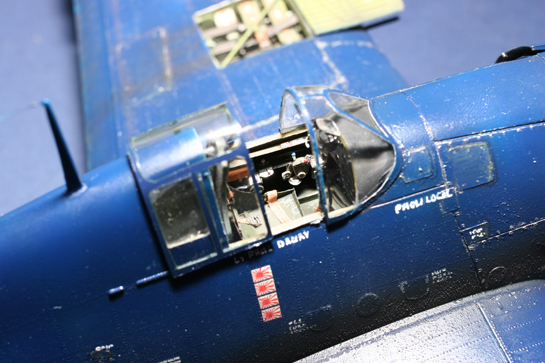 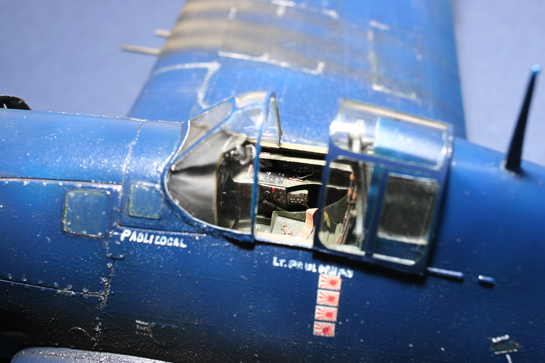 The engine was constructed and detailed with brass wire and rod. This was painted with Alclad paints in shades of silver and copper. Final detailing was done afterwards. 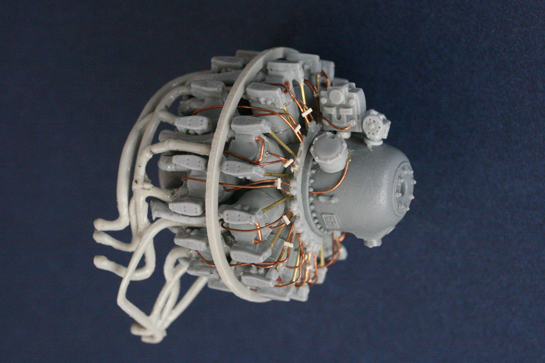 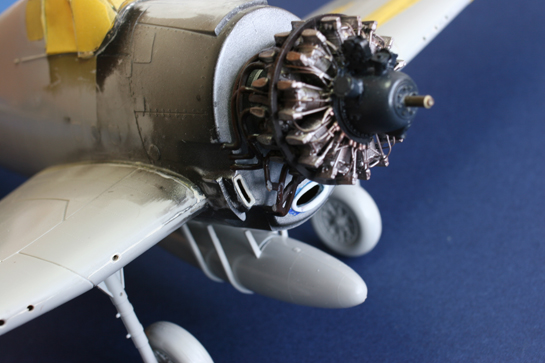 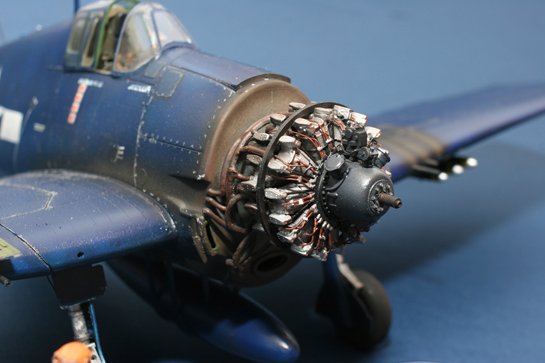 The gun bays were rebuilt with stock 1/35 Browning machine guns from the spares box. Wiring and styrene completed the effort. The metallic work was again sprayed (and heavily masked) Alclad. The access panel numerals were sprayed through a stencil. 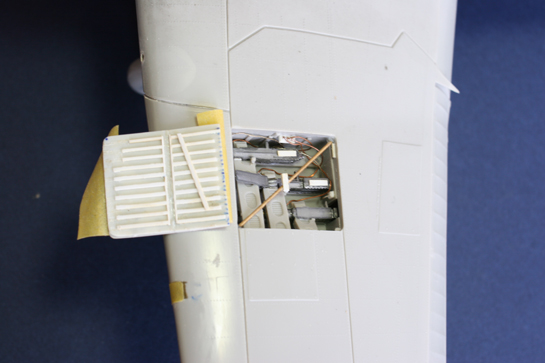 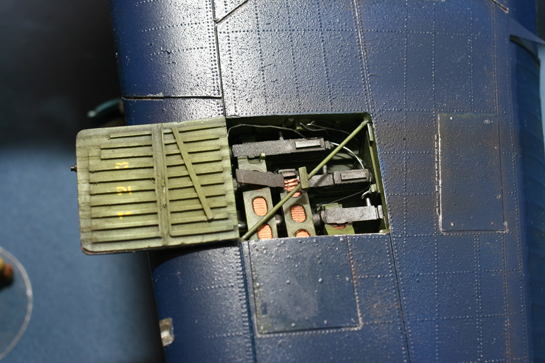 The rest of the model went together effortlessly with special attention to landing lights, wing cameras and other navigation lights. The cowling was detailed with open panels and brass actuators for the flaps. 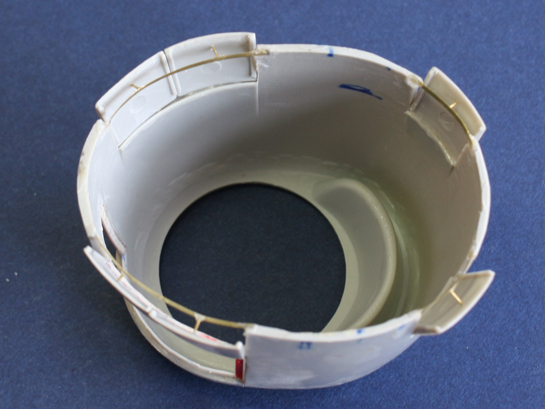 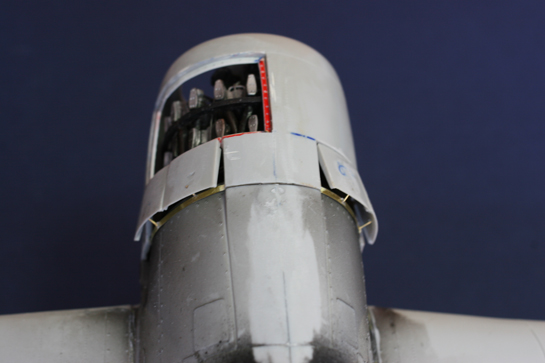 Dark monotones can be difficult to carry out realistically mainly because the color variation if minimal. Unlike many land-based Pacific war aircraft that showed severe weathering and fading under normal use, carrier based midnight blue Hellcats were glossy, well maintained and minimally weathered. This was a challenge and probably the most fun part of this project for me. In addition, all markings (including the stencils and yes, especially the tiger cat face) were handpainted. Only the kills marks were decals from the kit (the rest of the kit decals broke up under water anyway).

I began with a standard grey primer. I then pre-shaded with dark brown. I sprayed with white all emblems and the tiger cat face. This was followed with repeated masks of frisket film to finally shape out all the emblems. The model was re-shaded and sprayed with gloss royal blue. Future coats were applied and weathering commenced. Exhaust and gun soot was airbrushed. A filter was applied to all access hatches using oil paints and a silver pencil used for bare metal. The final model was coated in Satin varnish. 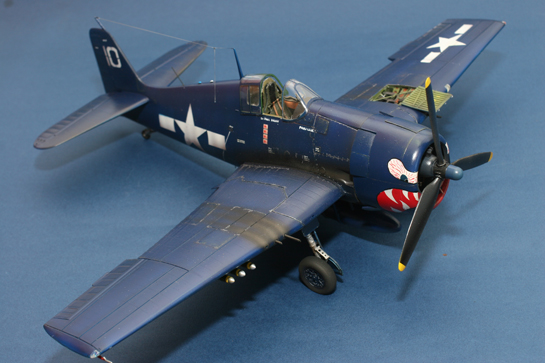 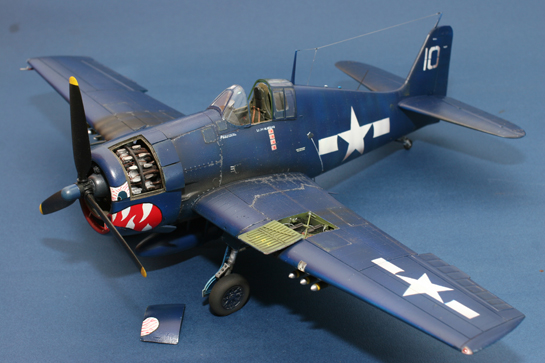 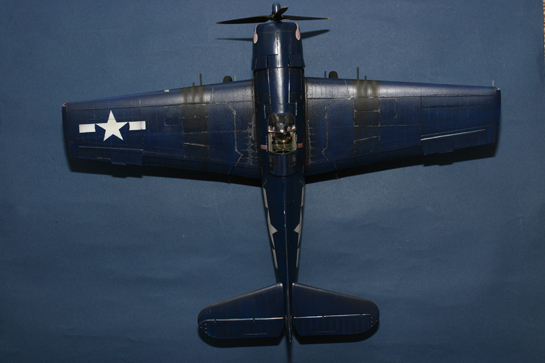 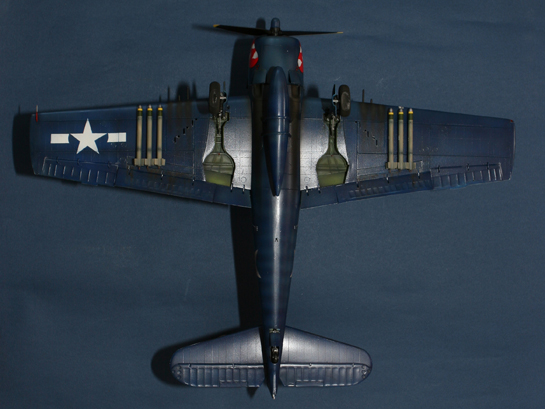 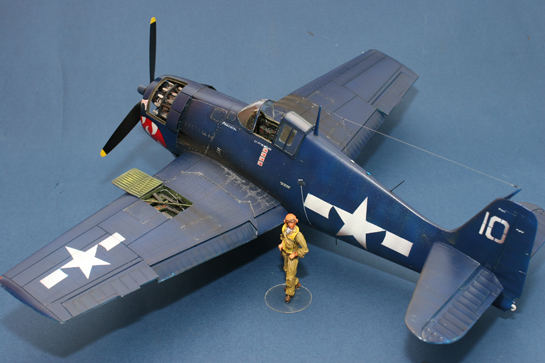 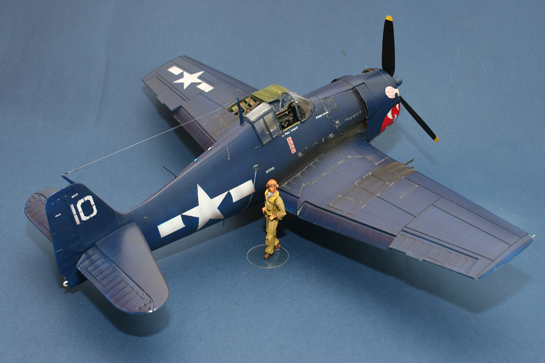 The Valiant figure struck a decent pose but had a poorly sculpted face. I did the best I could at making this Marine look good.

I’m very pleased with the final result. The model looks great in the Pacific war section of my display cabinet. 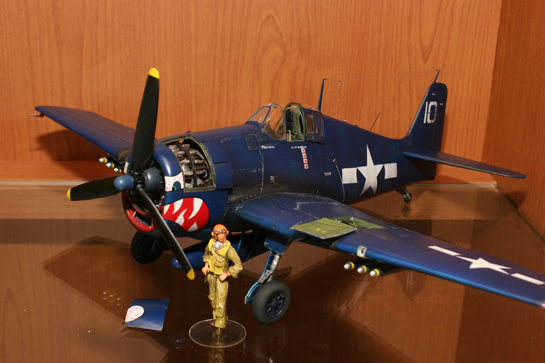