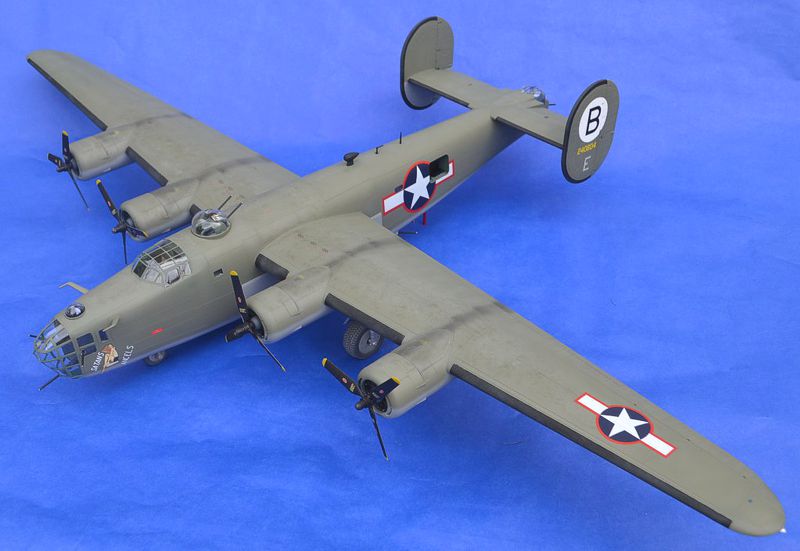 Consolidated B-24D Liberator, 'Satan's Angles' of the 328th Squadron of the 93rd Bomb Group, based at Hardwick, Suffolk, Autumn 1943. 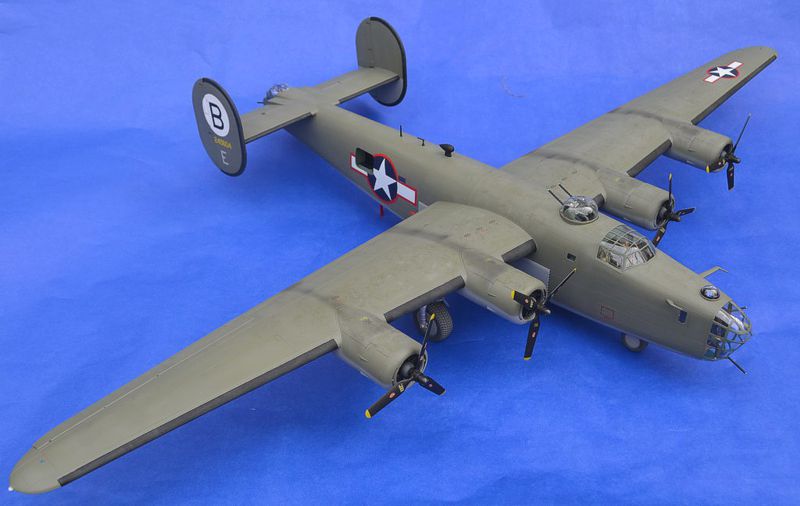 I've put the finishing touches to this 1/32nd scale B-24 over the Bank Holiday weekend and took advantage of some spring sunshine to take some pictures of the completed model outside in natural light. I've been working on this on and off for a year or so, and it has been the ideal project to pick up and do a bit to as and when I felt like it. 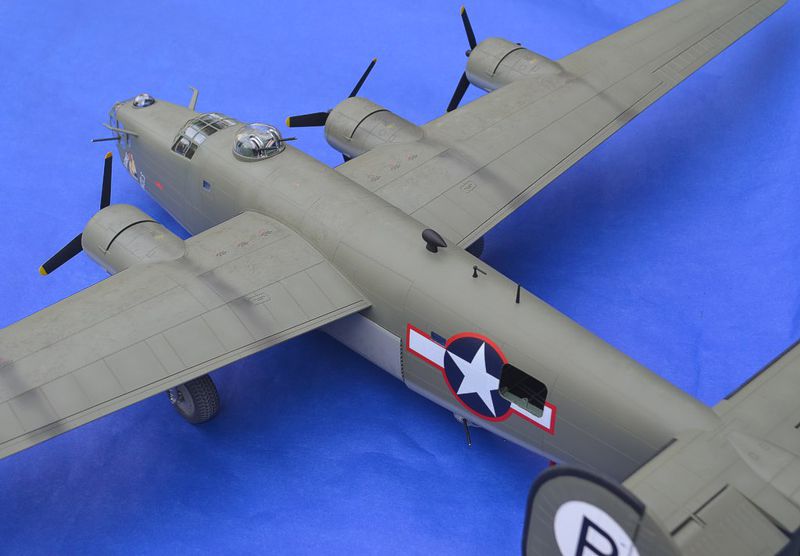 This model doesn't get the best press, but I must say I thoroughly enjoyed every minute of it. You can spend a fortune on after-market improvements if you wish, but other than some seat belts, resin wheels and gun barrels, this is how it comes in the box. The interior is crammed with detail and took a long time to complete - excellent value for your money when you compare it to the price of the other 1/32nd 'heavies' on the market. Fit was excellent throughout and the only filler used was to deal with a small gap along the underside of the nose where, I believe, I hadn't got the interior aligned as perfectly as I could. 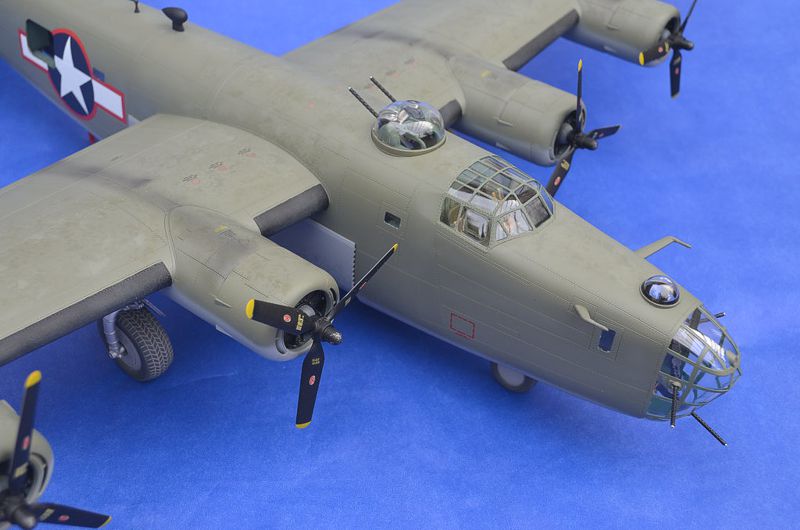 The turrets, however, are a weak point of the kit. It's been well documented that the rear turret (and forward turret on the J-version) have a very visible seam right down the middle. Aftermarket replacements are currently sold out so instead I used the kit rear turret and painted the mating surfaces black before gluing and this has made the unsightly join a little less conspicuous. For some reason Hobby Boss put heavy framing on the upper turret which doesn't exist on any B-24 turret I've seen, so this was sanded off and the dome given a good polish so it now better represents the Martin turret fitted to this model of Liberator. 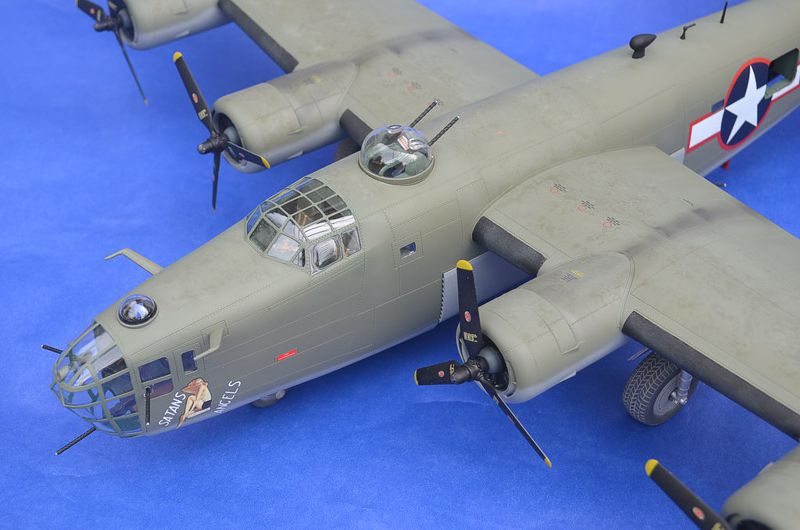 I didn't want to risk putting the colossal amount of nose weight into this as I was using the kit's plastic landing gear (which is perfectly strong enough to cope with the weight of the 'un-weighted' model) so I made a tail strut as was so often put in place when B-24s are parked on the ground. 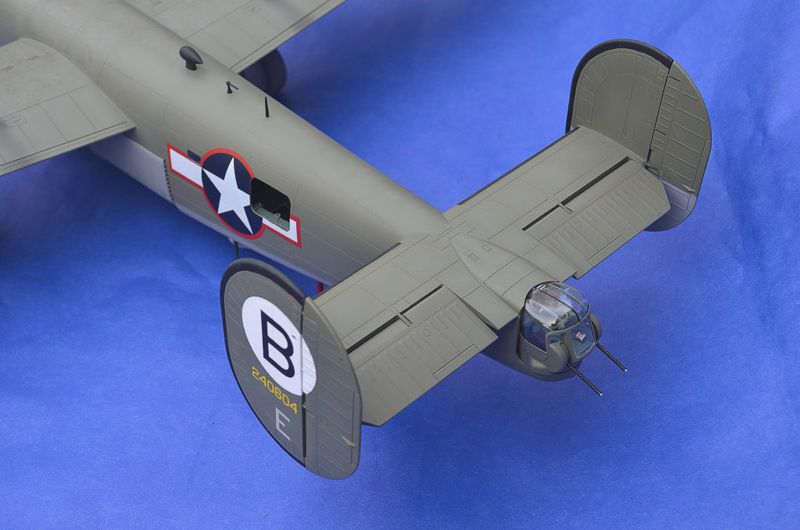 The kit doesn't come with the most inspiring of schemes for an olive drab B-24, so I did a bit of research on 'Satan's Angels' and painted the model to represent this aircraft as it would have looked in the autumn of 1943 with the group insignia on the tail and the short-lived red surround to the stars and bars. This aircraft was actually written off in a landing accident at Lympne in Kent, when the nose wheel collapsed and it ended up in a ditch on 13th November of that year. I used Kits World national insignia as well as the Profimodeller stencil set. 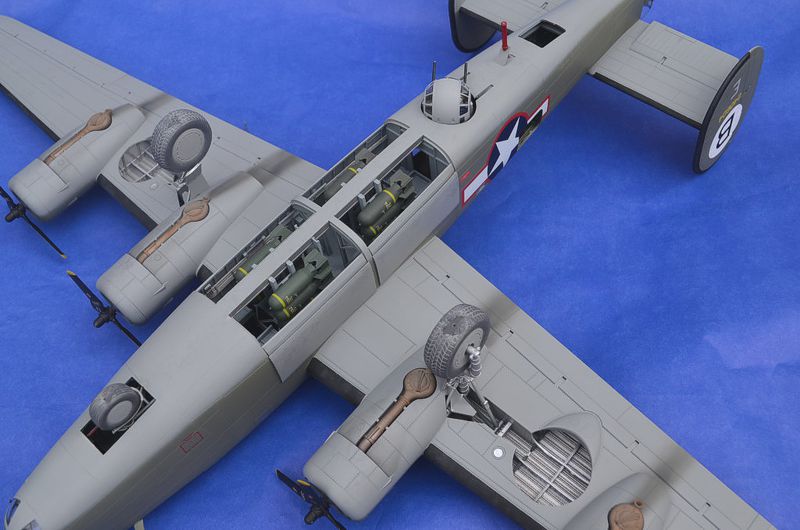 All in all, a very enjoyable build, and if you want a large 1/32nd bomber that doesn't break the bank but still gives you plenty of detail, I thoroughly recommend this kit. 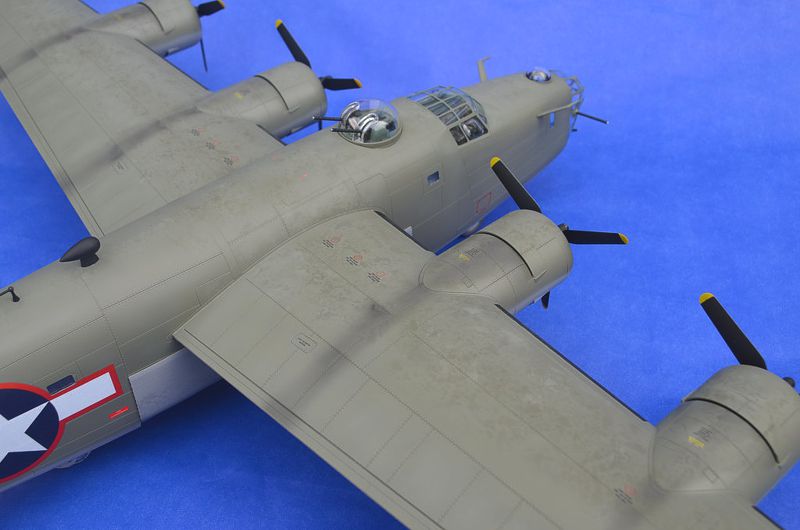