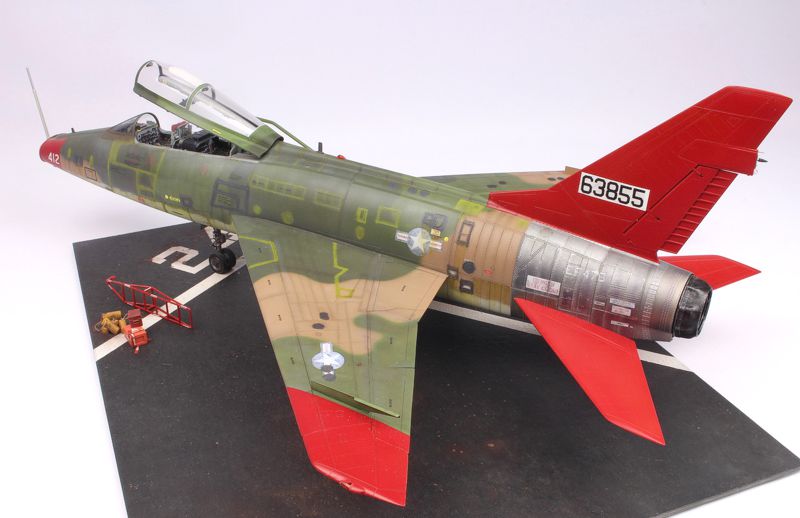 I bought this kit with the intention to make a Misty FAC operational in Vietnam, but when doing my research, I stumbled over some photos of Super Sabre drones and I was hooked on this version. These planes were in storage for many years in the Arizona desert (AMARG) after been mothballed, resulting in interesting weathering and bleaching. I decided to make a F-100F drone with open canopy and with the back seat removed. 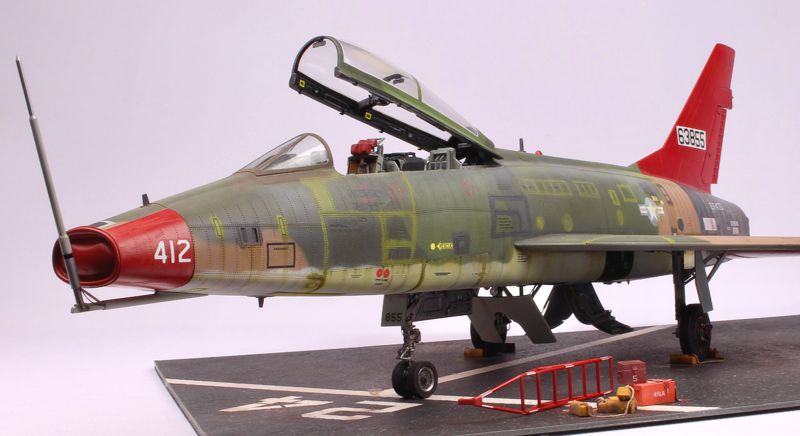 This kit is of standard Trumpeter quality and shows some big mistakes and short comings: 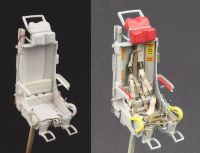 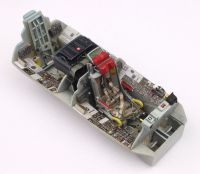 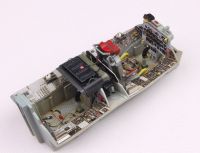 I built the front seat from scratch and added some plumbing and wiring in the cockpit. The safety belts were made from lead and the buckles came from my spares. The instrument and side panels in the cockpit came from Eduard and fit perfectly. The wells for the landing gear and the airbrake were detailed and a new exhaust from Master Details was installed. A replacement intake with FOD cover from Zactomodels was installed as well. After checking photographs, some supplementary antennas were added. 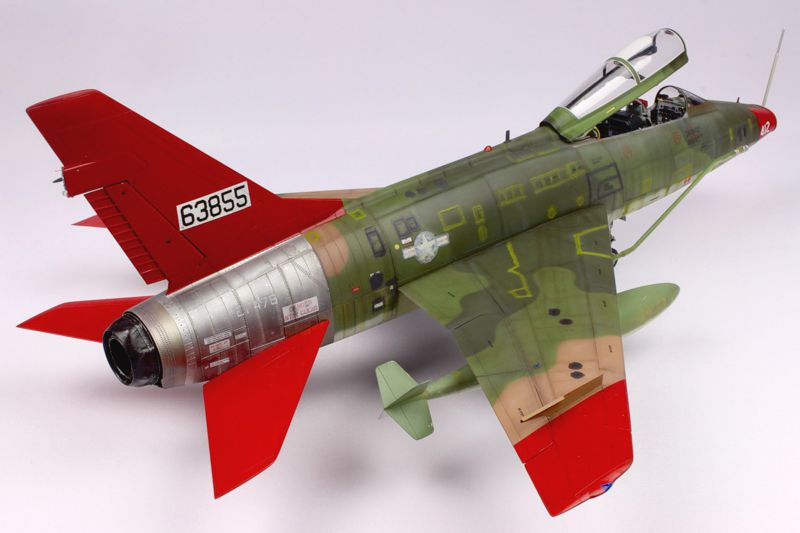 Unfortunately, Trumpeter included a cracked canopy in the box. I asked them very politely to send me a replacement canopy, but I never received an answer . . . 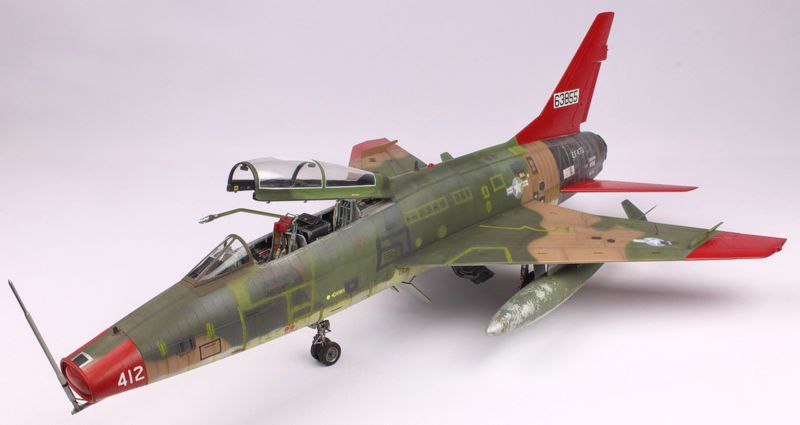 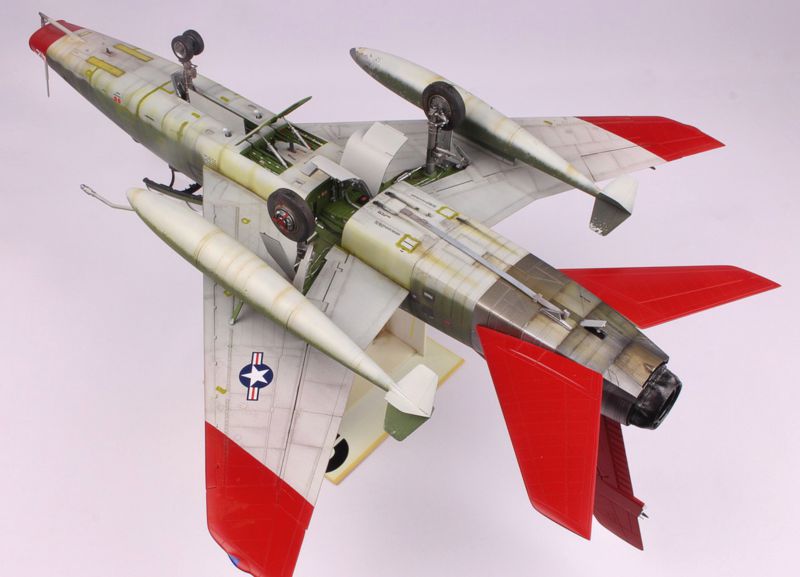 The decals came from the kit and from my spare decals. 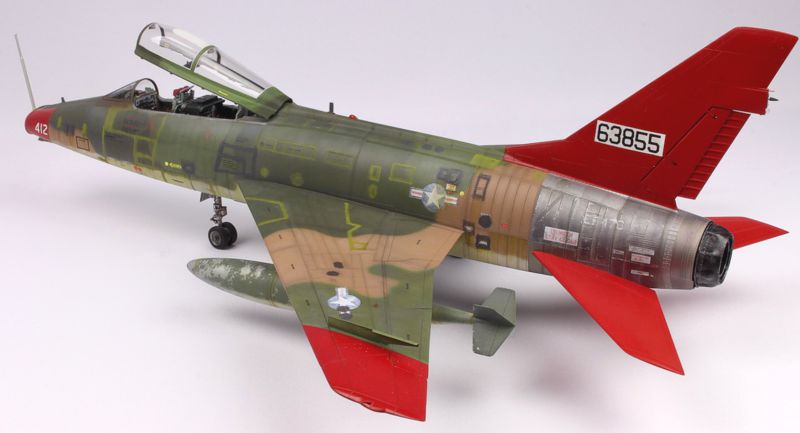 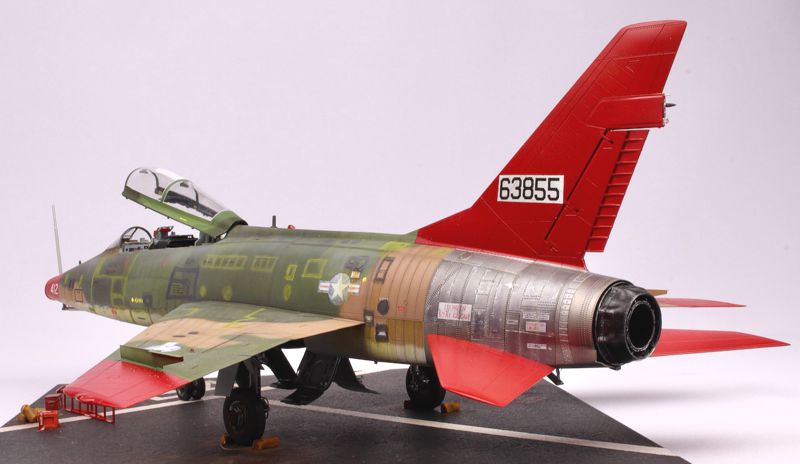 No washes were applied, but I weathered with oil paints, pastels and pencils. 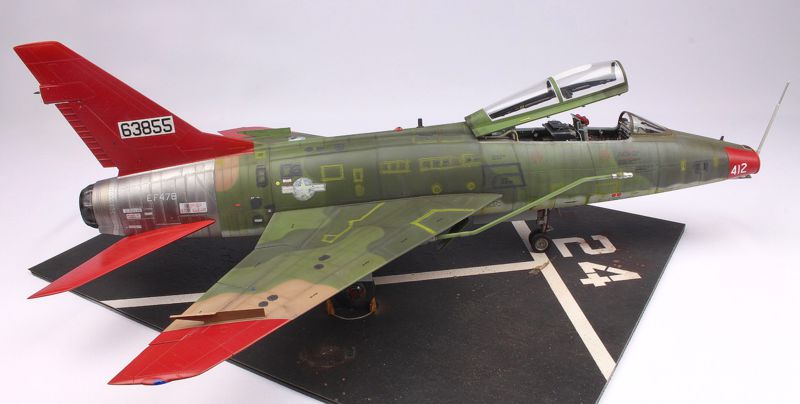 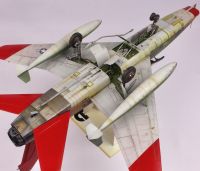 For questions or remarks, go to: https://lucjanssen32nd.com.