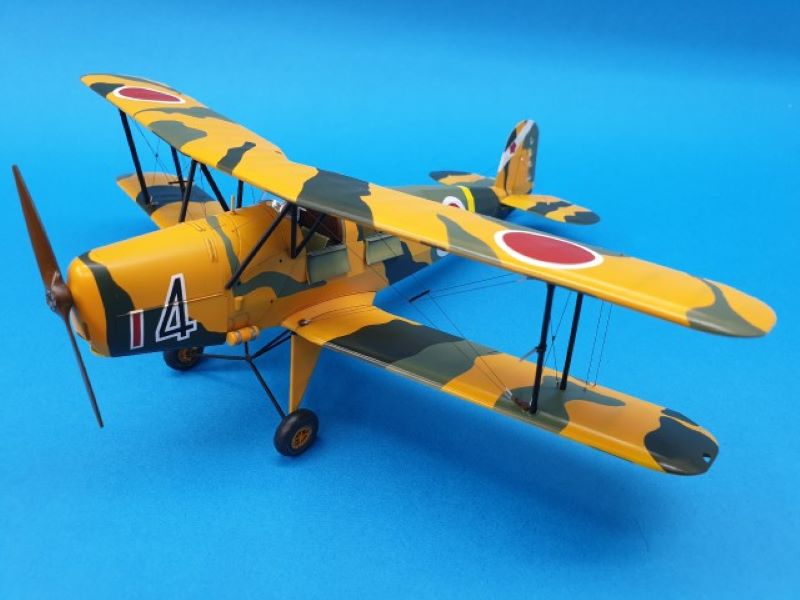 This is the Japanese version if the Bucker 131 built under licence by the Japanese army. I just fell in love with this colour scheme it is so bright and cheerful.

It would be my 1st attempt at a bi-plane as well. At the time of construction there were only a few aftermarket options leaving it quite free to just build the kit, having said that Quickboost resin string benders do make quite a difference to the overall look once finished.

Having just switched over to lacquer paint it was not initially going well with yellow being notoriously hard colour to spray nicely it was time to revert to trusted Tamiya acrylics making up my own mix borrowed from sources on the internet, being determined to carry on with Gunze lacquers the yellow was left to dry for a couple of days and then coated with Tamiya LP 9 gloss (lovely gloss by the way).

It was time for masking so much masking ensued that a whole roll of Tamiya tape had been exhausted, the end result justified the expenditure.

Once the painting was completed the real fun began with prepping the the rigging this was after a lesson from my two mates Garry and Bob, who both predominantly do excellent WW1 kits, I felt emboldened to strike forward with my top wing preparation.

Cabane struts glued in placed with white glue the top wing could be mated to the struts and rigging could commence with a loop and glue technique which pulls the top wing and lower together ensuring a good bond and sturdy finish.

By the time it came to fit the wheels, Aires had been kind enough to put out several sets of wheels, the smooth tread and open hub being just the ticket for this project. 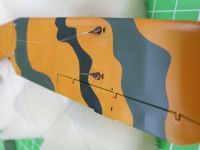 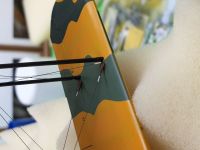 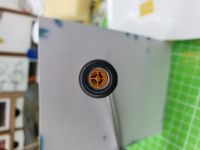 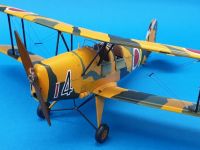 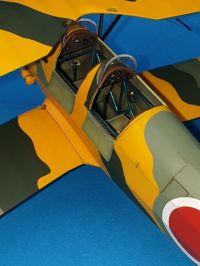 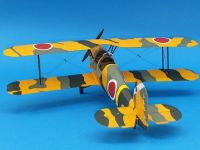 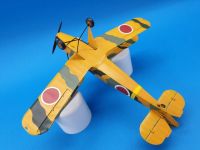 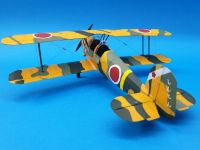