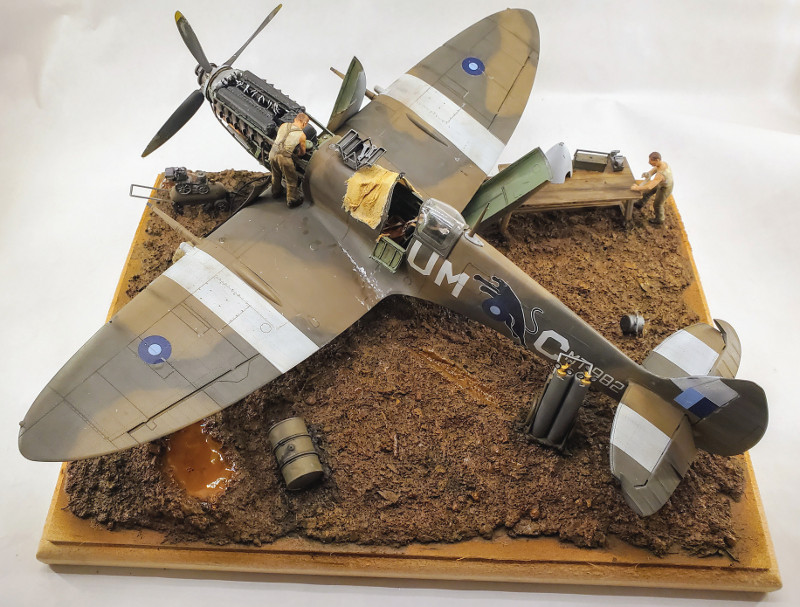 Here is my Tamiya 1/32 Spitfire MkVIII. It represents a plane from RAF 152 Squadron, based in Tamu Field, Burma, in the 1944-45 monsoon season. RAF 152 were real globe-trotters, beginning their service in the southwest of England during the Battle of Britain. From here, they moved on to support Operation Torch, serving as close air support, defensive fighters, bomber escort, and finally as fighter bombers from Algeria, Malta, and Sicily. In late 1943 they were moved to north-east India, and in 1944 provided close air support flying as fighter bombers as part of the Third Tactical Air Force during the Battles of Imphal and Kohima. These battles saw the British and Commonwealth troops repel a Japanese offensive into India in late 1944. 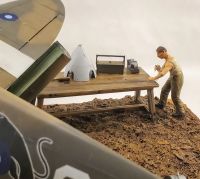 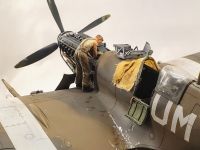 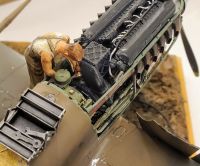 This diorama represents Tamu, one of the forward airfields that 152 Squadron operated from during this campaign. This was a very raw and muddy airfield - poor conditions to say the least! Although the CBI was a relatively minor theater, there were a lot of environmental challenges faced by the air and ground crew posted there. I wanted in this diorama to pay homage to the unheralded ground crew who worked in appalling conditions of heat, rain, mud, bugs, and snakes to keep their planes in the air. 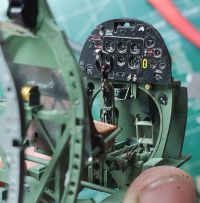 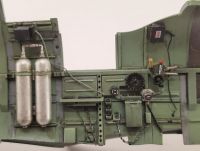 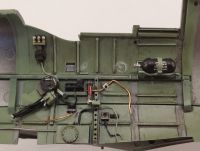 The kit was built mostly out-of-box, with a few Barracuda resin additions for the cockpit, a Yahu instrument panel (these are really impressive, by the way - almost feels like cheating!), and an Eagle decal set, which very well represents the squadron’s famous leaping panther mascot. 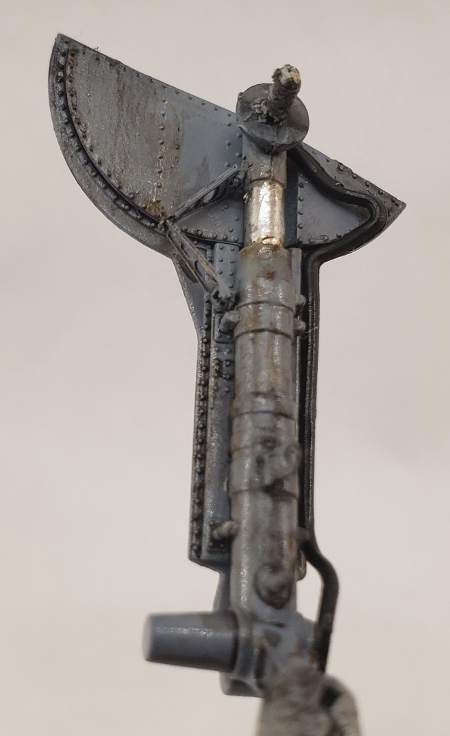 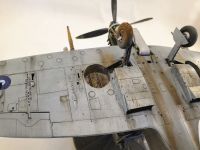 The figures are 1/35 and come from the Tamiya tank maintenance crew set (which is a reboxing of an old Italeri kit, I learned later), as well as a MasterBox German motorcycle repair set. Arms, legs, and heads were swapped between the kits to produce the poses I wanted. 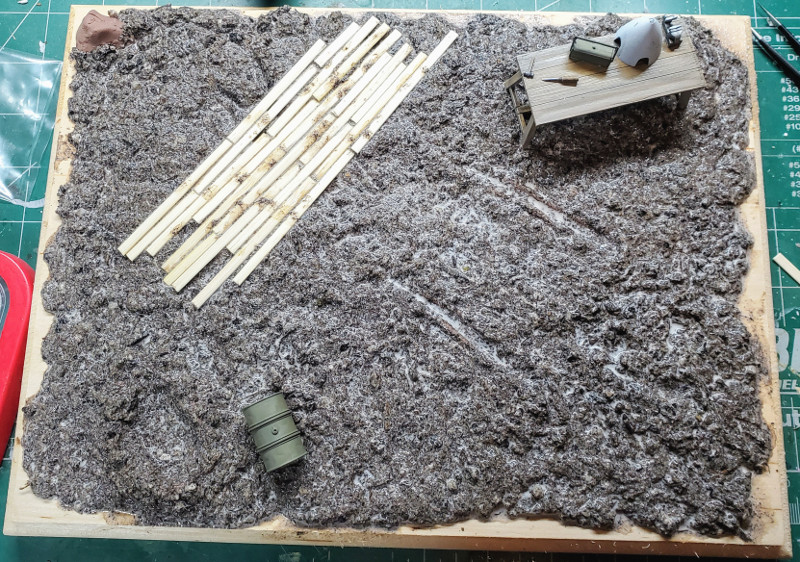 The base was made with real mud and sand from my back yard, mixed with white glue and water, then spread onto a wooden plaque from Michael’s. Groundwork was painted in shades of brown, covered in gloss, and a little bit of epoxy resin for standing water. Boards were made from bamboo coffee stirrers.

A more detailed look can be seen in the Work in Progress thread.