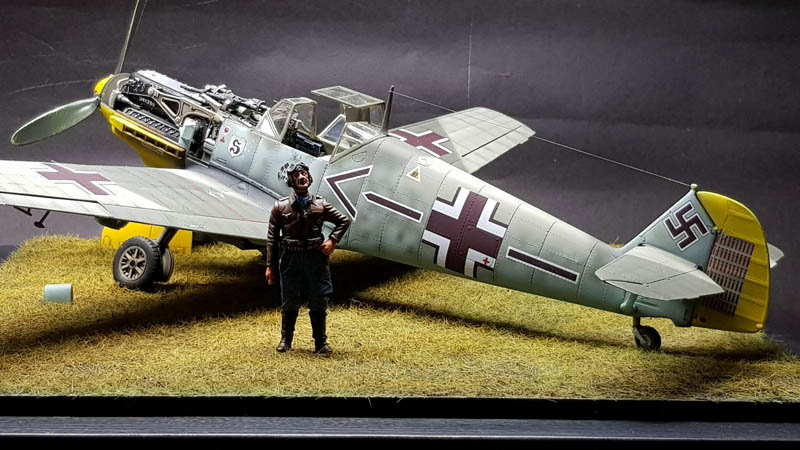 This is my Bf 109E (AIRFIX) in Adolph Galland markings, in 1/24 scale, as promised after i finished the Airfix Hurricane a few months back.

The markings were custom made by KITS WORLD DECALS and were of high quality, though you have to remove the baking film that runs the entire decal sheet.

I find Galland's chevrons are very striking and show the camouflage and lines of the 109 to good advantage.

The model was built OOB with very few additions: I removed the armored glass from the windscreen by sanding and polishing it with Tamiya polishing compound pastes.

A hole was drilled in order to place the monocular (stretched sprue) that Galland used to observe enemy planes from a distance. Seatbelts are HGW and I used AIRSCALE Luftwaffe instruments from the control panel, placed one by one. A drop of Gloss varnish secured them, also resembling the glass. The Airfix kit is notoriously devoid of any wheel wells so these were added with plastic card and some detail added.

The engine was supplemented with a few wires but all it took was a careful paint job to come to this result.

Masks for both the inside and the outside of the canopy were cut from white paper tape.

Despite the famous owner of this aircraft, I run into a lot of contradictory info on the camouflage of Galland's aircraft. In the end I went with Dark Green 71 / Grey-green 02/ Light blue 65 from the Gunze Sangyo Mr. Color acrylics. I started with preshading (which was a waste of time) and I did a lot of post shading with lighter versions of the basic colors, after I washed them with a Black-Burnt Umber oil wash. The subsequent varnishes muted down A LOT the post shading effects.

The landing gear was very tricky to position it correctly and I used Winsor & Newton varnishes, from the spray can, to gloss the model for the decals and lastly to flatten it. Ok, maybe it came out too flat! The model rests in a stylish wooden base by Model Display Bases, Greece, 45x45, and the pilot figure came from Verlinden. A moustache a cigar and a flamboyant scarf made him A. Galland. 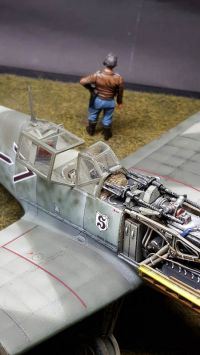 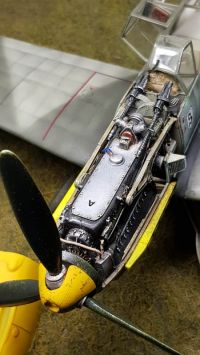 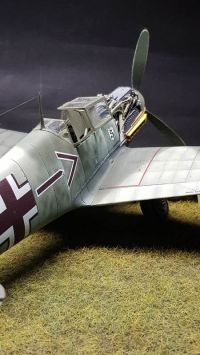 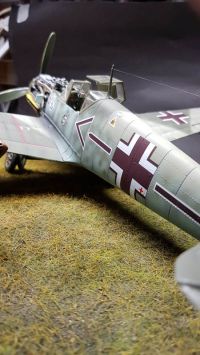 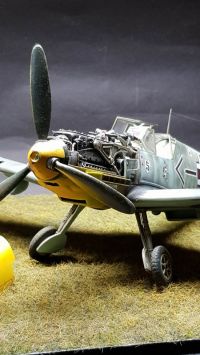 Next up is the Airfix P-51 Mustang, also with custom decals and some resin aftermarket additions. Stay tuned!