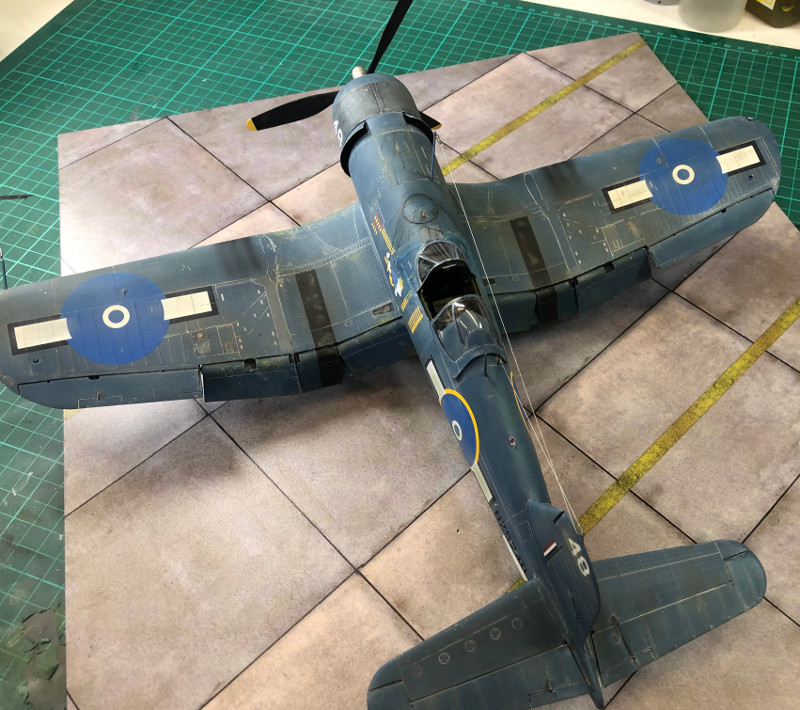 Whistling Death. It just sounds badass, doesn’t it? The Corsair, as the F4U built by Vought, or its identical twin the FG-1 (made by Goodyear), is one of the most iconic fighters of World War II. It could out-climb, out-run, and out-fight any propeller-driven aircraft it faced on the opposing side. Known for its distinctive design and huge propeller, the aircraft was also known for the peculiar sound it made at a higher airspeed.

In order to keep the Corsair as aerodynamically clean as possible, designers made sure there was nothing protruding into the surrounding air to produce additional drag. In addition to the innovative “bent-wing” design, the intake for the aircraft’s turbo-supercharger, intercooler, and oil cooler were located in slots in the inboard leading edges of the wings. Air running through those slots at high speeds gave the aircraft a very distinctive sound, and the Japanese tagged the fighter with the moniker, “Whistling Death.”

The facts and figures surrounding the Corsair’s service at war’s end were staggering. Corsairs flew more than 64,000 sorties between the U.S. Navy and U.S. Marine Corps. They accounted for over 2,100 victories in air combat with only 189 losses, producing an overall kill ratio of more than 11:1. It did especially well against the Mitsubishi A6M Zero, with a kill ratio of 12:1 versus that type. The Corsair also dropped 15,621 tons of bombs during the war, a figure approximate to 70% of the total number of bombs dropped by U.S. fighters during the entire war, regardless of theater.

This is an OTB build, and to be honest, you do not need any aftermarket bits on this, apart from the decals I used. For this build I used Mission Model paints, and I found them rather good.

For weathering on the GSB areas, I used faded white oil paint. It gets into the panel lines and rivets; try it on a gloss-varnished bit as a test.

This build is a dream as the fit is perfect in every way. ENJOY. 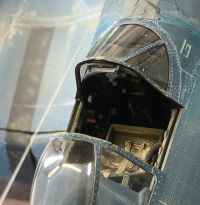 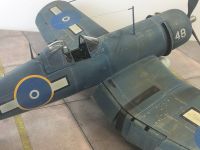 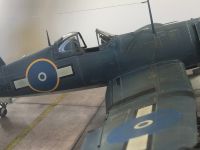 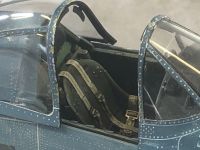 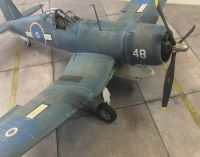 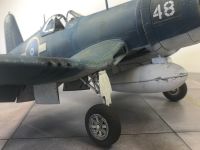 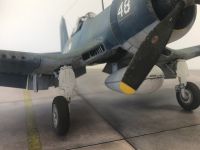 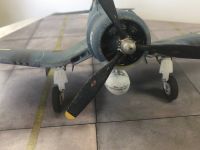 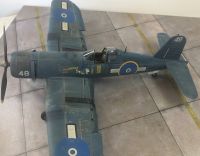 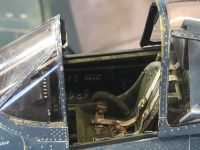 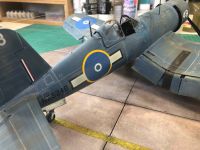 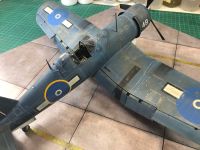 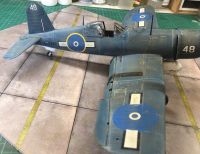 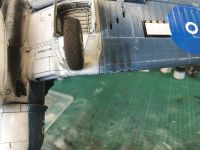