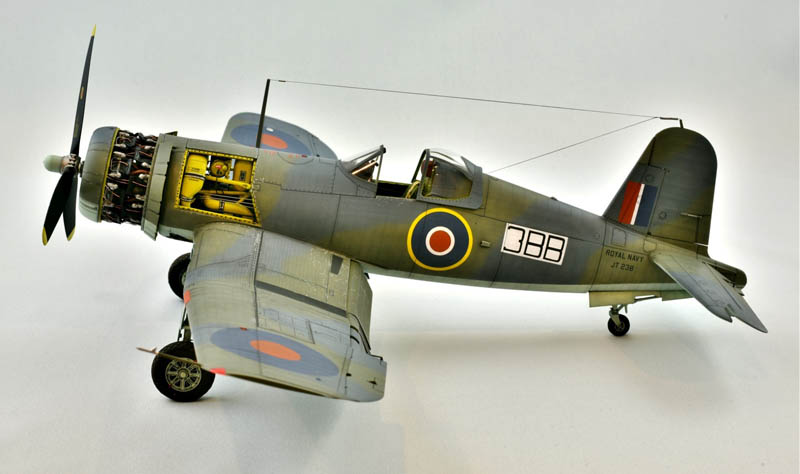 Twenty-three months ago I set out to build a FAA Corsair from a stock Tamiya kit. Shortly after reviewing my references I realized that it wasn't going to be as easy a task as I thought. After countless hours of research and planning I was ready to go with tons of resin and AM stuff. The subject is a Corsair MK.II from the Royal Navy; I decided to build this airplane because it's a little different than the standard Corsair coloring. I attempted to add, and correct as many things as I could, but surely someone will find something obvious that could be missing. I used the amazing "Time Capsule Fighter 433" book as reference. I built this airplane for my wife, as it's her favorite airplane (and because she'd support the hundreds of hours of work).

I hope you folks can enjoy this as much as I did. All photos were taken by my good friend Chuck Sawyer (chuck540z3), thanks buddy!