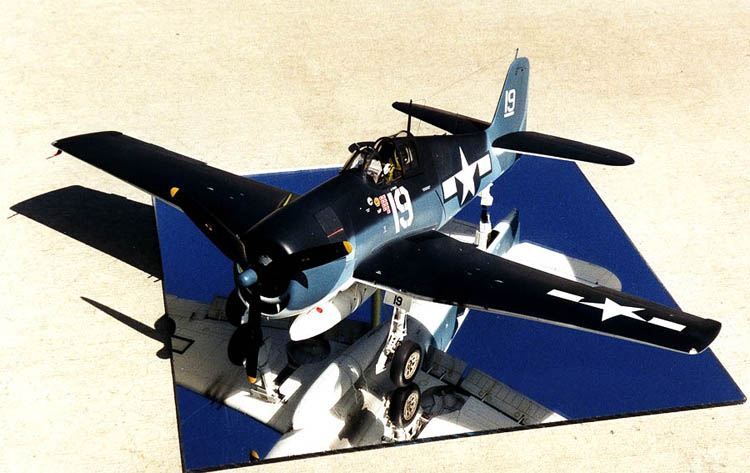 This is the second model that I built for the same client as he liked the P-51 Mustang fighter that I posted to LSP long ago. My records show that I started working on the model in 1998 and finished it during the year 2000.

I received two kits from him, including some 32nd scale drawings of the cockpit and wheel wells, which was a reduction of the original factory drawings by Grumman. I returned said drawings when I was finished with his model and I was not permitted to copy any of them.

The model represented an F6F-3, flown by Lt.(jg) Alex Vracia from the USS Intrepid. Alex was the 4th highest Naval ace with 19 Japanese planes shot down by 02-19-44.

My first few photos show how I designed the logos that were put on the real fighter. I was born with a natural art talent and could draw anything, just by looking at the original. 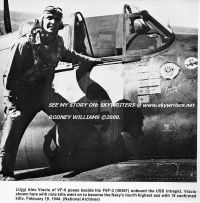 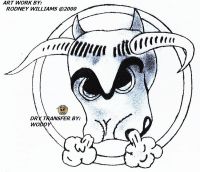 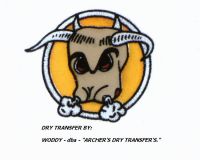 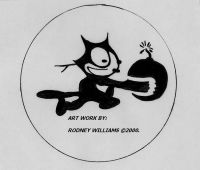 Please study the cockpit and wheel well photos as they are built per the Grumman drawings, including the new tail wheel and its housing. 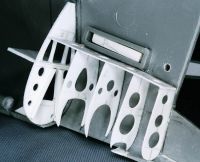 I used some of Waldron’s placards and instrument dials. The instrument panel was painted a bronze color and the rest of the cockpit was painted with Tamiya’s XF-4, including some other colors. 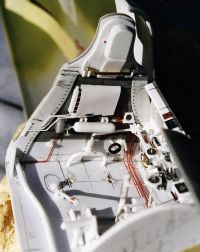 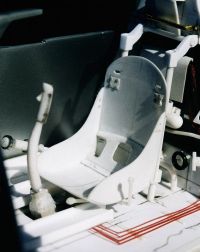 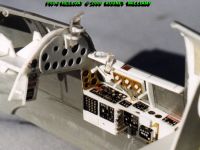 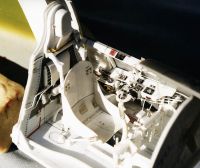 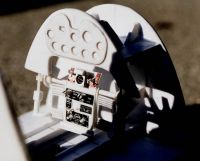 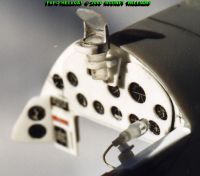 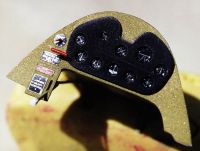 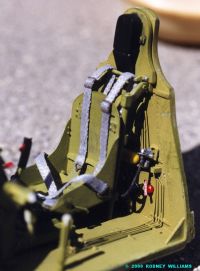 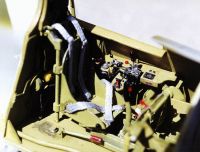 I added some wires to the kit engine and revised the landing gear struts and made new torque links/gear doors etc. 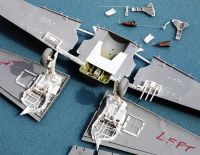 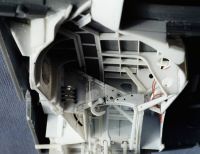 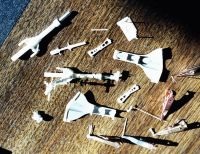 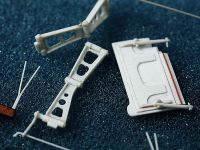 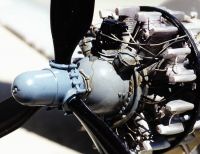 The exterior of the model was painted the tri-color and the insignias were painted on. I over-sprayed the model with Future Floor Wax then added the decals, then used more Future and some dull coat my Microscale.

I use to keep a work record on my models and I spent slightly over 1,500 hours building this model. There were about 200 parts that I scratch-built for the cockpit and maybe 75 to 100 on the wheel wells. 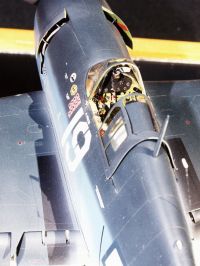 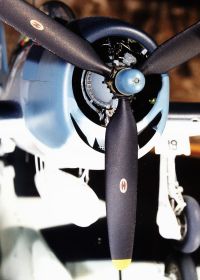 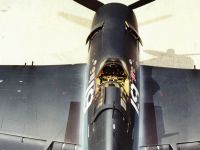 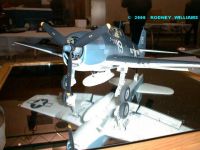 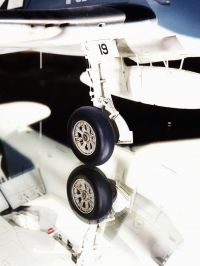 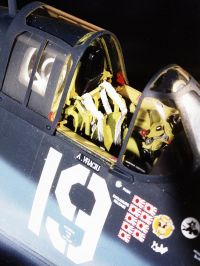 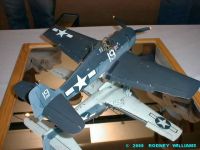 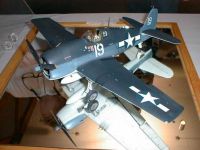 The client lived back East and I lived in San Jose, CA so he sent a friend out to pick up the model which was well packed for the 2,500 mile trip.