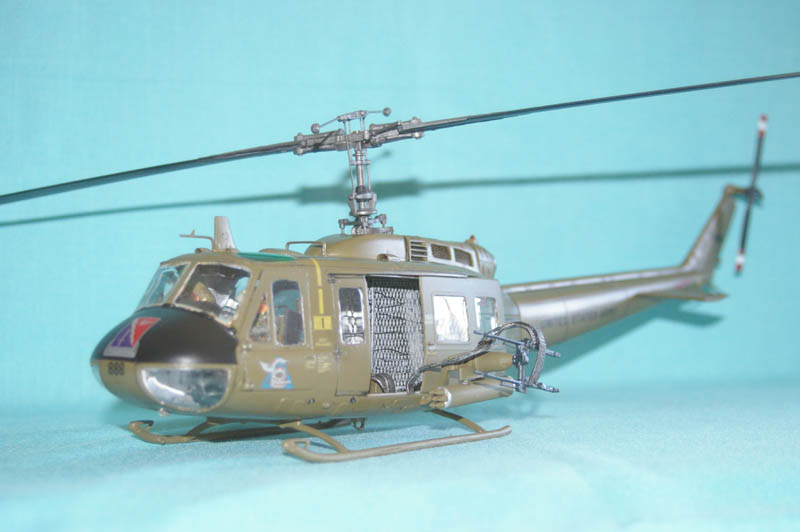 The kit suffered from fit issues typical of Revell models of this kit's vintage. I used two Master Details Viet Nam Pilot figures for the pilot and co-pilot and modified them to fit. I added some interior bulkheads and armor protection plates for the flight crews seats. I replaced the support struts for the main rotor blade mast for support. The four exterior machine guns received small metal tubes for barrels. The flexible ammunition feed belts were OOB and quite difficult to mount to the model as they were not well engineered and looked nothing like the real feed belts. The model was painted with MM enamels and kit decals were used.