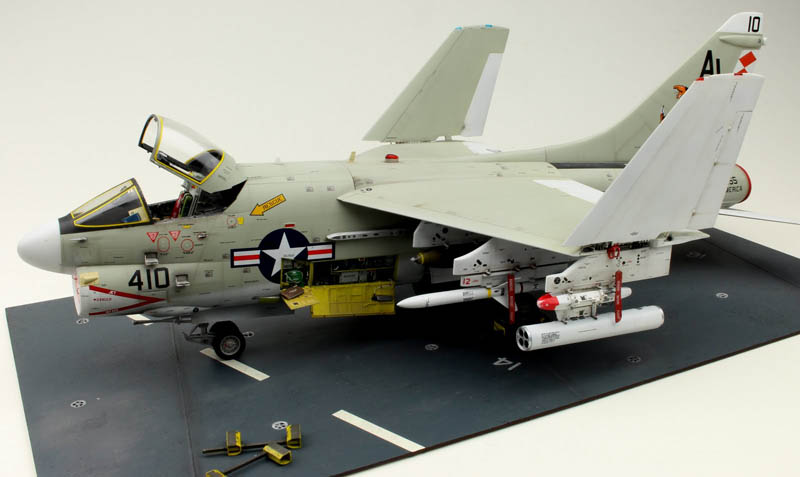 With this model I wanted to build an early A–7E as operational during the final months of the South East Asia conflict. The Trumpeter kit represents a late style A–7E, so I had to make the necessary adjustments. Early A-7Es did not have the W-formed strips on the vertical stabilizer or the long built-on fairings on both sides of the fuselage.

The model was built using after-market kits for the cockpit, the electronic bays, the wheel bays and the intake. Supplementary detail was given to the mechanism of the wing folds, the boarding steps and the navigation lights. The intake and exhaust covers were scratch built.

Painting was done following the Navy paint scheme of the period. 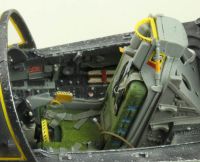 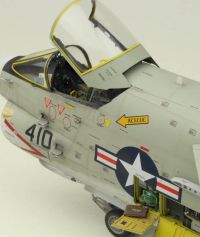 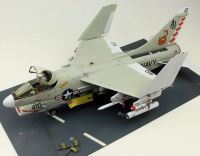 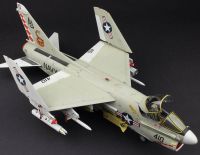 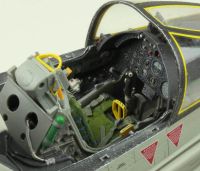 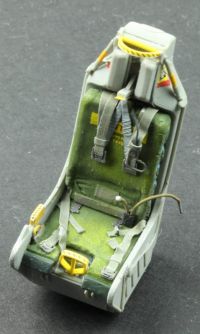