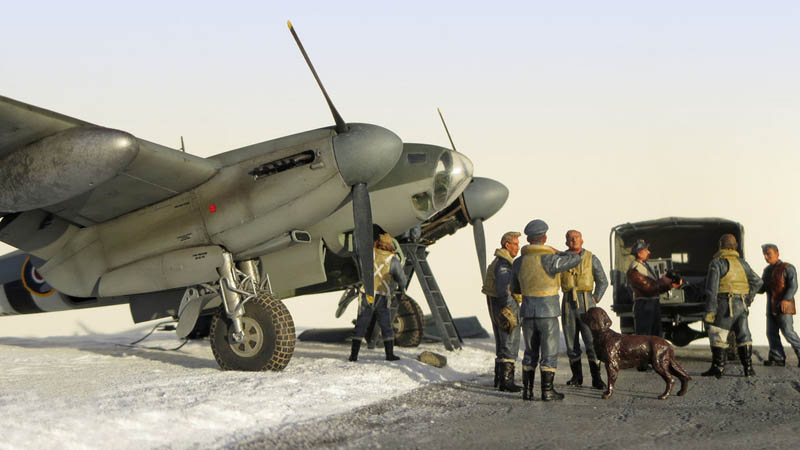 My goal was to depict one of the planes used by the RAF Film Production Unit (FPU). These Mosquito's were used to document some of the daring low level operations, mostly done by 2nd TAF. These camera planes participated in some of the famous operations against German targets, Gestapo Headquartes, Amiens Prison Break etc...

In the beginning these planes were modified, to carry a cine camera mounted in the nose. Later 35 mm handheld cameras were being used and by the summer of 1944 they were fitted with an additional Perspex panel in the nose. This provided more glass for the cameraman, who by now, was moving around the cockpit trying to get footage of the operations.