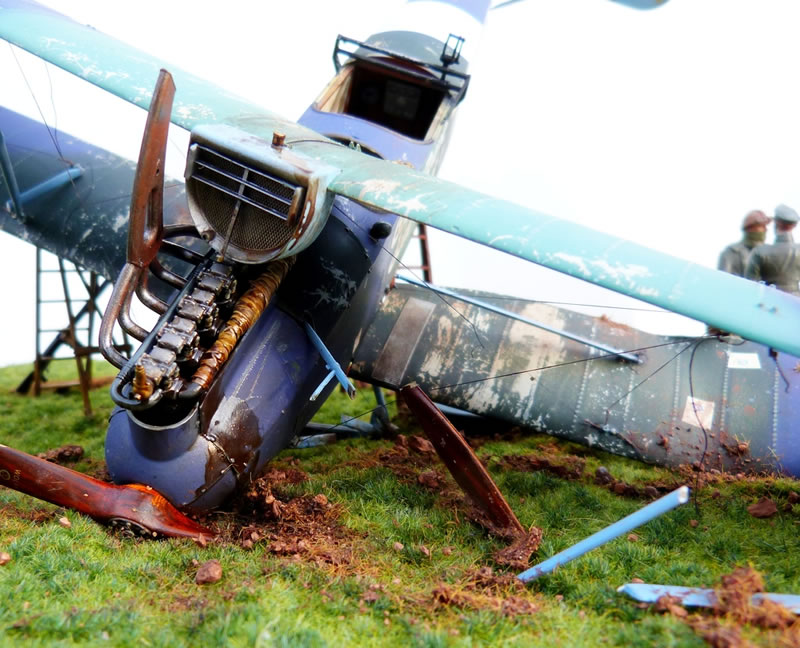 Those of you on Facebook may have seen my tired and battered warhorse Rumpler. I did some Marmite-method chipping on her. Unfortunately I dropped the damn model right at the end of rigging. Hence this new diorama, which involved some bending over a candle and some snipping and rearranging, including the prop. Idea was that she's ground looped after a forced landing. I'd already done the figures. The base is Meadow scene meadow grass and some fake earth. 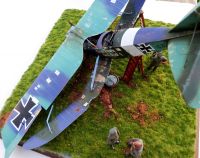 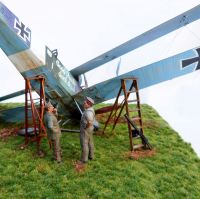 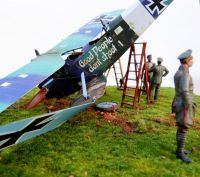 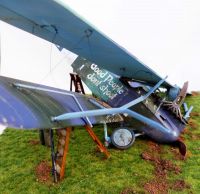 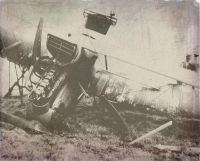 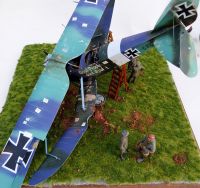 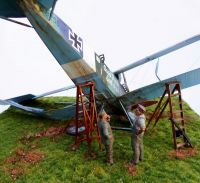 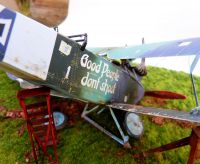 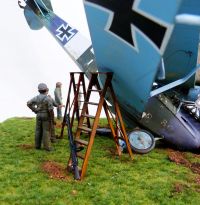 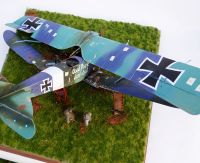 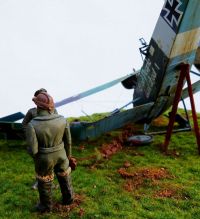 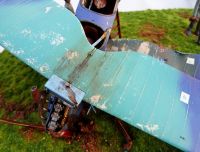 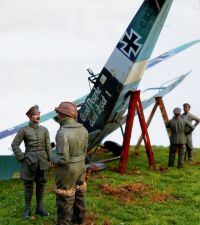 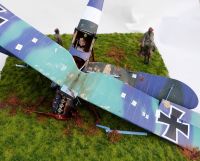 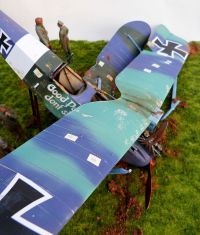