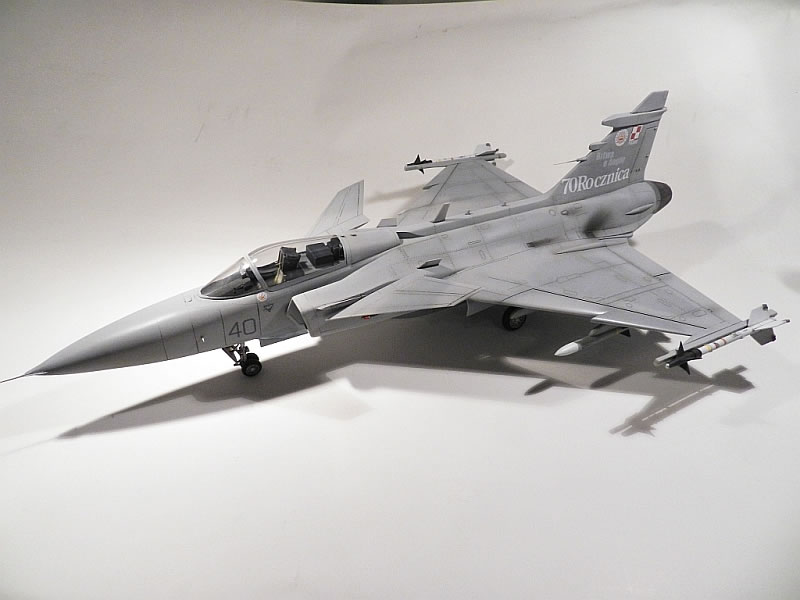 Beside science fiction, "What if" is my favourite genre of modelling. Not much of my models have real markings. Few years ago there was a tender for multirole fighter in Poland, also known as a "Tender of Century". There was three competitors: Mirage 2000, F-16C Blk. 52+ and JAS-39. F-16 won, although there were a lot of controversy around this choice. I really hoped that Gripen will win and...to be honest...I still think that it could be a better solution for Polish Air Force.

I bought Paragon Design resin seat replacement and Techmod 1/32 F-16 decal set. Surprisingly, Revell seat was significantly smaller than resin one...and of course resin was too big to fit into cockpit tub. So seat from kit was used. Revell missiles were awful so I've used Sidewinders and Amraams from Trumpeter missile set. Pitot tube and angle of attacks probes are from Master.

Painting was done with Mr. Hobby, H306 and H308. Panel lines were washed with Tamiya Panel Liner and additional weathering was done with Tamiya pigments and Smoke paint. After gloss coat model was ready for decals. Techmod set is really well printed but decals are very thin. I found them very difficult to use. They were tearing apart during every move. Finally, when delcals were completely dry, I've finished my polish Gripen with flat coat from Mr. Hobby. 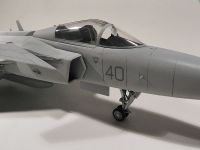 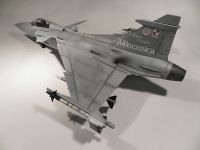 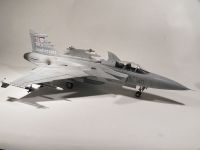 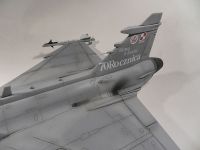 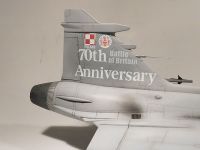 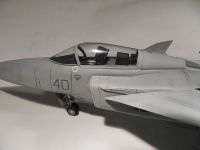 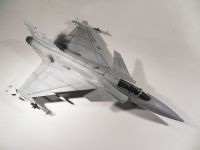